Hide Search
You are here: Home / Articles / How the Government should boost the alcohol-free beer industry

The UK has long been a nation of drinkers. Now though, our habits are changing with almost half of us shunning alcohol during a typical week.

Sales of alcohol-free and low-alcohol drinks are on the rise too, with a 20% increase between April 2017 and April 2018. This trend is likely to continue, with big brewers such as Budweiser owner AB-InBev pledging a fifth of its output to low-alcohol and non-alcoholic beverages by 2025.

Alcohol isn’t all bad – alcohol duty boosts Government coffers by around £11 billion a year for starters. But it also costs the Government money and resources to deal with the impact alcohol has on health, society and the economy.

Clearly, banning alcohol or increasing alcohol duty isn’t an answer – few people would vote in a party that put that in its manifesto.

However, with the UK’s burgeoning low-alcohol and non-alcoholic drinks industry in the UK and people’s attitudes to alcohol changing, the Government now has the perfect opportunity to encourage us to drink less alcohol, without resorting to policies that will lose votes come election time. 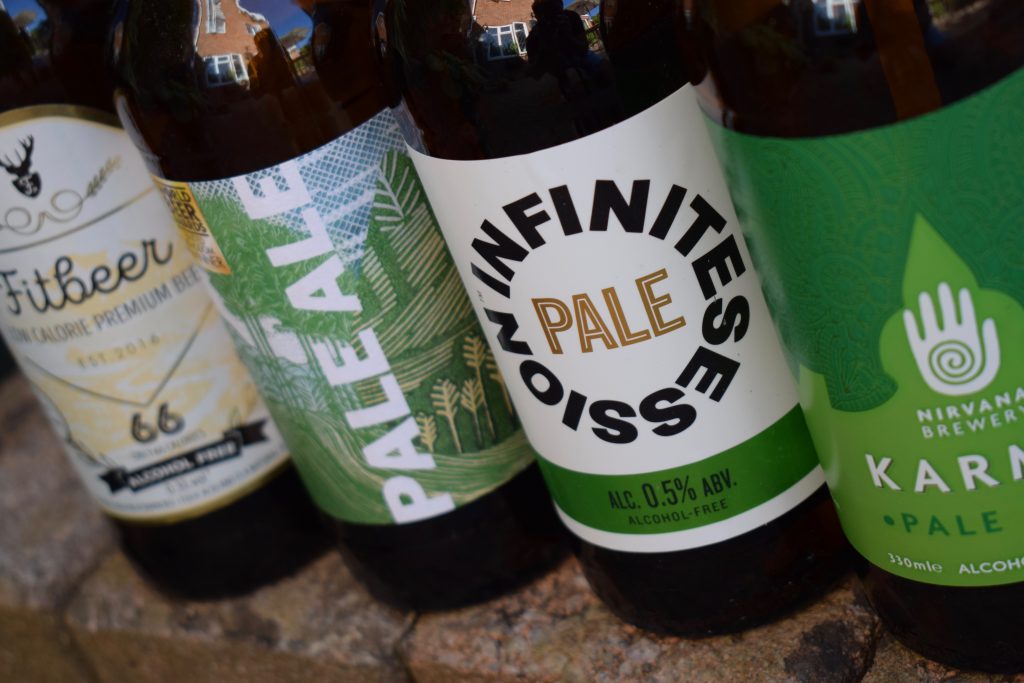 Here are 3 things the Government should do to boost the alcohol-free beer industry:

The current labelling rules for food and drinks that contain alcohol are confusing for producers and consumers. The rules also prevent UK producers from competing fairly with their foreign counterparts and include loopholes that allow unethical producers to mislead customers lawfully.

The main issue with labelling surrounds the unhelpful description of “de-alcoholised” for drinks under 0.5% ABV.

This suggests that these drinks have had their alcohol removed. This is true with some drinks under 0.5%. But many of low-alcohol beers are fermented to produce a low alcohol drink naturally without the need to remove alcohol afterwards. This makes the “de-alcoholised” label misleading and confusing for consumers.

Another issue is that drinks produced in the UK can only be labelled “alcohol-free” if they contain less than 0.05% alcohol. Meanwhile, producers in the US and Europe are free to label drinks up to 0.5% ABV “alcohol-free” and sell them in the UK.

With all other things being equal, would you choose a “de-alcoholised” beer over an “alcohol-free” beer when you’re browsing the shelves?

What about the description of “non-alcoholic”? Surely that’s OK even for drinks that don’t contain any alcohol? Nope, that’s oddly reserved for communion wine only.

We also have the ludicrous situation where a beer with 0.05–0.5% alcohol must be described as “de-alcoholised” but food and drinks that contain more alcohol than a 0.05% alcohol, such as rye bread, vanilla essence, soy sauce, bananas and apple juice, don’t need to mention alcohol on the labelling.

Another outdated rule concerning alcohol labelling is that alcoholic drinks up to 5.5% ABV are allowed a “tolerance” of 0.5% ABV either side of what’s shown on the label.

Brewing giant Molson Coors has already legally taken advantage of this rule – it brews its Carling lager to 3.7% ABV but labels it 4% to reduce the amount of alcohol duty it pays. What’s stopping unethical brewers doing the same so they can label a 0.5% ABV beer as 0% to appeal to consumers who want a beer that’s completely free from alcohol?

In early 2018, the Government launched a public consultation on changes to labelling. And while some people – notably producers that focus on making drinks under 0.05% – are against labelling 0.5% drinks as “alcohol free”, the sensible thing would have been to allow this.

After all, you can’t get drunk on 0.5% beer and UK licensing laws only apply to drinks above 0.5% ABV.

However, the Government decided not to change the rules on labelling of low-alcohol drinks. And there’s been no mention of changing the rules regarding the tolerance allowed on alcohol labelling either. With the boom in low-alcohol brewing coupled with modern brewing techniques that have less margin for error when it comes to measuring a beer’s ABV, this is surely at least due a review.

There have been hundreds if not thousands of studies into the effects of drinking alcohol, which have helped shape Government advice on drinking.

The problem is that most of these studies have focused on drinking normal-strength alcoholic drinks with few studies into the short-term and long-term effects of consuming drinks under 0.5% ABV.

This is sufficient when Government advice encourages us to not drink more than a certain amount of alcohol. But what about advice that prohibits all alcohol? Does this include drinks with trace amounts of alcohol? What’s the difference between drinking a low-alcohol beer and eating foods that naturally contain alcohol?

For example, the Department of Health advises pregnant women to not drink any alcohol during pregnancy and the NHS advises that any amount of alcohol affects your ability to drive. Does this mean we should go easy on the soy sauce and apple juice as well as avoiding low-alcohol drinks? Consumers need better information to the right decision.

There has been one small study (in Germany) on 0.4% beer, which shows it doesn’t make you drunk. But we need the Government to fund more research into the short-term and long-term effects of drinking beer and other drinks under 0.5% – if only to confirm once and for all that they’re completely safe.

This increase in breweries isn’t just good news for consumers, who now enjoy better quality beer and have more choice at the pumps and on the shelves. It’s good news for the Government too with UK beer exports generating around £600 million a year. This is despite sales of beer falling 25% in the UK from 2004 to 2016.

One of the reasons for this boom in brewing is a scheme introduced by the Labour Government in 2002 called Progressive Beer Duty. This allows smaller breweries to pay up to half as much beer duty than large brewers.

Unfortunately, small breweries that produce alcohol-free and low-alcohol beer can’t take advantage of this tax break because beer duty applies only to beers above 1.2% ABV. This puts them at a disadvantage in relation to larger brewers, who have more resources and economies of scale at their disposal.

There are already some superb low-alcohol and alcohol-free brewers out there. Tax breaks for smaller producers would allow these breweries to grow, while encouraging more small brewers to enter the market. This would provide more choice and quality for consumers, give a boost to regional economies and take some market share away from the big brewing corporations, many of which are not UK based.

My thanks go to Laura Willoughby of Club Soda, who run workshops for the on trade on providing low and no alcohol drinks, for their initial help with this article, and Rob Fink of low-alcohol brewery Big Drop Brewing Co.

Calories, carbohydrates and sugar in alcohol-free beer
Six of the best alcohol-free craft beers
Non-alcoholic beer wholesalers in the UK