Set up in 1996, way before the recent boom in new UK breweries, St Peter’s Brewery is an independent brewery located near Bungay in Suffolk.

Although it’s not a specialist low alcohol brewer, it’s well-known for its alcohol-free “Without” range of beers as well as its distinctive oval bottles. 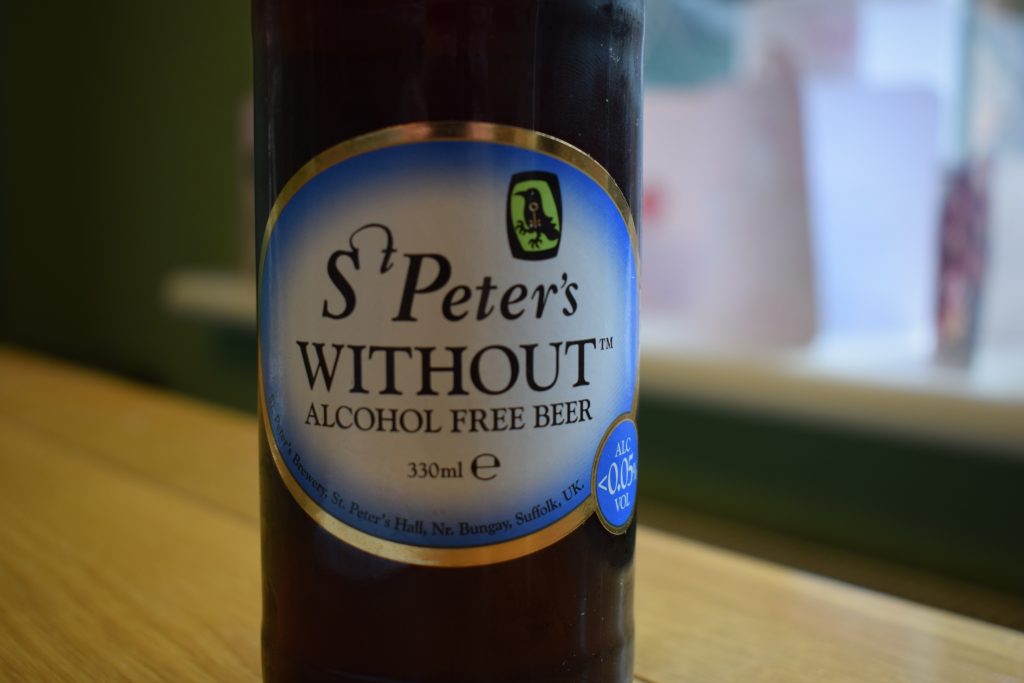 Interestingly, the brewery’s owner John Murphy was involved in the branding of Guiness’s alcohol-free lager “Kaliber” in the 70s. And it was John’s cancer diagnosis in 2013, which prevented him from drinking alcohol, that led to the development of the brewery’s no alcohol beers.

After three years in development, the brewery launched its version of Without in 2016. It followed that up with a golden ale version called “Without Gold” and a version using organic ingredients.

You can buy Without in many major supermarkets in bottles. Its also available on tap in selected JD Wetherspoon and Stonegate pubs and in the brewery’s London pub, the Jerusalem Tavern.

Unlike many low alcohol and alcohol free brewers, St Peter’s doesn’t remove the alcohol from its beers to get the alcohol content down. However, the brewery’s staff must sign a non-disclosure agreement to keep the process they use a secret.

St Peter’s also doesn’t use unusual ingredients like lactose to add more body to the beer.