“Galactic” by Big Drop Brewing Co is a malty milk stout with cocoa and vanilla flavours and aromas. Find out how it tastes, plus get stockists and nutritional info including calories and ingredients.

When I think of stout, my mind instantly wanders to those deliciously high-ABV milk and imperial stouts from the likes of Vibrant Forest and Siren Beer Co.

That said, I’ve recently stumbled on some great sessionable stouts in my quest to be more adventurous in my beer drinking. I particularly enjoyed a draught pint of Hopback Brewery’s “Entire Stout” on Christmas Day, which comes in at 4.5%.

One thing that sticks out on the sessionable stouts is the mouthfeel, with many verging on being a little too watery. I was keen then to try Big Drop Brewing Co’s “Galactic” milk stout. How would it stack up, not only on mouthfeel but on taste too?

Big Drop specialises in low alcohol beers and this one is just 0.5% and is gluten free (less than 20PPM of gluten) in most regions (check the label as this may differ depending on where it’s produced).

As with all milk stouts, one of this beer’s ingredients is lactose (a sugar derived from milk). Lactose adds sweetness, because the yeast doesn’t turn this sugar into alcohol.

This beer also contains cocoa nibs – the insides of a cocoa bean – along with the usual water, yeast, malt and hops (Bramling Cross). Plus rye and oats.

Galactic has 27.5 calories per 100ml, which is higher than most NA pale ales but much lower than your average full-strength stout.

The first thing that struck me, despite pouring the beer carefully, was the fluffy tanned head it created in the glass.

Some might not like this. But for me, there’s something about a big head on a dark beer that makes it more appealing. The beer also looked to rival the consistency of a traditional stout in the glass.

The aroma is also impressive – there’s a strong smell of malt you get with most good stouts, with a little cocoa and coffee.

Flavour-wise, the dark malts bring out the taste of coffee and cocoa, as promised by the aroma. There was also hints of vanilla and nut. The bitterness grew as I drunk more it, but it was well-balanced with the sweetness provided by the added lactose. There’s quite a dry finish, so it might not quench your first like a low-alcohol pale ale.

And while the consistency of this stout is never going to rival a high-ABV imperial stout, it had a lot of body in the mouth and wasn’t as watery as I expected.

It was well-carbonated too, which helped bring out the flavours. It lost a lot of its fizz quickly, but never went flat and was always tingly on the tongue.

Galactic is a fantastic low-alcohol beer. Not only does it look gorgeous in the glass, but the aroma and flavour deliver too.

It’s lovely as a post-dinner dessert beer or as an (almost) guilt-free Sunday afternoon treat. 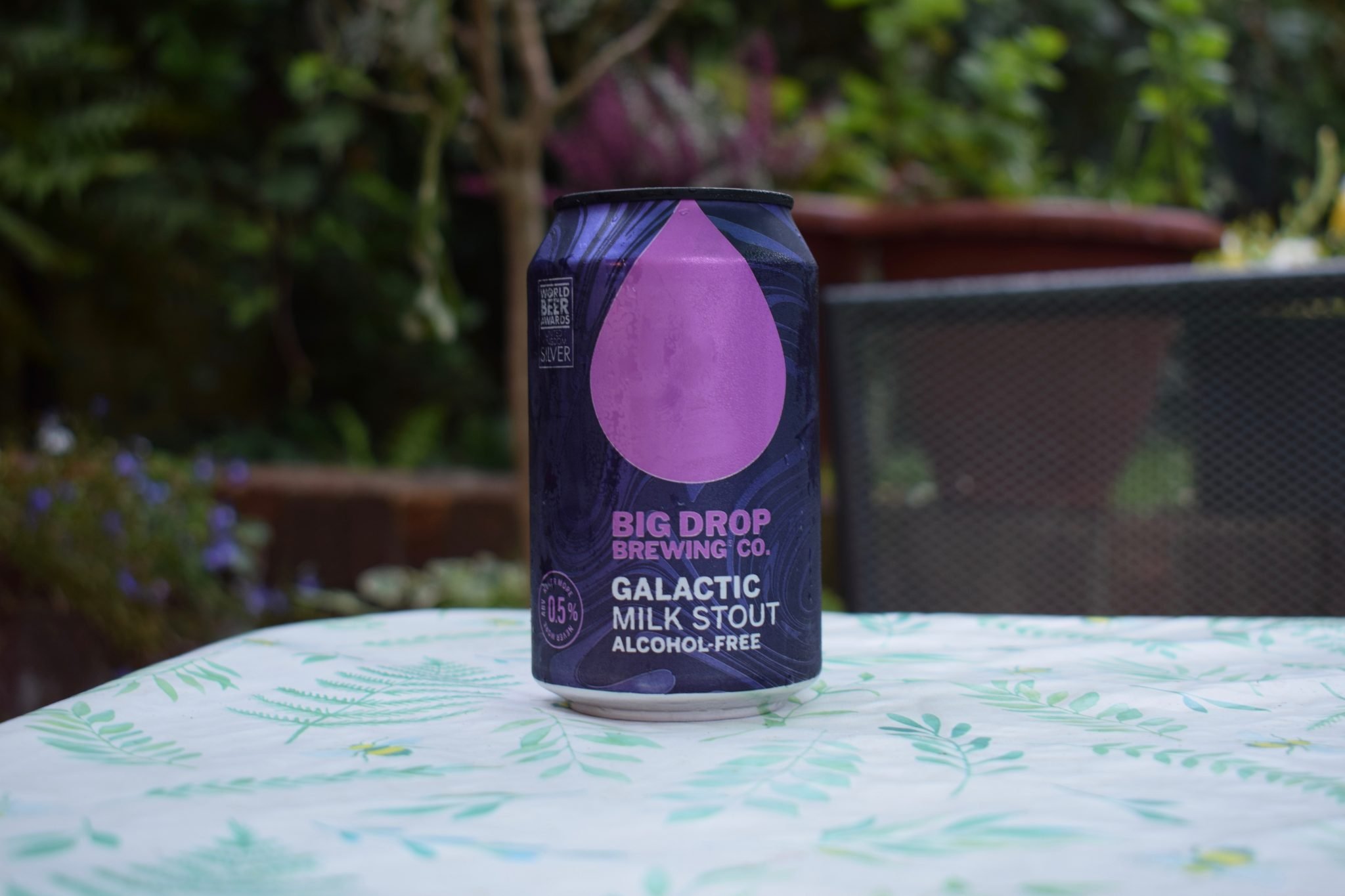