“Pure Jock” is a zero alcohol scotch ale from Scotland’s Broughton Brewery. Get info on ingredients and where to buy, plus tasting notes, in this review.

A few weeks ago, I pointed out that Yorkshire may be the UK’s non-alcoholic beer capital.

Scotland must come a close second – if we’re allowed the count countries as well as counties.

Not only is it home to “Nanny State“, the beer that arguably kick-started the modern non-alcoholic beer revolution in the early 2010s. But it’s also the location of plenty other non-alcoholic beers, including those from specialist NA brewers Jump Ship, Days and Coast and specials from brewers of standard-strength beer such as Harviestoun, Tempest and Drygate.

Broughton Brewery has been around since 1979, making craft beer well before the term existed. The brewery has changed hands since then, but head brewer Ian Smith has been a mainstay for more than 30 years. It now focuses on a mix of traditional modern beer styles, including a range of Scotch ales – a sweet, malty ale originating in the Edinburgh area and also known as “wee heavy”.

Scotch ales usually have an alcohol by volume (ABV) in excess of 6%. Not this one…

“Pure Jock” (0%) is Broughton’s non-alcoholic scotch ale, developed with help from breweries in Barbados and French Guyana and based on its flagship full-strength “Old Jock” beer.

Pure Jock’s ingredients are pretty simple – malted barley and rye in the grain bill along with hops and water.

It’s not labelled as gluten reduced or suitable for vegans.

There’s no nutritional info available for this one, so it might be one to avoid if you’re monitoring your calorie, carbohydrate and sugar intake.

Pure Jock is lively on opening but the carbonation soon calms, turning a large head of foam into something more modest.

It’s a tawny colour; the head is off-white.

The aroma is varied with a little sweetness, featuring toasted wholemeal bread, plum, liquorice and a touch of lemon. There’s also a touch of unfermented wortiness plus some earthy characteristics from the hops.

Despite the liveliness on pouring, the carbonation doesn’t last into the first few sips, leaving it a bit flat.

The medium body holds up well, and provides a weighty consistency.

I’m sorry to say I struggled with Old Jock once I’d tasted it. It’s excessively sweet, even for the style.

A pity really as there are some lovely flavours lurking behind the sweetness – roasted barley, cocoa, raisin, plum, brought together by a woody quality and a little wholemeal bread.

The sweetness continues into the finish and beyond. There’s no bitterness.

In summary, much too sweet. Which brings down its overall score by quite a bit.

But some good flavours in the aroma and taste, and a decent body – if a bit lifeless. 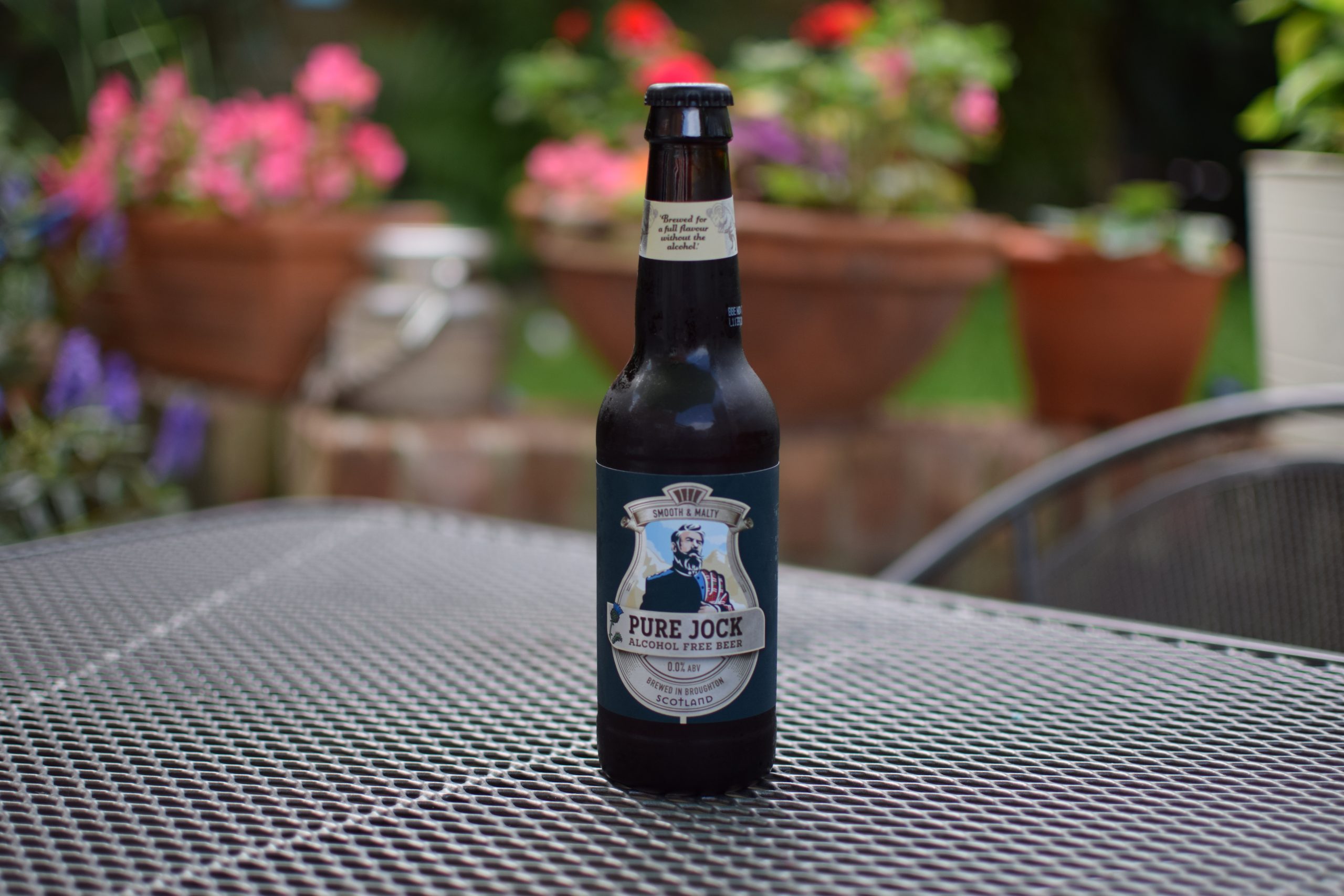