“Polaris” by Divine Brewing is an ultra-low-alcohol (0.5%) porter-style beer. In this review, get tasting notes and info on stockists, calories, carbs and sugar.

Liquorice in a beer?

Actually, it’s not a crazy concept. The malts in loads of beers – especially dark beers like stouts and porters – already create liquorice and aniseed flavours (both have the same flavour compounds).

Why not enhance those flavours by adding some actual liquorice?

That’s exactly what some brewers do. Some use the root, others use an extract.

In both cases, the aim is to inject some flavour without pulling in too much of liquorice’s undesirable bitterness.

The result is usually a flavoursome beer that also features some of the plant’s potential health benefits.

Polaris is one of several beers the Salisbury-based specialist NA brewer produces. Founded in late 2019, it wasn’t until 2021 – after months of research and testing – that the brewery released its first brew.

One of the brewery’s guiding principles is to “honour traditional brewing processes,” which is probably why Polaris is brewed to be low in alcohol rather than having the alcohol removed.

Apart from the addition of the liquorice root, the ingredients are pretty standard too. A complex mix of 10 (yes, 10) different grains including barley malts, oats and wheat provides the foundation. Water, yeast and hops – although there’s no word from the brewery on hop varieties – make up the ingredients list.

The packaging and ingredients make it suitable for vegans. It’s gluten-free too (less than 20 parts per million).

Polaris pours black in the shade; deep ruby in the light. It looks smooth with lots of foam that develops a bouncing beige head.

There are signs of dark malts and low-alcohol yeast in the aroma.

No detectable liquorice aromas though.

The body is full and smooth with gentle carbonation. All those dark malts give it a dry texture.

The flavours on tasting, although similar, lack the depth of the aroma. But there’s still a variety of flavours present, with a malt start featuring coffee and roasted barley followed by a fruitier finish that showcases grapefruit and cherry. The fruit flavours bring a hint of sourness.

The bitterness is low for a porter with bitterness provided more by the malts than the hops.

Polaris doesn’t provide all the characteristics of a classic porter. But the mix of malty and fruity flavours is interesting.

This is a drink I’d reach for again. 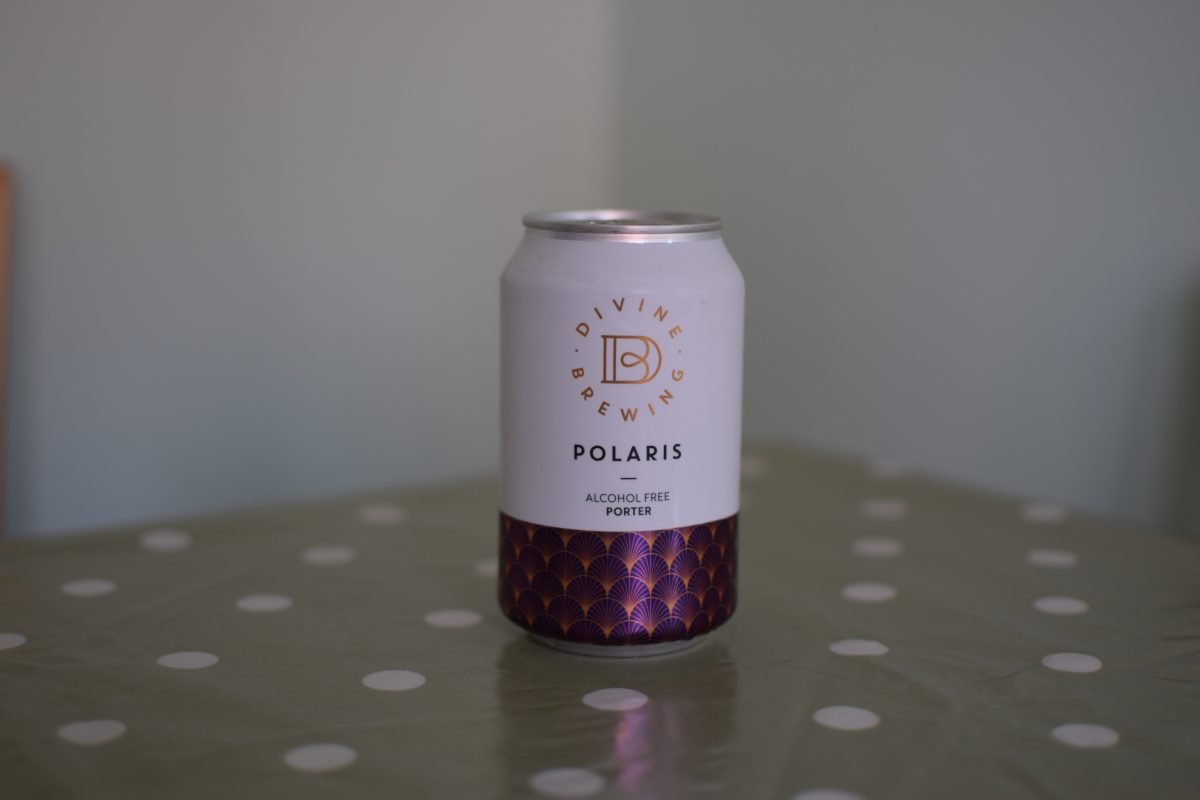