“Nowt Mary” is an ultra-low-alcohol (0.5%) milk stout beer from Yorkshire’s Ilkley Brewery. Find out how it tastes and get info on stockists, calories, carbs and sugar in this review.

In the early days of the recent non-alcoholic beer revolution, one of the criticisms aimed at producers is that they relied too much on lactose – milk sugar – as an ingredient.

This is because lactose can contribute to the body of the beer, adding the weight that alcohol provides in standard strength beer.

Lactose also adds sweetness – even in beers that have the alcohol removed after fermentation – because it doesn’t get converted into alcohol like the majority of the sugars in the grains.

Now, more and more non-alcoholic brewers are shunning lactose in favour of other techniques and ingredients, if only to appeal to the growing number of people who follow a vegan diet.

But there’s one popular style where lactose will always be a mainstay in the ingredients, whether it contains alcohol or not – milk stout

Originally marketed as a type of health drink when it first emerged in the first half of the 20th century, milk stout doesn’t actually feature any of the goodness of milk. Yet the lactose does manage to give it a texture reminiscent of whole milk.

The mouthfeel-enhancing properties of lactose mean that milk stout is a semi-popular style for NA brewers, with producers like Big Drop, Nøgne Ø and Thornbridge including one on their books.

This Yorkshire-based brewery, named after the town it’s located in, is just over 10 years old. Nowt Mary is based on Ilkley’s “Stout Mary”, although that’s styled as an oat stoat rather than a milk stout.

As well as barley malt, Nowt Mary contains oats and wheat as part of its grain bill.

The hop varieties are Fuggle and Crystal.

Crystal is a newer US hop with similar characteristics as well as black pepper and cinnamon.

The presence of the lactose means it’s not suitable for those following an animal-free diet.

Nowt Mary looks opaque black on pouring, but reveals itself as a very dark ruby-brown when held to the light.

It generates a little light brown foam, which quickly settles to leave a small island and ring of bubbles. There’s an attractive oily film that develops on the surface as you sip.

A sweet and simple aroma reveals roasted barley, cinnamon, blackberry, a little coffee and honey and a squeeze of grapefruit.

The grapefruit may be from the yeast esters rather than the hops.

The mouthfeel is light to medium with a slightly syrupy texture. A light carbonation is pleasant on the tongue.

The flavours on tasting – as with the aroma – are simple.

A foundation of deep-roasted barley supports more cinnamon, coffee, blackberry and even a touch of citrus. All the while, this is backed by a fresh and herbaceous character.

The cinnamon aids the dryness. The bitterness is low despite the hops and dark malts, but it grows sip on sip.

The flavours are subtle, but pleasant and the mouthfeel is up to par without too much carbonation. 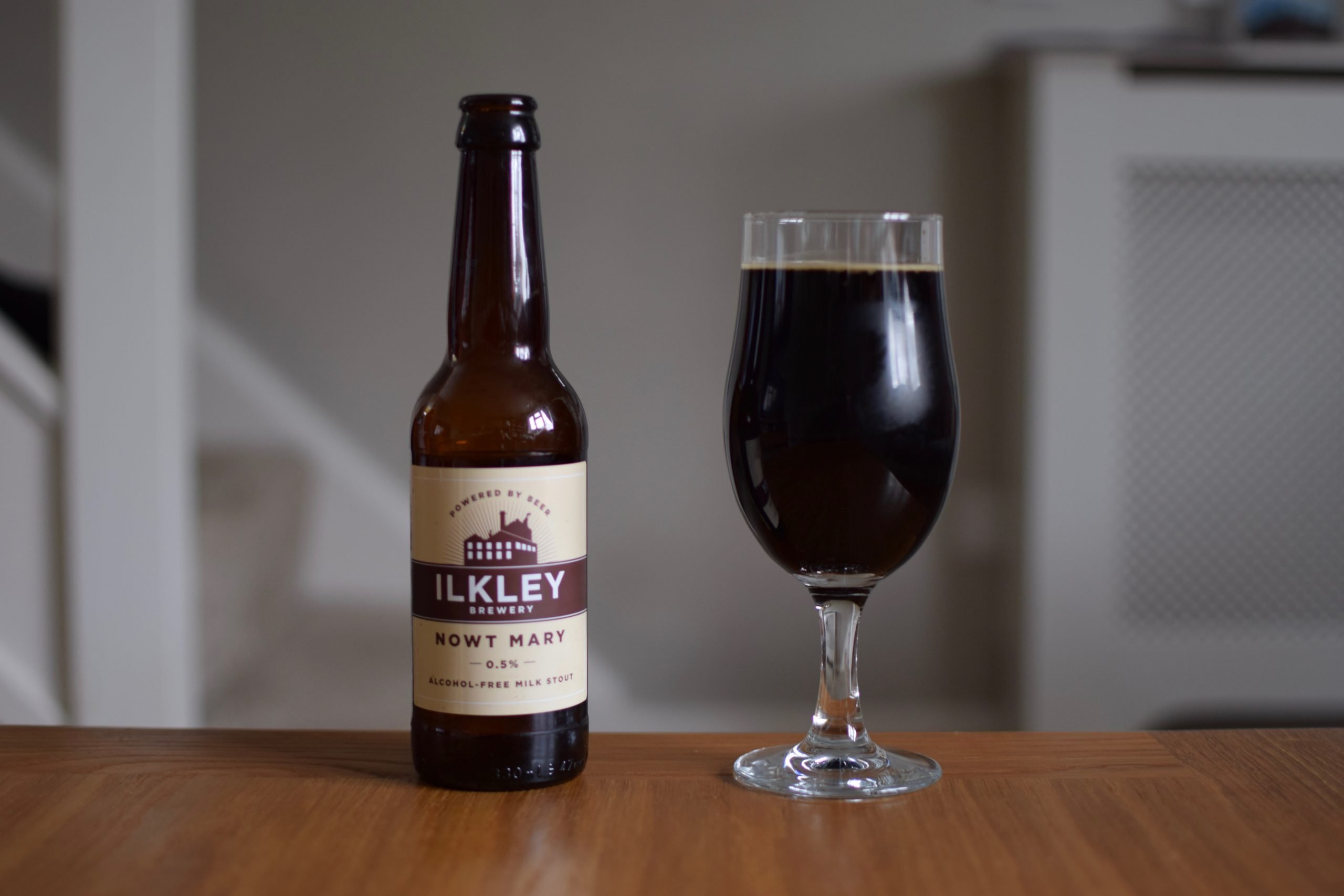