“Sam’s Brown Ale” is a 0.5% brown ale from the Samuel Smith brewery. Get tasting notes plus info on where to buy and nutritional info, in this review.

Whether it’s a ban on electronic devices and lack of music and TVs in its pubs, or its old-school branding featuring the Yorkshire rose, Samuel Smith’s Brewery like to keep things traditional.

Which is why I was surprised to see it producing a non-alcoholic beer – “Sam’s Brown Ale”. Not that I’m complaining.

I suppose it does fit with the brewery’s ideals somewhat, as its focus is one the rituals around drinking alcohol, rather than the alcohol itself, as well as the traditions.

And what a tradition this Yorkshire brewery can boast. Set up in 1758, it took the name Samuel Smith in the 19th century to distinguish it from the rival John Smith’s brewery, owned by the same family.

Throughout the 20th century, the brewery continued producing many beers styles that other breweries had jettisoned, such as a mild and an oatmeal stout. Yet it also produced a lager in the 1960s, which was unusual for a British brewery, and a sign that Samuel Smiths isn’t afraid to move with the times when it needs to.

Which leads us back onto this non-alcoholic beer, launched in 2019 to meet the new demand for alcohol-free drinks.

The ingredients, packaging and production processes are vegan friendly.

For comparison, there are more than twice as many calories but less sugar in Samuel Smith’s similar full-strength “Nut Brown Ale” (44 calories and 0.4g sugar per 100ml).

Sam’s Brown Ale pours a dark plummy colour, a shade or two from full-on blackness. It produces a caramel-coloured head and has plenty of signs of life as it settles into the glass.

In the mouth, it’s full bodied with smooth carbonation similar to a cask ale. It doesn’t cloy and feels like a proper beer.

The taste isn’t quite as impressive as the aroma, despite sharing many of the same flavours including liquorice, hazelnut, cocoa and wholemeal bread. Raisin also features, adding more sweetness.

The coffee flavours in the taste are a little more stale than in the aroma.

There’s a slight sourness at the end of each sip, which merges nicely with the sweeter flavours. Hop bitterness then takes its place as the beer warms and you get used to the initial flavours.

Sure, the taste doesn’t quite live up to the aroma. Otherwise, this is a deliciously rich and filling beer that’s especially suited to those darker evenings. 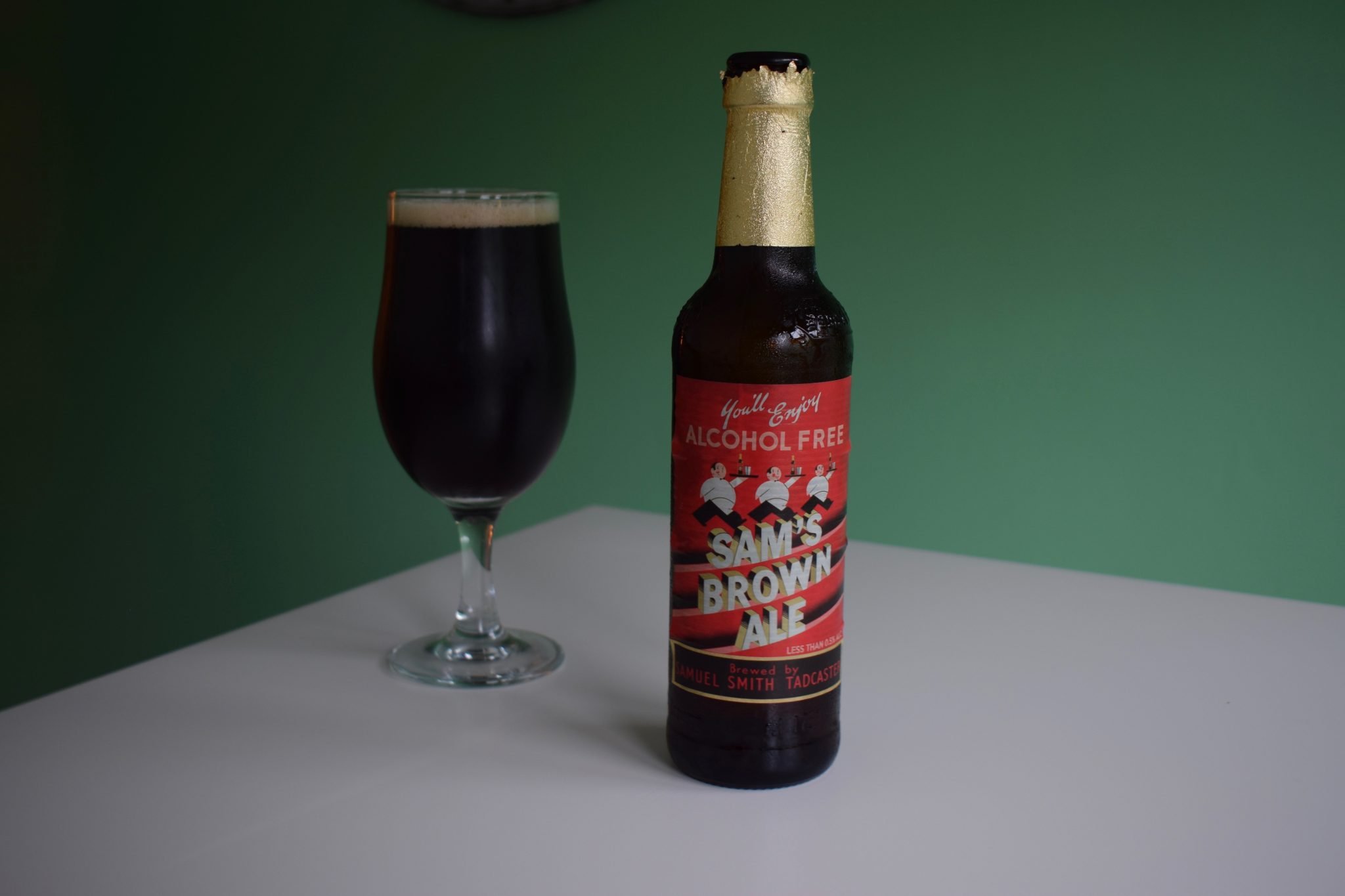