“Sainte Etienne Alcohol Free” is a 0% version of Aldi’s own-brand lager (0.5%). Get tasting notes and info on ingredients, calories, carbs, sugar and stockists in this review.

One of my favourite things about shopping at so-called “discount” supermarkets Lidl and Aldi is spotting their cheeky imitations of well-known products.

From butter, to breakfast cereal and jaffa cakes, it seems there’s not much brands can do to stop Lidl and Aldi from copying their designs and – with mixed results – mimicking their recipes.

Not that they haven’t tried. In 2015, beer behemoth AB-Inbev took Aldi to court in Europe over Aldi’s “Buval” beer, arguing the design was too similar to the design on AB-Inbev beer’s “Jupiler”.

Then earlier this year, Scottish brewer Brewdog publicly accused Aldi of copying its branding. But this also ended well for Aldi, with Brewdog creating a special beer (“Ald IPA”) for the discounter.

Which is why I think Aldi missed a trick with the design of their “Sainte Etienne Alcohol-Free” beer, a non-alcoholic version of its full-strength “Sainte Etienne” lager.

Coming in at less than a quid a bottle, a clone – branding wise at least – of Beck’s “Blue” wouldn’t have seemed out of place.

In reality though, Sainte Etienne Alcohol-Free comes in a 500ml bottle (rather than the more common 330ml size) with the only nod to Beck’s Blue being a little blue colouring on the design – a colour commonly associated with non-alcoholic beer since Ambar started using it for alcohol-free beer in the 70s.

Sainte Etienne Alcohol-Free is produced for Aldi in France.

There’s lots of fizz with a good head initially. But this soon dies to leave only pin pricks of foam. From a distance, it looks lifeless although you can see the bubbles continue to rise as you take a closer look.

The opening aroma is gorgeous. Simple, clean malty aromas are joined by a twist of pepper and caramel.

Eventually, a little sweetcorn joins in but it doesn’t degrade from the other aromas significantly.

My experiences with supermarket lagers from France prepared me for a fizzathon. But the carbonation is pretty gentle and could probably do with a bit more fizz.

The medium body has no stickiness or tackiness.

Sainte Etienne Alcohol-Free has high bitterness, but it’s interwoven with clean lager malt flavours. But that’s as far as the flavours go, with none of the depth of the aroma.

There’s a very slight sour snap at the end of each sip and a barely noticeable sulphur flavour emerging after a few sips.

Sainte Etienne Alcohol-Free is a reliable beer. The taste doesn’t quite live up to the aroma and mouthfeel. But the clean flavours will appeal to anyone after a simple lager.

Just watch out for that sugar if you’re sinking several in a session – 9g a bottle soon adds up. 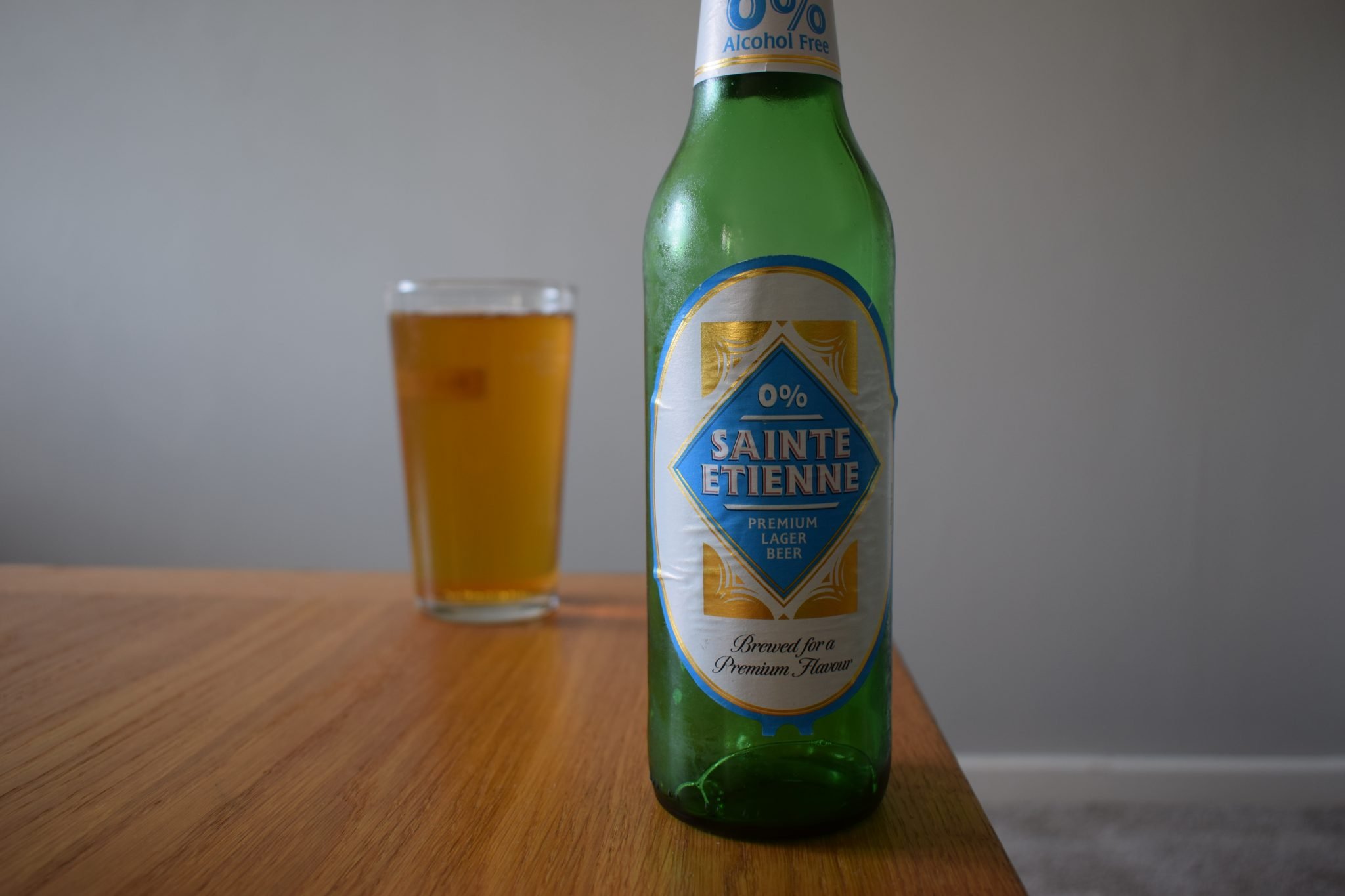