Budweiser “Zero” (formerly “Prohibition Brew”) is the US brewery’s 0% non-alcoholic lager. Get tasting notes and nutritional info in this review.

When prohibition hit in the US in 1920, Budweiser’s parent brewery Anheuser-Busch decided to concentrate on selling brewer’s yeast, malt extract, ice cream and the curiously named “Bevo” drink.

Bevo was a non-alcoholic malt drink or “near beer” that came in under 0.5% ABV to get around the laws of the time. It fell out of favour in the late 20s when everyone was allowed to get drunk again.

Fast-forward almost 100 years and prohibition came back, this time as the name of Budweiser’s take on alcohol-free beer.

Prohibition was brewed to the same recipe as the alcoholic version. The brewery removed the alcohol in by heating the beer in a vacuum. It also used a brewing process that stops all of the malt fermenting.

Budweiser has come up with a new recipe for Budweiser Zero and teamed up with former NBA star Dwayne Wade to design and promote it.

The brewery says it uses the latest technology to create a beer free from alcohol, although it hasn’t revealed its methods.

As you’d expect from one of the world’s best selling beer brands, this is no craft beer. A check of the ingredients confirms this – as well as the basic beer ingredients of water, barley malt and hops, Zero also contains “natural flavours” and rice.

Rice is quite common in mass-produced beer because it’s fermentable but doesn’t add as much flavour as grain like barley and wheat. So it’s perfect for those who don’t like overpowering flavours in their beer.

There’s no hop or malt extracts in Zero. These featured in the ingredients in Prohibition.

Budweiser Zero pours clear amber with few bubbles and little head. It looks a bit sad and flat in the glass.

The aroma is weak, but inoffensive enough.

The malt aromas is led by a corny character, which grows as it warms. The hop aromas are floral.

The body is thin. It’s one of the most watery non-alcoholic beers I’ve sampled.

The carbonation is low, with just a light tickle of bubbles making it almost flat.

Like the aroma, the flavour is weak and one-dimensional initially.

Some maltiness emerges eventually, characterised by sweet and sickly honey and a touch of sweetcorn.

The bitterness is low.

Budweiser’s owner AB-InBev wants 20% of its beer to be alcohol-free by 2025. I wasn’t convinced Prohibition was going to help it reach that goal and I feel the same with Zero, despite the new recipe.

It’s not terrible, and certainly drinkable. But it’s not a patch on other low-cost non-alcoholic lagers like Free Damm or even AB-InBev’s own Stella Artois Alcohol-Free and Beck’s Blue.

That said, with AB-InBev’s marketing budget behind it, Zero could help raise the profile of low alcoholic beer in general.

And while it’s never going to compete with a low alcohol craft beer, fans of neutral-tasting lager might find it palatable. 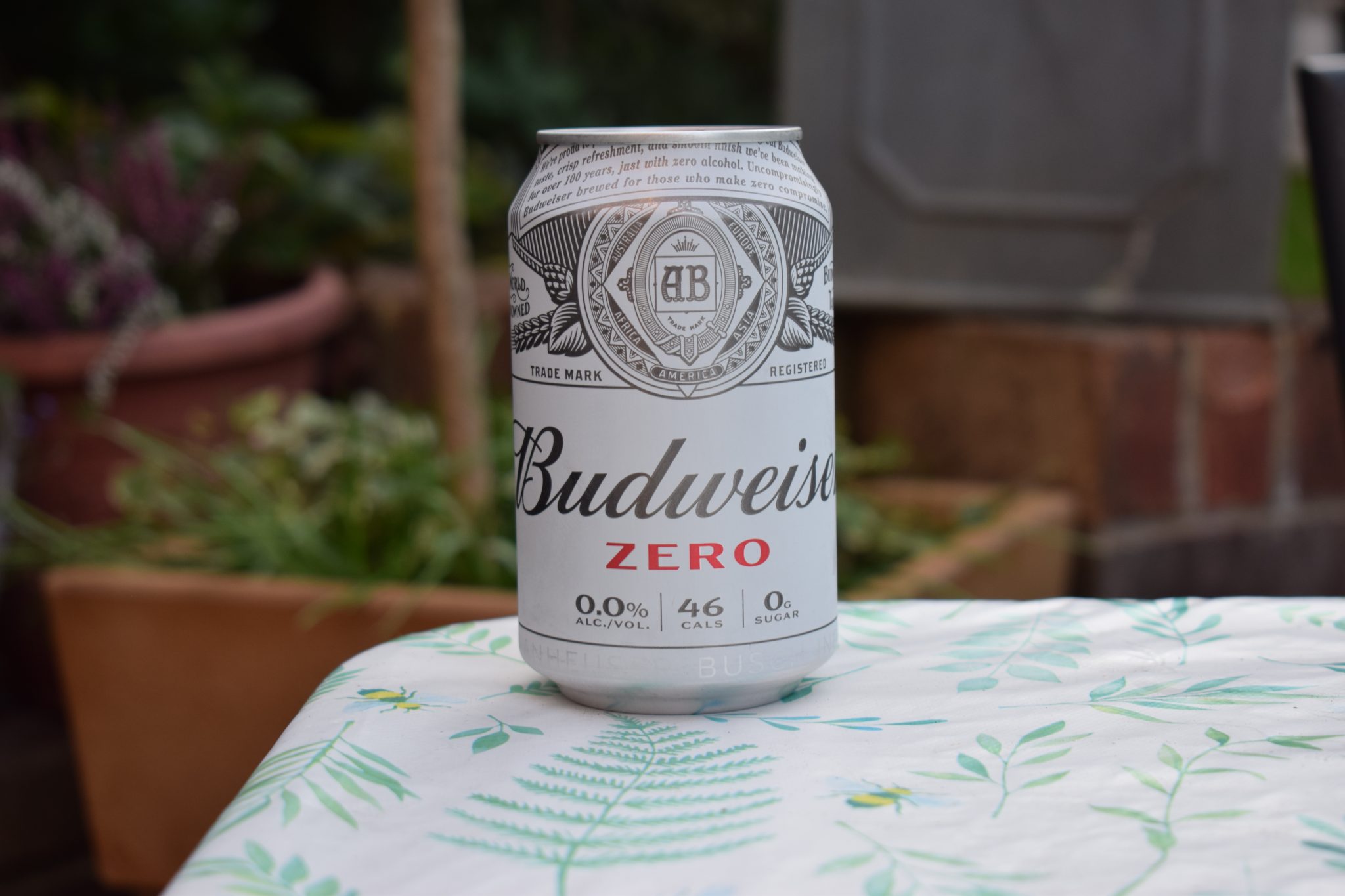