Sagres Sem Alcool is an ultra-low-alcohol (0.3%) lager beer from Portugal’s Central de Cervejas brewery. Get tasting notes and info on ingredients, calories and stockists in this review.

Despite reports of non-alcoholic beer sales flat lining in the US, they continue to grow in the UK with the market growing by almost 40% in 2018 and 2019.

A significant chunk of these sales is down to Heineken and its “0.0” beer, which has generated 73% more sales in 2018 compared to 2019. With nearly 1 in 5 non-alcoholic beers sold a Heineken 0.0, it’s now the second biggest selling alcohol-free beer in the UK behind Beck’s Blue and ahead of more established NA beers like Brewdog’s Nanny State.

As well as 0.0, Heineken has a significant chunk of the market thanks to its subsidiary brands, which also produce their own non-alcoholic beers.

These include Italy’s Birra Moretti Zero, Germany’s Furstenberg Alkoholfrei and Portugal’s Central de Cervejas “Sagres Sem Alcool”, which are all available throughout Europe.

The Central de Cervejas brewery is one of those established breweries that Heineken snapped up more recently. Established in 1934, the brewery started producing its Sagres lager-style beers in 1940.

This non-alcoholic Sagres “Sem Alcool” lager came on sale in 2005, and was joined by a dark version in 2007. Heineken snapped the brewery up in 2008.

How Sagres Sem Alcool is made

There’s 73 calories per 300ml bottle of Sagres Sem Alcool (compared to 129 calories in the original).

The carb content is 16g per bottle with 8.5g of sugar.

The aroma is simple with lots of straw before a pale maltiness shines through. There’s also some lemon, which contributes to a sweet and slightly sickly smell.

The mouthfeel is syrupy and the beer lacks body. The carbonation is smooth making it gentle as it slips down your throat.

The taste is even less pronounced than the straightforward aroma. It’s wheaty, with the pale malts leading into a weak bitterness that grows and is in danger of overwhelming the other flavours until the sugars fade in.

The bitterness reappears at the end of each sip but it quickly dissipates.

Overall, the flavour is all a bit of nothing but it’s easy enough to drink.

Sagres Sem Alcool was everything I expected it to be – a bang average yet drinkable beer.

This beer won’t set your world alight. But it does make a decent alternative to Cola et al when you’re not drinking. 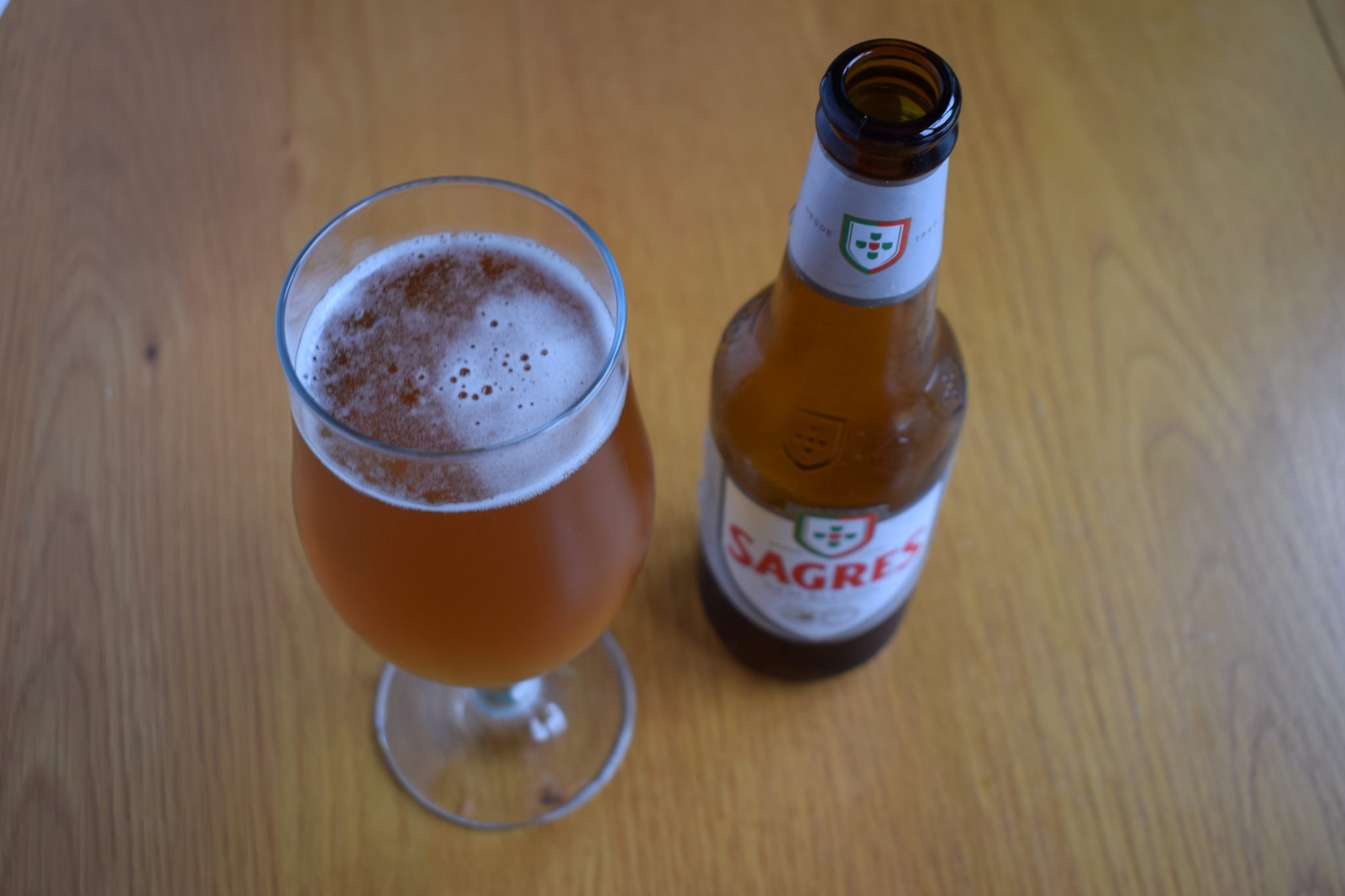