“Freestar” is a non-alcoholic (0%) lager-style drink. Get tasting notes and info on calories, carbs, sugar and stockists in this review.

I’ve lost count of the number of times some wise ass has told me that non-alcoholic beer isn’t really beer.

It’s made from water, hops and malt. It’s fermented. And it almost always contains a little alcohol – from trace amounts up to 0.5% ABV (alcohol by volume).

But are there any non-fermented beer-flavoured drinks out there masquerading as non-alcoholic beers?

Although the producers of these drinks are unlikely to admit it, yes there are. And I don’t have anything against beers made in this way. So long as they taste good that is.

“Freestar” is one such beer. We know this, because the makers are open and honest about the processes they use. Good on ’em I say.

How Freestar is made

Freestar’s brewers – if you can call them that – use an alcohol-free process that skips fermentation altogether.

Instead, they blend malted barley with citrus oils (bergamot, pomelo, lemon, lime) and Perle hops, a variety known for its spice, orange and cedar flavours, which originated in Germany in the 60s and 70s.

Quite a recipe, which results in a more environmentally friendly production process according to the producers, with 80% less water and 70% less waste compared to the processes used in regular beer.

Despite an unusual blend of ingredients, the nutritional content compares to a typical fermented non-alcoholic beer with 18 calories, 4.4g of carbs and 1.4g of sugar per 100ml.

Freestar is gluten free and suitable for vegans.

Freestar pours a clear amber with a decent-sized fluffy head. So far so good.

Things began to go downhill when I gave it a sniff with aromas like nothing I’d ever experienced in a beer before. However, you might like the aromas if you enjoy a good gin as “botanical” is the only way I can describe the initial aroma. I suspect it’s that mix of citrus oils that’s responsible.

Apart from a synthetic aroma of cabbage, I struggled to detect any other aromas. Not a great start.

Freestar performs better when it comes to mouthfeel and body, which is soft and nicely carbonated if a little syrupy. There’s a dry finish.

I found the flavour synthetic too, but less sickly than the aroma.

It’s quite floral, with a summery blossom and rose petal taste and a sherberty, bitter finish making it nicely balanced.

Nothing like a beer, mind. And probably a lot more drinkable and appetising without that unconventional aroma.

Believe it or not, there are things I like about Freestar. I love the bold labelling. And I respect how the producers have had a go at producing a non-fermented beer-like drink with innovative processes and techniques.

Unfortunately, that doesn’t affect how I feel about the actual “beer”. Ultimately, I couldn’t get past the aroma. And while it has the body and mouthfeel that I’d expect in a decent beer, the flavour was also a bit too unusual for my taste buds.

Still, approach Freestar with an open mind and you might feel differently. 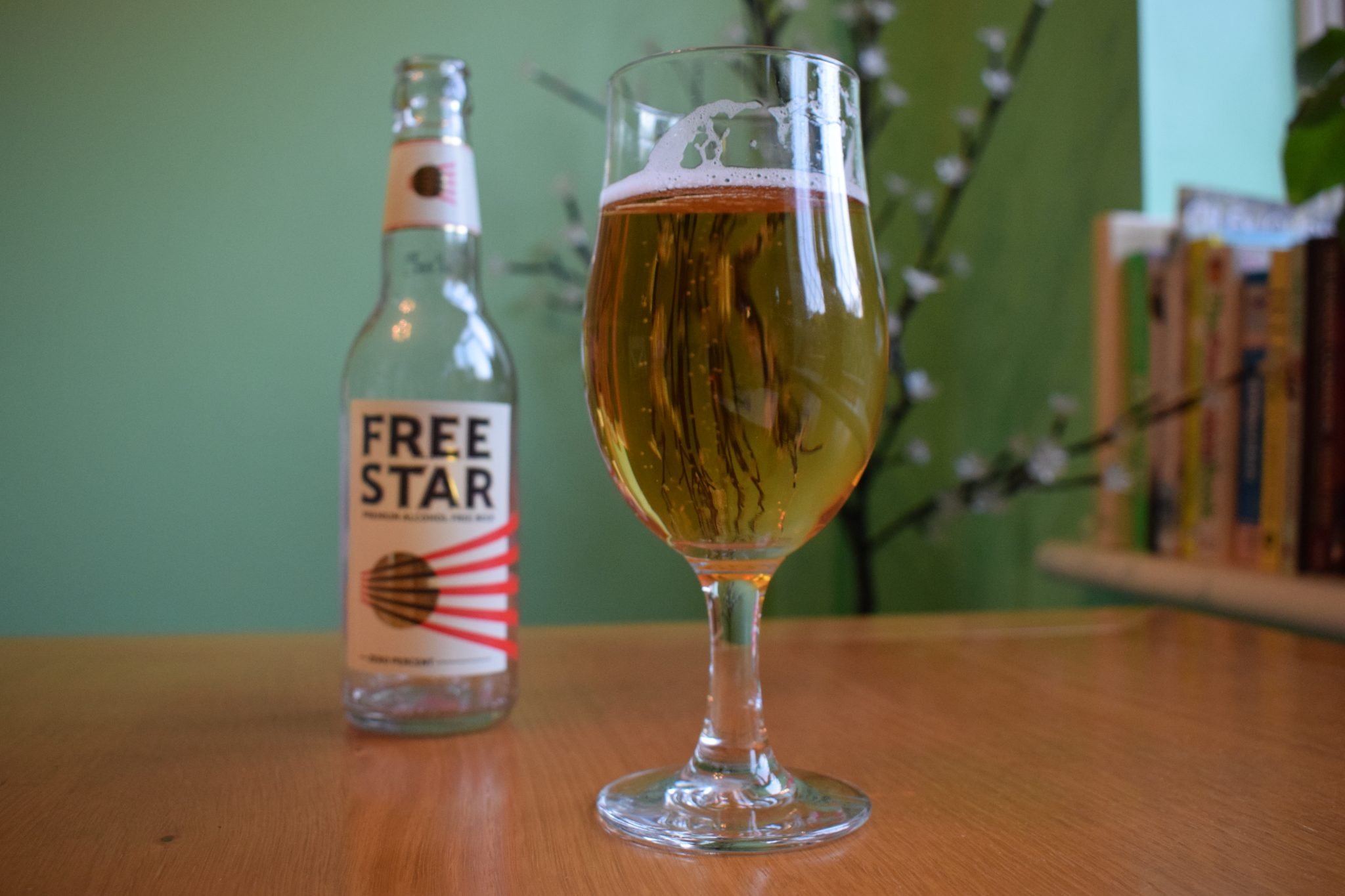