“Yardarm” is a low alcohol, gluten-free lager from Scottish brewery Jump Ship. Get tasting notes and info on stockists, calories, carbs and sugar, in this review.

Despite a fall in alcohol sales following the introduction of a minimum price per unit of alcohol, the average person in Scotland still drinks 9% more alcohol than those in England and Wales.

Perhaps this why so many Scottish breweries are producing non-alcoholic beer.

This doesn’t just include the multinational breweries like Brewdog and Innis and Gunn. Recently, smaller producers including Harviestoun and Tempest have added NA beer to their ranges.

Founder Sonja Mitchell left a career in marketing to set up the brewery, helped by £15,000 from a crowdfunding campaign.

A positive contribution to society is at the forefront of the brewery’s philosophy with 10% of profits going to charity and a focus on environmentally friendly packaging and production processes.

“Yardarm” is the brewery’s first beer. A 0.5% lager, it’s brewed as a low-alcohol beer from the off with no alcohol removed at any time.

Ingredients and calories, carbs and sugar

The hops in Yardarm are Citra and Austrian Styrian Bobek, which are both known for their intense flavours with Citra especially uncommon in lagers until recently.

The ingredients also include maltodextrin, a natural but highly processed additive that can increase head retention and body.

It’s gluten free (less than 20 parts per million) and suitable for vegans.

Yardarm is golden/amber and clear. A lively head settles to leave small islands of foam and a foamy ring around the edge of the glass.

The hops feature strongly in the aroma with mango, lychee and blossom mixing with a toffee and caramel maltiness. The aroma settles to leave a focus on the malts.

The mouthfeel is tacky but doesn’t cloy. The body is on the lighter side of medium but it’s pleasant.

The carbonation may suit real ale fans. The bubbles are tiddly and smooth and light years away from those gassy mass-produced European lagers.

A lot of the character from the aroma infiltrates the taste with a flowery caramel flavour and a wheaty, musty yeastiness.

These flavours die off a little before there’s a lovely hit of bitterness that marries nicely with the sweet flavours.

Despite a light body, Jump Ship Yardarm is a distinctive and satisfying beer, which will appeal to ale fans as well as lager drinkers who aren’t after a standard big-name pilsner-style beer.

It’s gluten free and vegan friendly too, so it’s another NA beer for your arsenal if you don’t consume gluten or animal products. 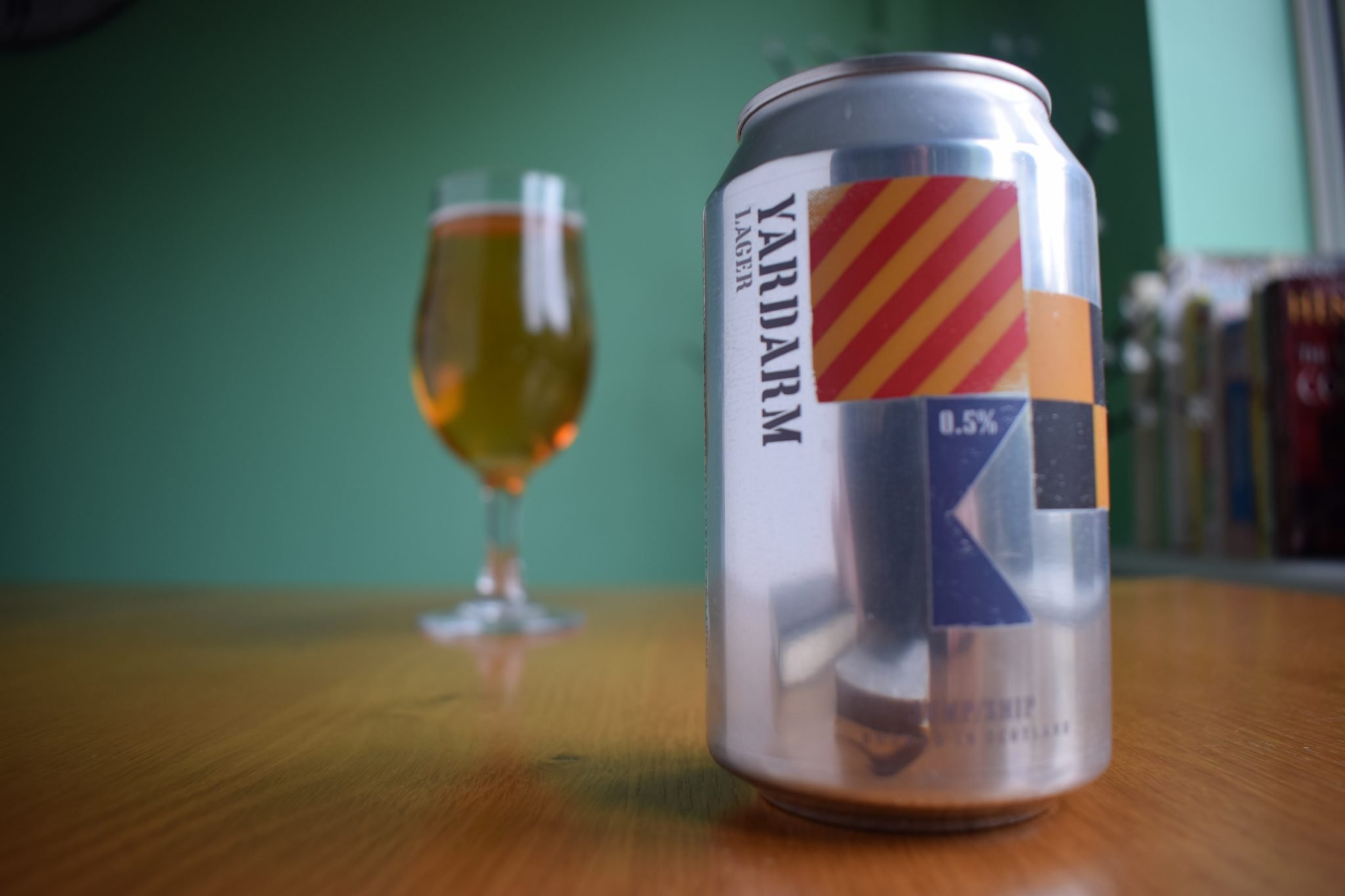