This “Pale Ale” from Brighton-based Another Dimension is a bitter 0.5% beer. Get tasting notes and info on calories, carbs, ingredients and where to buy in this review.

Beer is made from four basic ingredients – water, grain, hops and yeast.

So most beers are vegan – free from animal products – right?

While there are now many vegan beers out there, many producers use animal products in the recipe, the packaging or the finings that filter our yeast and hop particles before bottling, canning or kegging.

There are now around 600,000 vegans in the UK, with Brighton the UK’s most vegan-friendly city.

That last point makes Brighton a natural home for Another Dimension Brewing Company, a specialist non-alcoholic and vegan brewery.

Founder and long-time vegan Joe Reader was inspired to set up the brewery after giving up alcohol. His mission is to brew hop-forward vegan NA beers – the styles he enjoyed when he was drinking standard beer.

Another Dimension’s first beer is this simple titled “Pale Ale” (0.5%).

Pale Ale uses an unspecified selection of malts plus four hop varieties – Citra, Amarillo, Mosaic and Tettnanger – that are all known for distinct and sturdy aromas and flavours.

The other ingredients of water, yeast and maltodextrin – a starchy powder that can add body, flavour and shelf live to food and drink products.

There’s no oats or wheat in the ingredients. It’s not gluten free.

Pale Ale pours amber with a slight haze and a fluffy head.

Light malts lead the aroma with a touch of sulphur that complements the malt.

This then fades to introduce fruitier aromas – a blend of orange, pineapple and lemon. As it warms, a little mango also mingles with the other fruit.

The body is low to medium, with small bubbles making the carbonation feel gentle yet lively as it slips down.

The texture is pleasingly dry, almost chalky and apt for the style.

The overall flavour on tasting is more primitive than the aroma with more malt flavours and less fruity hop and ester flavours initially.

The malt and fruit combine to create a touch of caramelised orange. Grassy flavours – maybe a mix of hop and malt – emerge too.

There’s a hit of tidy bitterness early on that lasts through each sip and beyond.

Another Dimension’s Pale Ale isn’t an overly complex beer, and that’s what makes it effective.

With its understated fruit flavours and long-lasting bitterness, it reminded me more of a classic IPA than a pale ale.

A nice beer suited to those who like simple flavours and a decent amount of bitterness. 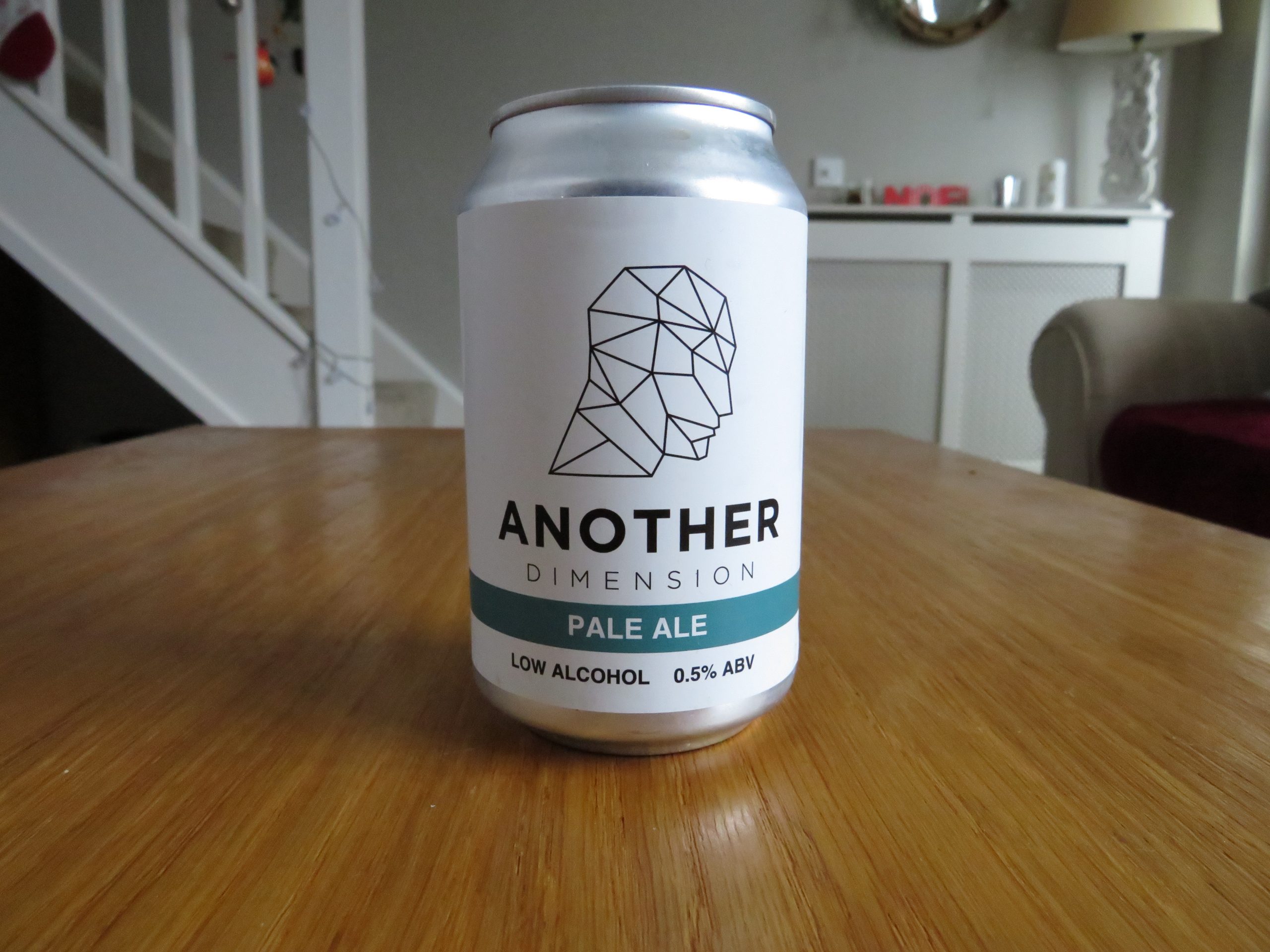