“Upside Dawn” is a 0.5% golden ale from US brewery Athletic. Get tasting notes and info on ingredients, calories, carbs, sugar and stockists in this review.

To see how the popularity of non-alcoholic beer has sky-rocketed in the last few years, look no further than Connecticut-based Athletic Brewing Co.

Now it has also has a San Diego-based facility, with the potential to produce a further 125,000 barrels a year (around 36 million pints).

Of course, it’s not just the rising demand for non-alcoholic beer that has contributed to Athletic’s growth. A decent product and branding, plus backing from investors such as Lance Armstrong and J. J. Watt has surely contributed to its growth.

The brewery now accounts for a significant chunk of US non-alcoholic craft beer sales – a craft brewery defined as one that produces less than six million barrels of beer a year. After entering the Canadian market, it’s now launching its beers in Europe and Australia.

“Upside Dawn” (0.5%) is one of Athletic Brewing’s core beers. A golden ale, it first appeared in 2018 when the brewery launched.

Rather than brew a full-strength beer and remove the alcohol, Athletic brews its beers to be naturally ultra-low in alcohol.

The grains are barley malt, oats and wheat. Hops, water and yeast are the only other ingredients.

Upside Dawn suitable for vegans and has been treated to contain less than 20PPM of gluten making it gluten free accordion to most definitions.

This beer contains 14 calories per 100ml, making it one of the lowest calorie non-alcoholic beers available.

Upside Dawn pours a delightful golden colour, with soft-looking foam that encircles the glass and leaves an island of bubbles. It has a slight haze.

Fruit is most prominent in the aroma, with mango, orange and grapefruit on a foundation of light malt. There’s hints of pine, sherbet and caramel too.

The body is medium, with small and aggressive bubbles that belie its slack appearance. The mouthfeel is a touch filmy.

The taste characteristics are similar to the aroma’s, with peach and grapefruit representing the fruits, backed with pale malts that blend nicely with the fruit flavours.

The bitterness is light initially but begins overpowering the simple flavours nearer the end of a serving.

Upside Dawn is a credible non-alcoholic beer that’s handy to have ready in the cooler/fridge.

The aroma and flavours are understated without boring the taste buds. Just don’t expect a golden ale that adheres to the classic style guidelines – there’s far too much fruity hop flavours in there to tick that box. 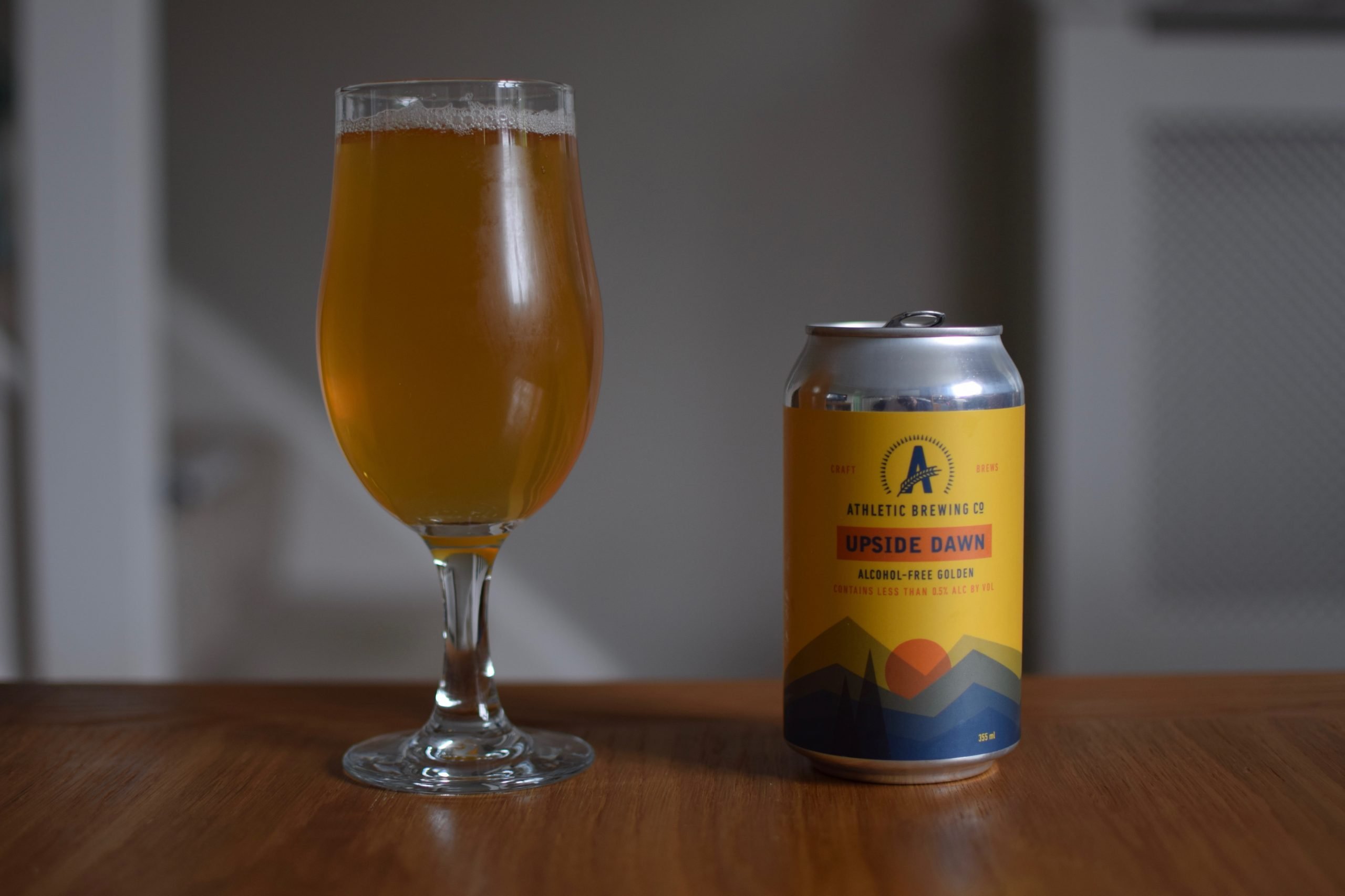