“Hazy AF” is a 0.5% ABV New England India pale ale by the Brewdog brewery. Get tasting notes and info on stockists, carbs, sugar, calories and ingredients, in this review.

While we um-and-ah about what makes an India pale ale more just than a plain pale ale, there are few arguments about the desired characteristics of a newer sub-category of the IPA style – the New England India pale ale or NEIPA.

Opaque, smooth, extremely fruity and with low to medium bitterness, connoisseurs might ask why this style gained the IPA tag, as it’s none of the things an IPA should be – depending on who you ask of course.

As you’d expect, NEIPAs evolved in the early 2010s from US-style IPAs rather than the tasteless lower-ABV dross you might find in your local chain pub.

The alcoholic versions usually come in at 6–9% ABV and are hop heavy, which drives their fruity taste and aroma. Hence why drinkers often describe them as “juicy”.

Gypsy craft brewery Mikkeller has already had a go at a non-alcoholic NEIPA with its “Weird Weather” 0.3% beer.

Now Brewdog has created “Hazy AF” – an ultra-low-alcohol (0.5%) NEIPA, loosely based on its full-strength “Hazy Jane” beer – in concept if not in ingredients and bitterness.

As well as the core ingredients of water, malted barley, yeast and hops, Hazy AF includes flaked oats and torrified wheat (probably to help with head retention and body), and lactic acid, which may be added at the mashing stage of the brewing process or before fermentation to add sourness to the beer.

The hop varieties are Cascade, Chinook Citra and Simcoe.

It also includes lactose (milk sugar). So it’s not suitable for vegans.

This mix of ingredients – including the lactose, which survives fermentation – means Hazy AF has more calories, carbs and sugar than Brewdog’s low-calorie NA beers, “Nanny State” and “Raspberry Blitz“.

Is Hazy AF hazy then? Well, actually… of course it is. It has an orange hue and there’s no visible particles.

If the oats and wheat were added to aid head retention, they haven’t done a great job – there’s a little foam on pouring, but this melts into nothingness leaving it looking a little thin and lifeless.

The hop-dominated aroma provides needed CPR with grapefruit, mango, a touch of lemon and a lot of pine that comes through at the end of a sniff. There’s a touch of bready malt in the background. Lovely.

There’s more carbonation and body than promised by the appearance. The bubbles are tight and lazy. Coupled with the low to medium body, this creates a soft mouthfeel.

The finish is medium dry, despite only a touch of bitterness. This is preceded by pale malts and straw, and lemon and grapefruit from the hops.

That touch of bitterness I mentioned earlier balances well with the perceived sweetness produced by those fruity flavours.

Finally, a new Brewdog AF beer to get excited about. The aroma is stunning, and while the standard of the mouthfeel and flavour isn’t quite as high, this is a fair attempt at a NEIPA.

All it lacks is a softer mouthfeel. But as it’s non-alcoholic, you can’t really complain. 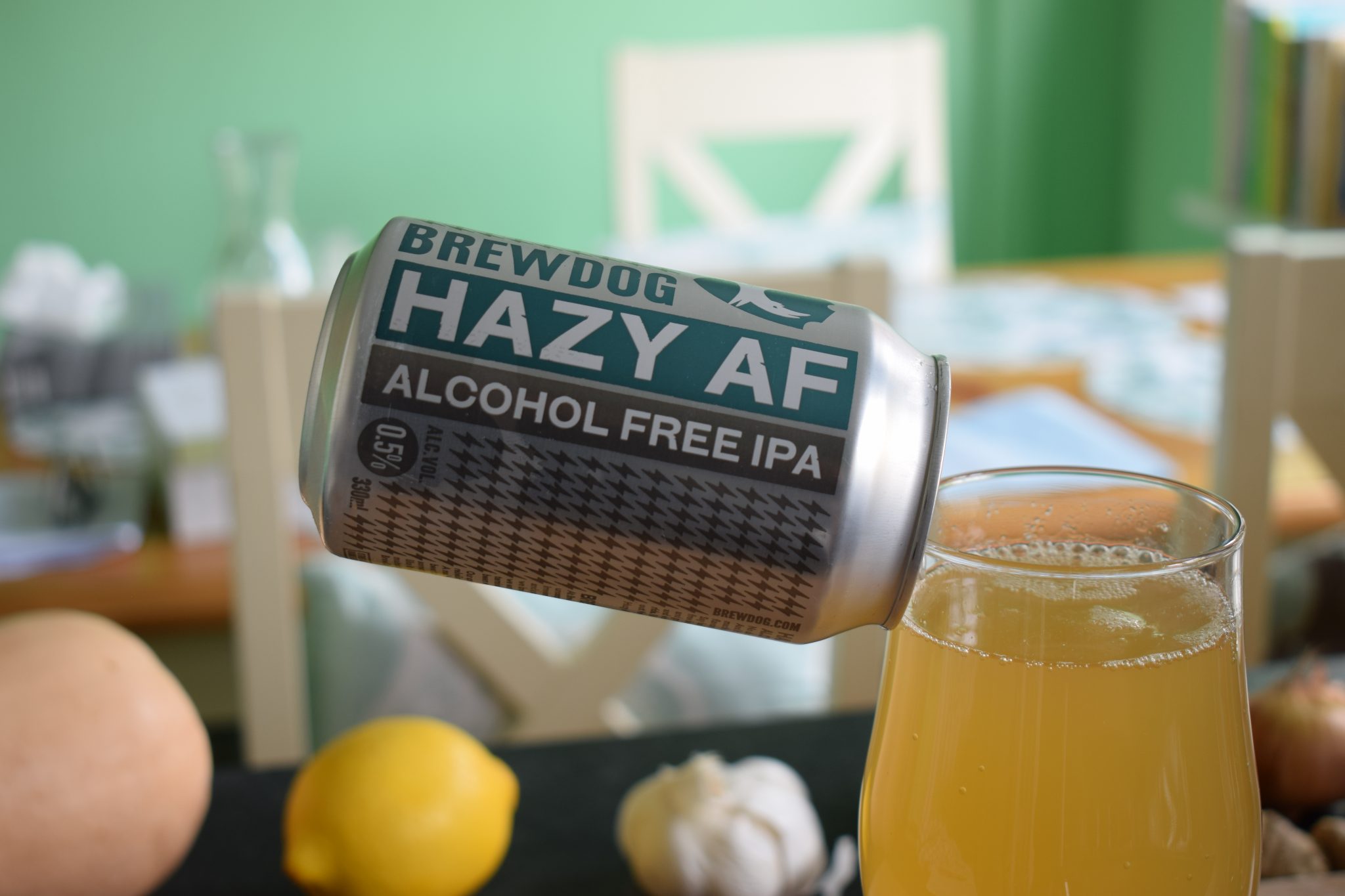 If you find the reviews and resources on the site useful, please consider donating some cash to Society of St James, a charity that supports people who have issues with homelessness, drugs, alcohol and mental health.