“Clear Head” is a 0.5% beer brewed as a collab between Bristol Beer Factory and Talk Club. Get tasting notes and info on ingredients, calories, carbs, sugar and stockists in this review.

Mental health is rightly a hot topic at the moment. And one of the benefits of cutting down on alcohol is it can have a positive effect on your mental health.

It was never previously in a brewery’s interests to encourage its customers to cut down on their alcohol intake. Now that’s changing, thanks for no and low alcohol brewing becoming accessible to all but the smallest breweries.

Bristol Beer Factory (BBF) is a brewery founded in 2004. This 0.5% IPA from the brewery is called “Clear Head” and highlights the advantages of cutting down on alcohol via its collaboration with mental health network, Talk Club.

Talk Club aims to get men talking regularly about their thoughts, feelings and worries. It’s been described as a “mental fitness movement” and hosts talking and listening clubs in the UK and abroad.

BBF first got involved with Talk Club by hosting its first meetings. Clear Head is their second collaboration following a 3.9% pale ale, “Open Up”.

Clear Head features wheat alongside barley in its grain bill. It contains less than 10PPM of gluten, making it gluten free by most definitions.

The hop varieties are Citra and Mosaic.

There are 4.5g of carbs, of which 0.9g are sugar. So it’s not a bad choice if you’re watching your sugar intake.

Clear Head pours, well, clear with a golden-amber colour. The carbonation creates a ring of foam around the glass with a smattering of bubbles on top.

Fruity flavours dominate the aroma with mango and grapefruit initially followed by a dab of sherbet. A little pale malt gives a foundation to the tropical fruits with the grapefruit gaining strength as the beer warms.

There are no woody or pine aromas.

The body is medium and has a clinging texture. The bubbles are tight and aggressive, yet kept in check by the weight of the body.

Pale malts feature more in the taste than in the aroma. The malts are joined by peach and more sherbet, providing a balanced but undistinguished flavour profile.

A heavy dose of bitterness overwhelms the flavours in the first few sips, but you soon get used to it. The bitterness and sweetness combine to give it a dry, tacky finish.

There isn’t anything to hate about Clear Head. It has a decent aroma, mouthfeel and taste and helps a good cause. 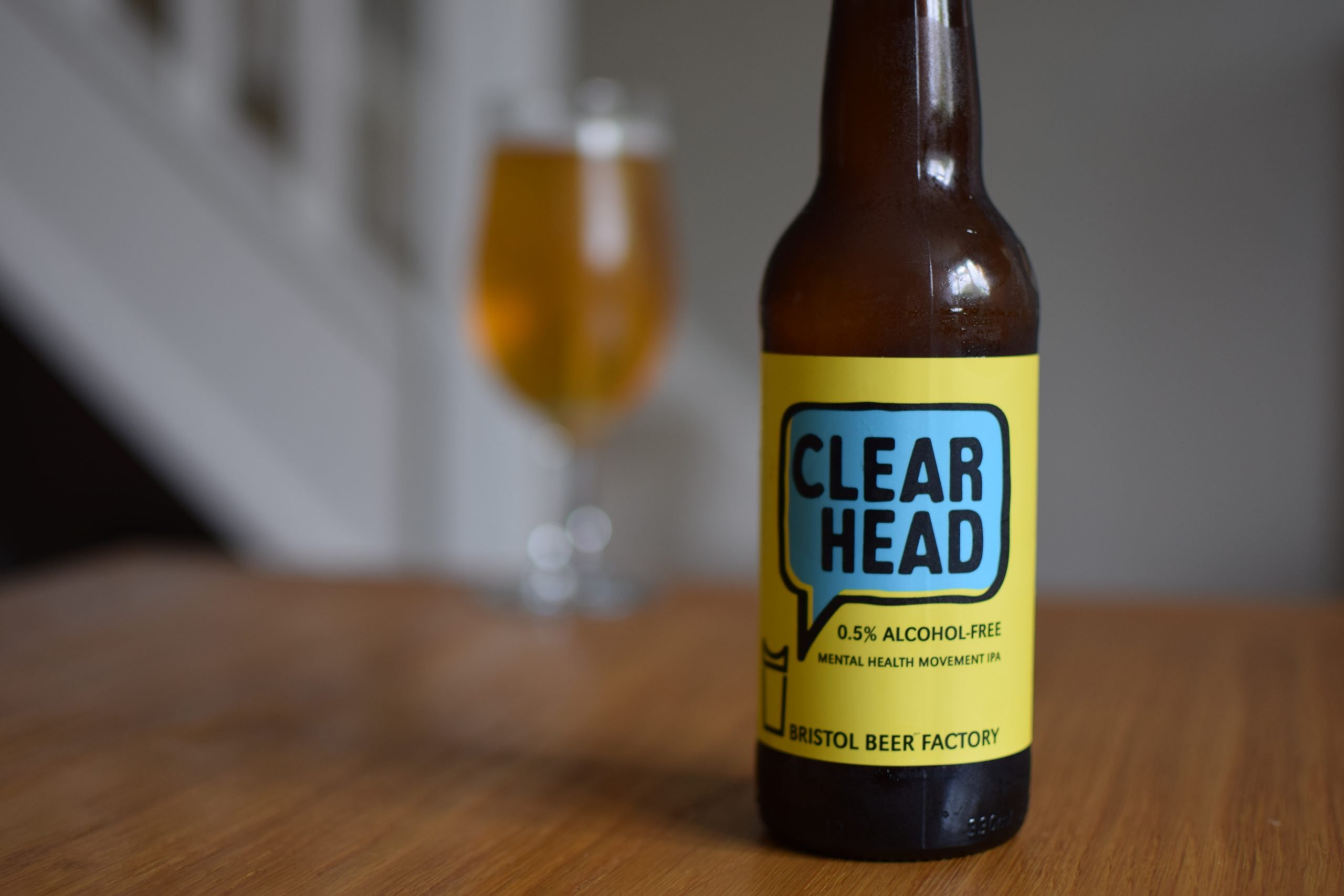