“Pico Bello” is a 0.3% hazy India pale ale from the Brussels Beer Project. In this review, get tasting notes and info on stockists, carbs, calories, sugar and calories.

If you want good beer in say, London, you need to do some planning.

Not so in Brussels.

I’ve visited a couple of times, and it seems as though every outlet – from convenience stores to the smallest cafes to the largest restaurants – has good quality beer on its shelves, taps and menus. And that’s before you head to the specialist beer bars.

When you take a look at Belgium’s brewing pedigree, this is no surprise. But it’s still what you might consider the traditional brewers that still dominate the market – “craft” beer, however you define it, still hasn’t really taken hold here.

Brussels Beer Project probably falls into the craft bracket (its tagline is “Leave the abbey, join the playground”). Founded in 2013, the brewery is more inspired by modern US and UK breweries than it is the monasteries traditionally associated with Belgian beer.

Brussels Beer Project also has a progressive stance on non-alcoholic beer, with two core NA beers. And it makes business sense too – while Belgium is still only second to Lithuania in the list of countries with the highest alcohol intake, Belgians cut their beer consumption by 17% from 2008 to 2016.

Hence why many of Belgium’s other 300+ breweries – including big guns Jupiler and Stella Artois – have also recently launched non-alcoholic beers.

Pico Bello is brewed in the same way as the Mikkeller beers produced at De Proefbrouwerij. This means it uses a low-alcohol yeast, rather than having any alcohol removed after fermentation.

As well as barley malt, the grains include oats flakes and wheat. The hops are all modern varieties – Amarillo, Citra, Ekuanot and Simcoe. Each of these is likely to bring some fruitiness to the flavours.

It’s not gluten free and may not be suitable for vegans.

Pico Bello is relatively high in calories, carbs and sugar.

Pico Bello pours a straw colour with a slight haze. There’s plenty of foam, which creates a bouncy head and gives the beer legs as you sip.

The sweet and fruity esters, which are an unmistakable feature of many De Proefbrouwerij NA beers are present here in the aroma.

Grapefruit leads the way, with lemon and sherbet in support. Lightly roasted malts hold the sweeter aromas together.

A little grassiness also pokes through as the other aromas fade.

The medium body leads to a creamy mouthfeel with low carbonation and a touch of stickiness provided by the sugars.

The flavour on tasting is sweet and sour. Grapefruit and passionfruit provide the sweetness, which builds into a pleasantly sour experience. As with the aroma, pale malts try to bring some order but the sweetness ignores this and fades into a manageable sourness.

There’s hardly any bitterness here, despite all those hops.

The finish is lip-puckering, in a nice way. The sugars leave a lasting impression on your tongue and teeth.

Like many of the non-alcoholic beers that come out of De Proefbrouwerij, Pico Bello is a pleasant enough drink and a great alternative to soft drinks like juice and soda.

But you might be disappointed if you’re looking for a beer replacement, due to its sweet and sour flavours. 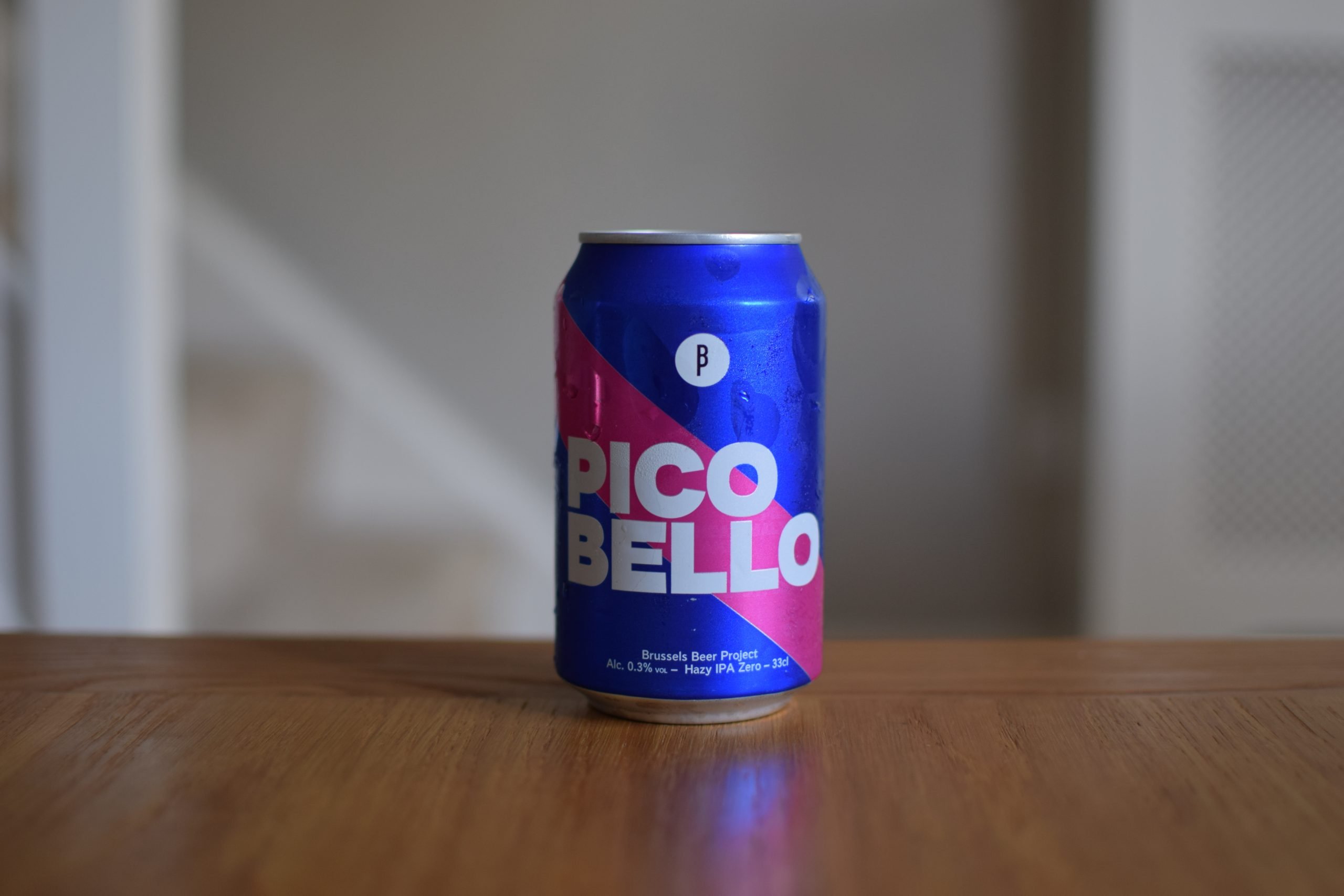