“Doom Bar Zero” is the non-alcoholic version of the Cornish amber ale. Get tasting notes and info on ingredients, calories, carbs, sugar and stockists in this review.

When I first graduated from mass-produced lager to real ale in the late noughties, my mates and I always seemed to gravitate to pubs that sold Doom Bar.

In those days, it felt like this Cornish beer, which was first brewed as recently as 1996, was popping up everywhere in the south west.

Now it really is popping up everywhere. In the UK in 2019, it was the highest-earning “premium” bottled ale and biggest-selling cask ale. And it’s available not just in pubs and shops across the UK but in countries such as Japan and the USA.

This growth is mostly down to global beer company Molson Coors, which bought the Doom Bar brand along with its parent brewery Sharp’s in 2011.

Molson Coors has been slower than rival AB-Inbev to introduce low and no alcohol versions of its popular brands, with only Peroni “Libera” and Cobra “Zero” being launched with any fanfare in the UK.

It comes in at less than 0.05% ABV (alcohol by volume), so it’s safe to assume it’s made by removing the alcohol or limited fermentation (or both).

The brewery boasts that it’s more difficult to produce a 0% beer than a 0.5% one. I’m not really sure we can consider this a major selling point though.

Even though I occasionally drink full-strength beer, a change in my tastes coupled with an arguable drop in quality – especially in the bottled version – has steered me away from Doom Bar in the last few years.

So I was keen to see how the 0% version stacked up against other more traditional-style low and no alcohol beers.

There’s just 13 calories per 100ml of Doom Bar Zero, making it one of the lowest-calorie NA beers.

There’s 3.2g of carbs and 1.1g of sugar per 100ml, so the added sugar – plus the sugars from the malt – only produce just over 5g of sugar per bottle.

It’s crystal clear and looks the part, if you’re comparing it to the appearance of its alcoholic sibling.

The body is thin but it doesn’t have the sticky, vicious character of some similar non-alcoholic bitter-style drinks.

The bubbles are small and as aggressive in the mouth as they look in the glass. The carbonation feels forced and unnatural, especially when you compare it to the cask version of Doom Bar.

The esters and hops combine to lead with a fruity flavour that melds with the malts on tasting.

I detected caramel, liquorice, and raisin, plus a hint of black cherry.

The malts also offer a layer of smokiness. There’s none of the unfinished flavours from the aroma present on tasting.

The bitterness is low to medium, and there’s a pleasant chalky, dry finish.

I started off hating this beer, but once I got used to the worty aromas and discovered its varied flavours, I didn’t mind it.

A non-alcoholic version of the Doom Bar cask beer this is not. But compared to bottled full-strength Doom Bar, it may just about hit the spot. 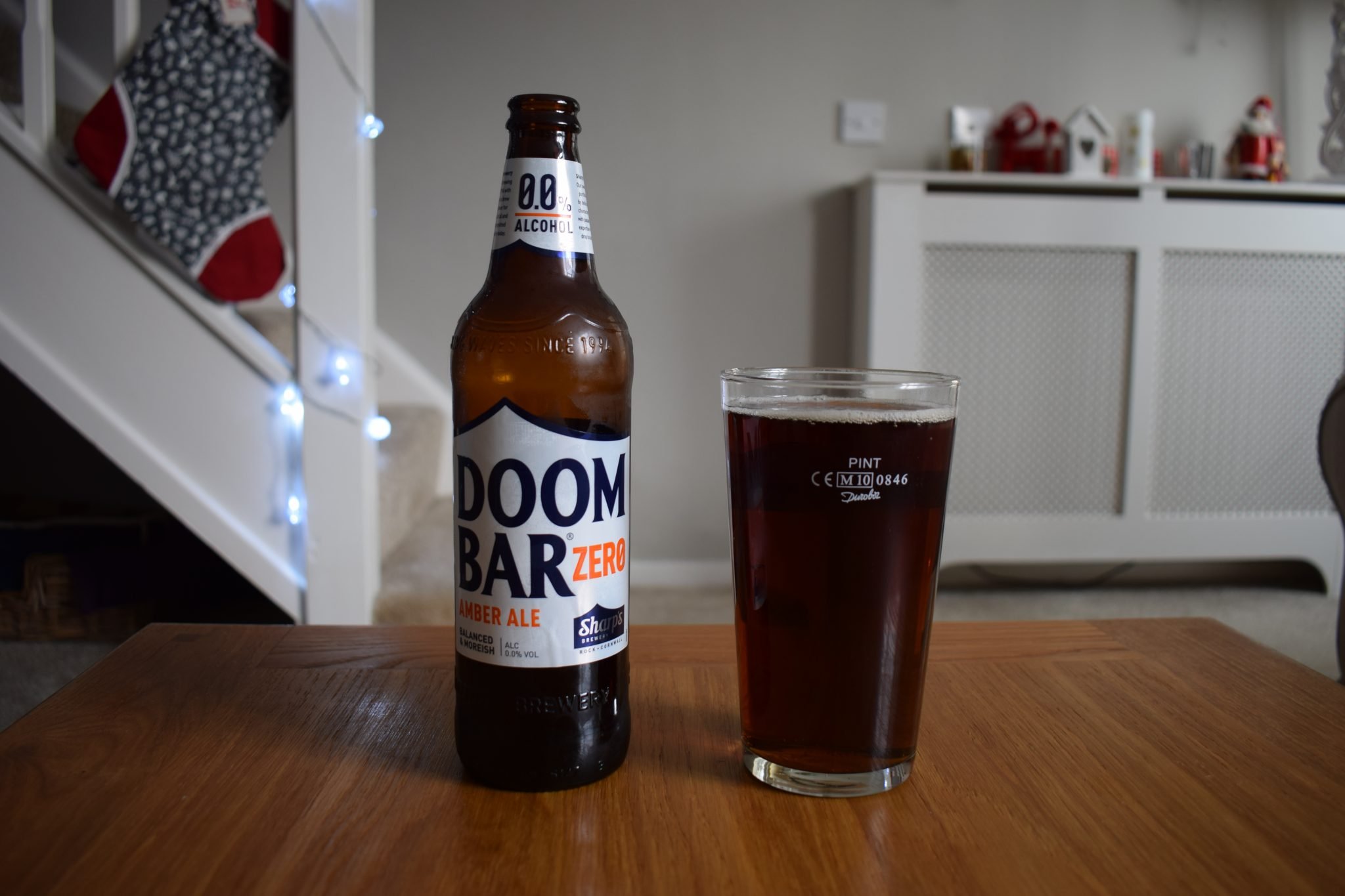