“Smashed Citrus” is 0% pale ale from Drynks Unlimited. Get tasting notes and info on stockists. calories, carbs and ingredients in this review.

Citrus fruit – especially its flavour and aroma – has long been connected with beer.

It’s always been one of the fruity flavours produced by many yeasts produce during fermentation, and some brewers have been adding ingredients like orange peel to their brews for years too.

More recently, drinkers have added citrus-based drinks to their beers to make simple concoctions like lemonade shandy and lager and lime.

And, in the last 20 years or so, there’s been an explosion in demand for new hop varieties that provide aromas of citrus fruits such as lemon, orange and grapefruit. These hops include Citra (released 2008), Galaxy (released 2009) and Simcoe (released 2000).

The citrus theme is prominent in Drynks Unlimited’s “Smashed Citrus” beer. Based in Cheshire, Drynks has teamed up with Robinsons Brewery to produce 0% beer and cider by taking a full-strength drink, then removing the alcohol through distillation.

The company has invested more than £1 million in its kit, the idea being to take out all the alcohol without affecting the aroma and flavour.

The hops in Smashed Citrus are English, so unlikely to add a citrus aroma or flavour to the beer. That’s more likely to come via flavourings, yeasts or, possibly, the addition of citric acid.

The ingredients also vaguely list “alcohol-free beer” made with barley and wheat, and Quillaia extract, which is a natural additive often used as a foaming agent.

The ingredients and production methods mean Smashed Citrus is suitable for a vegan diet.

The sugar is probably added post-fermentation because there’s quite a lot in this beer – 4.9g per 100g, making up all of the carbs in this beer.

Smashed Citrus pours amber with a slither of a head, that quickly reduces to a few islands of foam and bubbles.

A sweet and bitter lemon rind aroma hits your nostrils first, followed by a little pale malt and a teensy sprinkling of dried coriander seed.

Overall, it smells like a lemonade shandy to begin with. But the initial aromas are joined by a floral smell as it warms.

The body is creamy and soft with zero tackiness and a tickle of smooth carbonation.

Lemon features heavily in the flavour on tasting, starting off juicy and then turning pithier as some bitterness kicks in. This grows to a heavily bitter finish, which you soon get used to because it balances nicely with the sugar in this one.

There’s no acidity or sourness from the citric acid and very little maltiness, which like the aroma, makes this feel like more of a lemonade shandy than a beer.

I found Smashed Citrus quite nostalgic, because it reminds me of a lemonade shandy.

It’s got a lovely mouthfeel and body, and passable flavours too. A bit unusual maybe, but not a bad option to have in the fridge if you like your shandies. 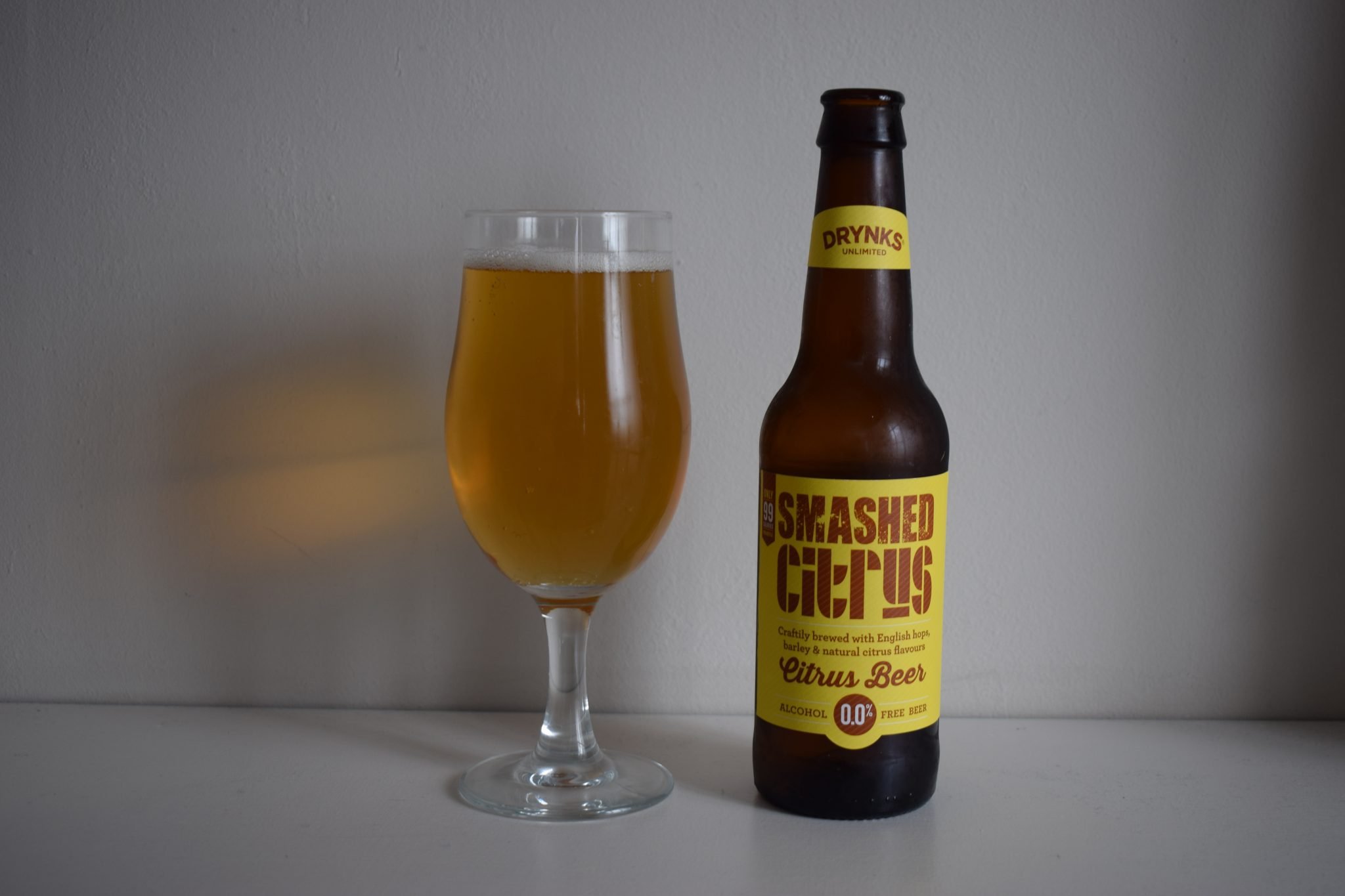