Free From Beer Co’s “IPA” is a 0.5% India pale ale. Get tasting notes and info on where to buy as well as calories, carbs, sugar and ingredients, in this review.

It’s always baffled me why some shops group non-alcoholic beer together with other “free-from” products.

In some shops, this has led to it sitting in the same section as products like gluten-free snacks to organic full-strength beers.

At best, confusing. At worst, detrimental to your wellbeing if you end up picking up an alcoholic beer instead.
Fortunately, most shops have now caught on to the fact that non-alcoholic drinks aren’t the same as other free-from products.

However, there is one brand that could legitimately include some of its beers in this catch-all category.

Free From Beer Co specialises in producing gluten-free beers. It just so happens its beers and packaging are free from animal products. And that it produces a couple of beers free from alcohol, alongside full-strength brews.

Free From Beer Co have only been around a few years, but already have their beers listed in several UK supermarkets, including Ocado and Asda.

Session IPA uses standard ingredients – water, yeast, hops and malted barley. Plus maltodextrin, which is a powder made from starch that can be used to add body to a beer and improve head retention.

Obviously, the ingredients aren’t gluten free. So the brewery uses an enzyme during the brewing process to break down the gluten to less than 15 ppm (parts per million). This is considered gluten free in most regions, including the UK.

As I’ve already mentioned, all Free From beers are suitable for vegans.

The brewery provides no info on the amount of calories, carbohydrates and sugars in this beer.

So while it may be a good option if you’re avoiding alcohol, animal products and wheat, it might be one to miss if you’re counting the calories or reducing your sugar intake.

Session IPA pours a dark shade of amber with good carbonation. It produces a modest ring or foam, with an island of foam breaking away as it settles. And lots of fluffy lacing.

The aroma is led with the malts with roasted barley, caramel and wheat flavours initially.

Sweet and fruity aromas then become more prominent, with pineapple, sherbet, passionfruit. A woody aroma from the hops also hangs in the background.

There’s a touch of sulphur, which takes the shine off the other aromas.

The body is light to medium and slightly creamy, with light but prickly carbonation.

Fruitier flavours overtake the maltier flavours on tasting. Roasted orange, lemon and passionfruit stand out over a foundation of lightly roasted malt.

The bitterness is low, which means the sweetness is allowed to dominate. It’s not overly sweet, but it could be more balanced.

Not a perfect beer. But a good one nonetheless, and always a better option than other soft drinks if you’re not drinking, especially if you need to avoid gluten.

Just beware of that blind sort when it comes to calories, carbs and sugar if you’re drinking a few of these in a session. 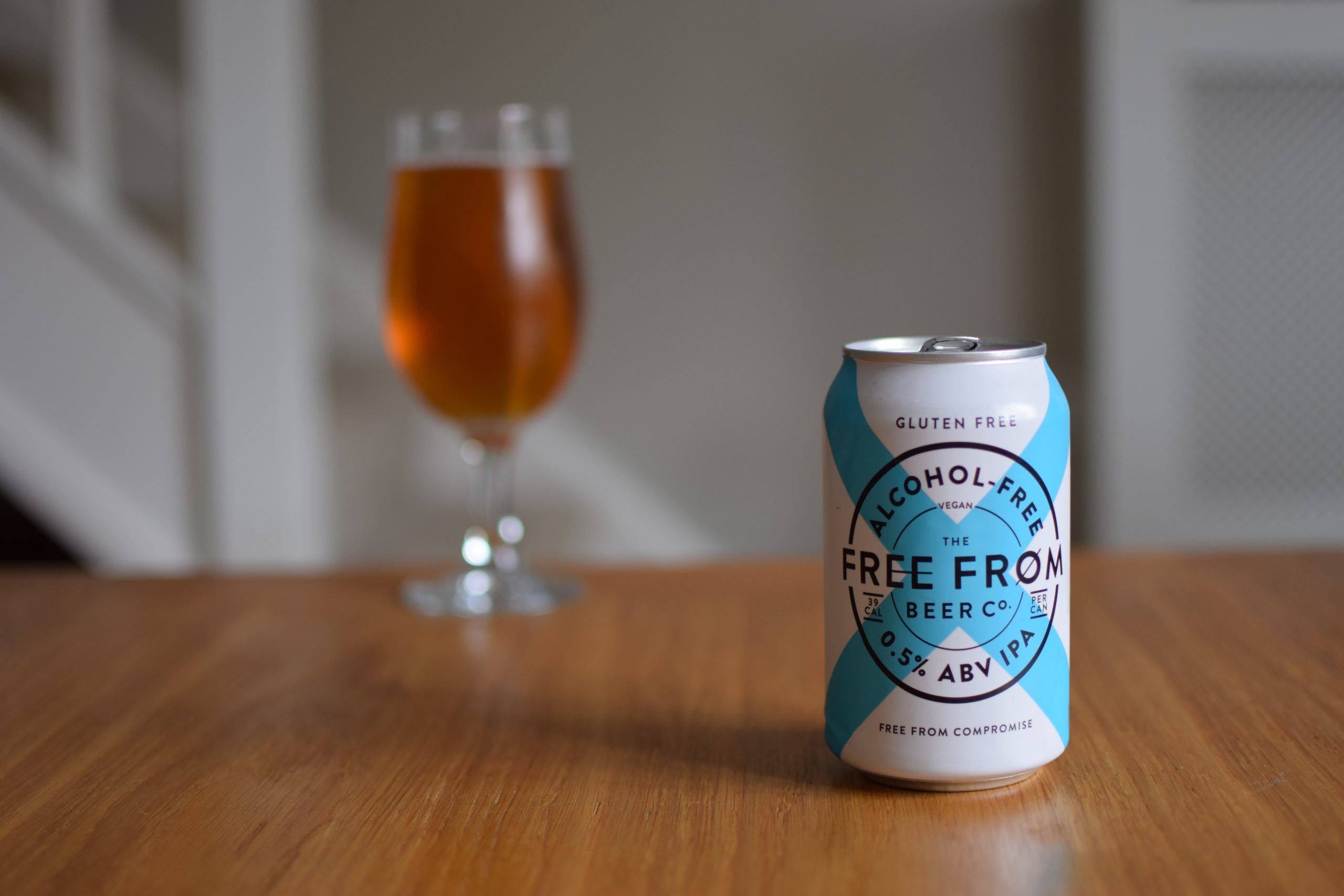