“Lighter Times” is a bitter and grassy pale ale from Cumbria’s Hawkshead Brewery. Get tasting notes and info on where to buy it in this review.

With around 2,000 breweries in the UK and 6,000 in the US, you don’t need to venture far for inspiration if you’re thinking about setting up your own brewery.

This wasn’t the case for the early pioneers in the craft brewery space though, and many found the inspiration they needed on their travels.

Take the founders of Tempest Brewing for example, who found inspo in the brewpubs of North America before they set themselves up in Scotland.

Or, Brooklyn Brewery’s Steve Hindy, who caught the brewing bug as a news correspondent based in the Middle East after spending time with diplomats turned home brewers.

As a BBC foreign correspondent in the 80s, Hawkshead Brewery founder Alex Brodie’s background is similar to Hindy’s. But it was the prospect of a good pint of real ale on his trips back to the UK, rather than what he discovered on his travels, that ultimately led to him setting up the brewery in 2002.

Now semi-retired, Brodie steered the brewery through various expansions until he sold a controlling stake in the business to Halewood International – those of Lambrini and Crabbie’s ginger beer fame.

The brewery is still run independently of Halewood and likely it’s a mix of the experimentation this allows coupled with a need for growth following Halewood’s investment that has led Hawkshead to produce this sub-0.5% beer called “Lighter Times”.

I’ve reviewed almost 100 non-alcoholic beers on this site, but this is the first time I’ve come across a low or no alcohol beer that doesn’t highlight the ingredients on the label.

At best, a little annoying if you ant to know what’s gone into your drink. At worst, against the law – while drinks over 1.2% ABV don’t need to declare their ingredients, drinks under 1.2% do (in the EU and UK at least).

Fortunately, the allergens are highlighted, so we know this beer contain wheat alongside barley malt.

We also know the hops are from the US, so we can expect an American-style pale ale rather than a traditional bitter.

The two cans of Lighter Times I sampled were extra-lively on opening, with one of them shooting a stream of beer in my face on opening giving me a sneak preview of its flavours.

Hopefully, it’s just a less-than-perfect batch on the carbonation front.

It pours a hazy, amber in colour with a magnificent foamy head, aided no doubt by that high carbonation.

There’s a smooth and soft mouthfeel, a good body and smooth bubbles that calm down after the initial excitement of opening the can. The finish is dry.

On tasting, there’s a hit of bitterness first up, with lots of musty wheat, straw and light malt flavours and a teensy bit of the fruitiness from the aroma.

After I wiped myself off, I quite enjoyed this beer. There’s a variety in the aroma and flavours, and it’s a beer that would feel at home in a trendy craft beer bar as well as a traditional pub.

The high bitterness might be a touch too much for some, but it melded with the understated flavours and didn’t hang round too long after each sip. 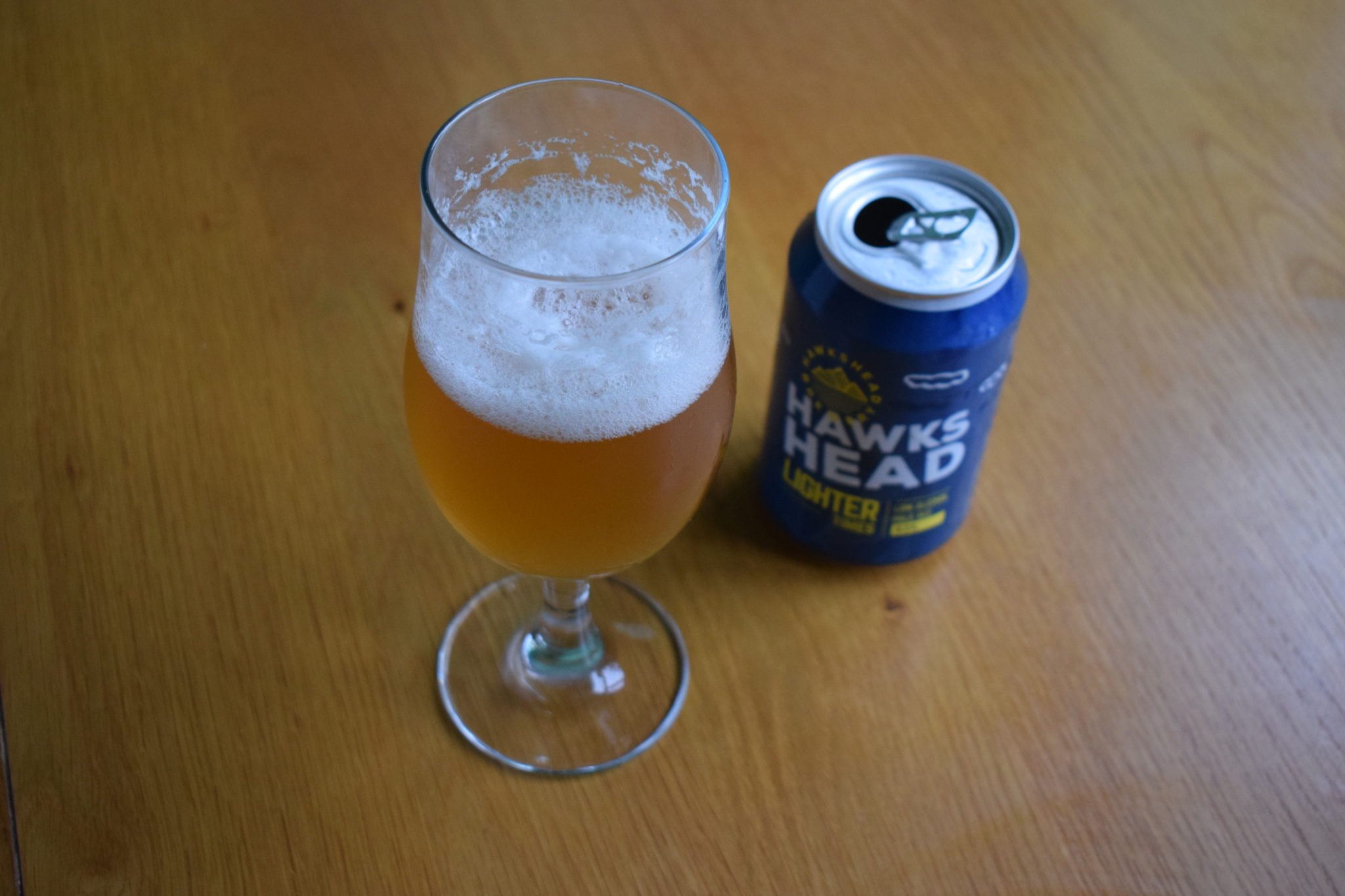