Konx is a “mini pale” from Sweden’s Omnipollo brewery. Get tasting notes as well as info on calories, carbs, sugar, ingredients and stockists, in this review.

Hands up who’s ever bought a beer because of the label design?

If there’s one thing the craft beer boom has brought us – apart from the beer of course – is funky branding.

And with potentially thousands of beers competing with a space in people’s minds – and ultimately their bodies – it’s easy to see why so many breweries are known as much for their bottle and can designs as they are their brews.

A stand out example is Sweden’s Omnipollo brewery, which was actually founded by a brewer and a graphic artist in 2011.

Self-described as a creative camp that expresses itself through beer, the brewery didn’t traditionally have its own premises. Instead, it usually operates as a “gypsy” or “cuckoo” brewery, producing its creations on rented equipment.

The brewery’s beers certainly are as creative as the labels. Its extensive back catalogue includes everything from a pecan stout to a pistachio and coffee gose.

Omnipollo produces many of its beers at De Proefbrouwerij in Belgium, the home of many non-alcoholic beers including those by Mikkeller and Coast. So producing non-alcoholic beer was a natural evolution for Omnipollo.

“Konx” is one of two current NA beers the brewery produces, along with its rosehip-infused “Nyponsoppa” (0.3%).

There’s nothing unusual in Konx. Along with water, yeast, hops and barley it features wheat and oats in the grain bill.

There’s no info available on the hop or barley malt varieties.

Despite the vegan-friendly ingredients, there’s no indication on the packaging that it’s suitable for vegans.

100ml contains 33 calories and 7.7g of carbohydrate, which is on the high side for both.

Konx pours opaque and amber-coloured. There’s no head, just a ring of foam around the edge of the glass.

The aroma is interesting but off-putting. Malt vinegar and black pepper combine to give the aroma a peri peri character. This overwhelms any pale malt, pineapple and grapefruit aromas that are fighting for your attention.

The body is light to medium so doesn’t feel very weighty in the mouth, although there is a little tackiness. Despite light carbonation, it’s quite prickly, producing small but sharp bubbles that contrast with a smooth texture.

Vinegar is present on tasting too, although it tries its best to stay on the acceptable side of the sour. and just about achieves it.

Pale malt and wheat provide the foundation once you’ve fought through the vinegar, with the grapefruit and pineapples flavours detected in the aroma making more inroads here.

The finish is dry and acidic.

With that vinegary character trumping everything else that’s present in the aroma, Konx is an acquired taste.

Which is a pity, as there are some interesting aromas trying to fight their way out from behind the acidity to complement a more acceptable sipping experience. 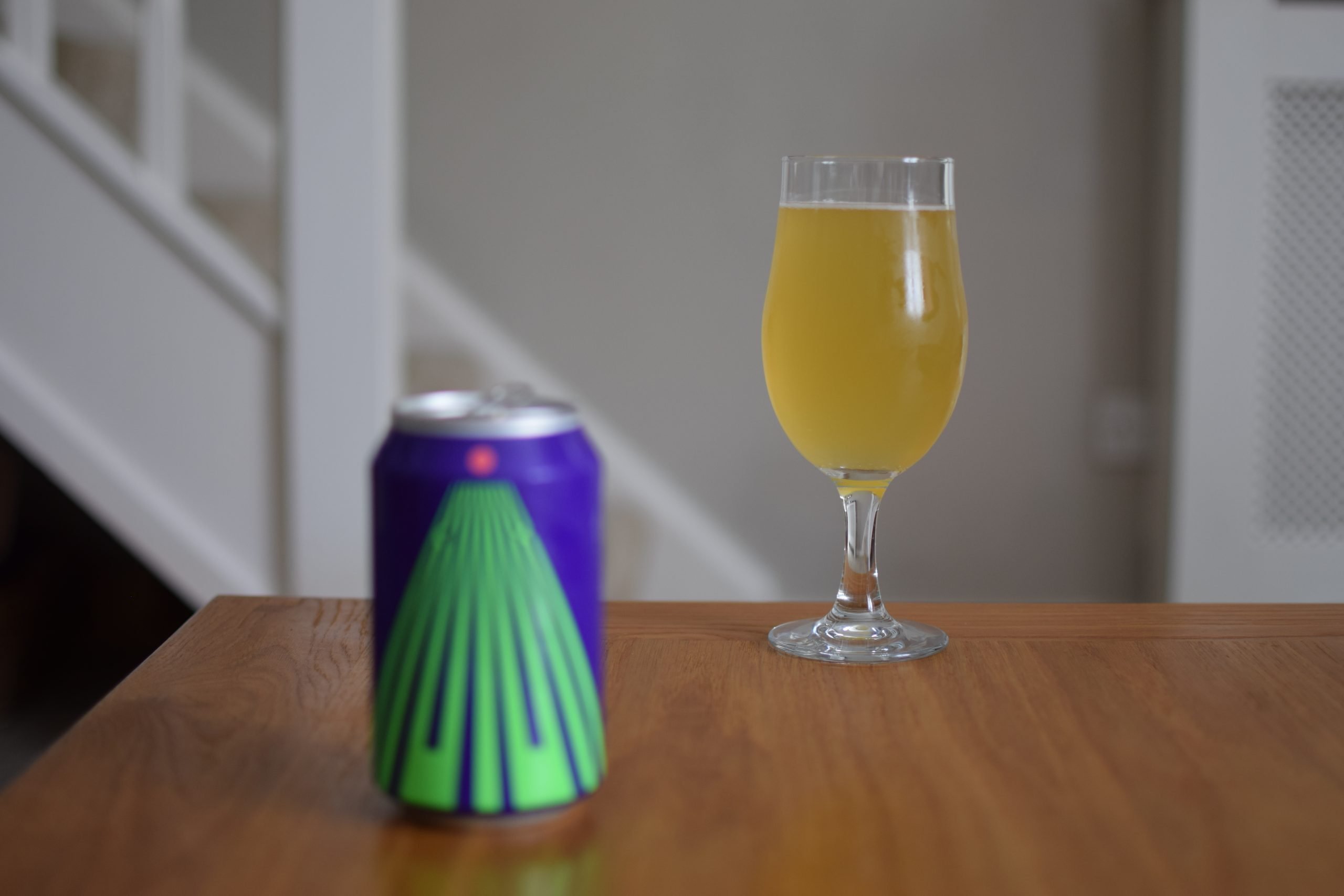