“Stand Easy” is a 0.5% New England India pale ale from London’s Sambrook’s Brewery. In this review, get tasting notes and info on ingredients, calories, carbs, sugar and stockists.

Can you be a brewery if you don’t have a brewery?

Setting up a commercial brewing operation is hard – and expensive. Therefore, many “breweries” start off as “cuckoo” or “gypsy” breweries, which is rather romantic way of saying they rent out the equipment – and expertise – of established outfits.

Through its partner brewing and packaging company, one brewery that offers these services to smaller and fledgling brewers – including non-alcoholic brewers – is Sambrook’s in West London.

Founder Duncan Sambrook set up the brewery in 2008, partly as a reaction to struggling to find any independently brewed local beers at a London beer festival. In those days, there were just a handful of breweries in London. Now there’s in excess of 100.

The brewery soon outgrew its first home and re-located to the former Young’s Brewery in Wandsworth in 2020 – a site that has been associated with brewing since 1533.

In common with many non-alcoholic ales and NEIPAs, there’s some extra grains – wheat and oats – alongside barley malt in Stand Easy.

The hop varieties are Azacca, Wai-iti and Northern Brewer.

There’s nothing else alongside the essential water and yeast in the ingredients list. It’s not gluten reduced and there’s nothing on the labelling to say it’s suitable for a vegan diet.

Many non-alcoholic NEIPAs contain a lot of calories and sugar and Stand Easy is no different.

Unusually for a NEIPA, Stand Easy poured translucent Amber with little haze on my first can. But my second can was definitely cloudier.

There’s loads of carbonation, which produces a luxurious ring of foam that sticks around as you empty your glass.

If you’re a fan of Mikkeller’s non-alcoholic beers, you’ll find the initial grapefruit aroma familiar. This is joined by lemon, lime and passion fruit, although these struggle to get on an even-footing with the grapefruit.

There’s also a little earthiness along with pale malt in the background. And a touch of sulphur, which blends nicely with the sweet flavours to create a balanced aroma.

The carbonation isn’t too harsh and the light to medium body has a chalky quality, which provides a dry finish.

Malt flavours are more prominent in the taste with caramel joining a sweet malt foundation. In another switch from the aroma, mango and peach are the fruit flavours present on tasting

The bitterness is light and doesn’t feature until mid-sip. The caramel grows stronger in the finish.

This is a solid, almost familiar, non-alcoholic beer.

There are some great flavours in the aroma and taste, and the mouthfeel and body is excellent. 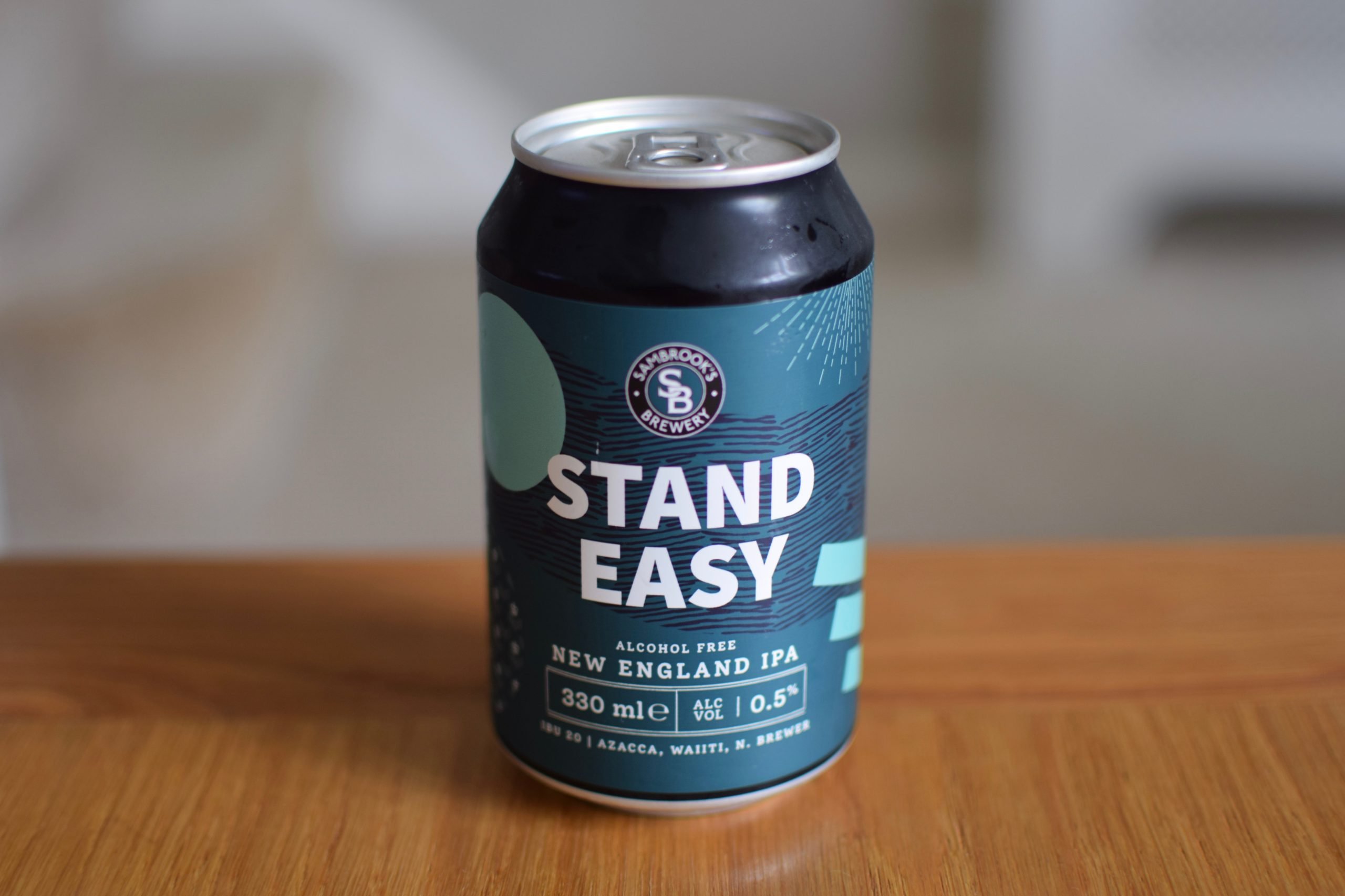