“Sleight of Hand” is an ultra-low-alcohol (0.5%) pale ale from Scottish brewery Tempest. Get tasting notes and info on ingredients and stockists in this review.

One of my favourite things about drinking non-alcoholic beer is that I can take a break from alcohol yet continue to support the brewing and hospitality industries.

And now it’s not just the global brewing corporations that dabble in non-alcoholic beer. The likes of Kaliber (Guinness) and Beck’s Blue (AB-Inbev) have been joined by hundreds of non-alcoholic beers from breweries big and small.

Even home brewers are getting in on the act.

The brewery, which was founded in 2010, already produces a non-alcoholic sour called “Drop Kick”. Its latest non-alcoholic beer is “Sleight of Hand”, a pale ale that like drop kick comes in at 0.5% ABV.

The grains and hops used in Sleight of Hand are identical to Drop Kick.

The hop varieties are Mosaic and Citra, while the grains are Golden Promise malt, dextrin malt and wheat.

The brewery hasn’t provided any nutritional info for this beer.

It’s likely lower in calories than an alcoholic equivalent but might be worth avoiding if you’re watching your sugar intake, as non-alcoholic beers have variable amounts.

Sleight of Hand pours a light straw-colour with a slight haze. There are a few bubbles of carbonation, leaving some islands of foam on top after an initial bonanza on pouring.

Tropical fruits dominate the aroma, with the grapefruit aromas typical of some strains of low-alcohol yeast being most prominent.

There’s also a smidge of pale malt in the guise of wheat and straw aromas. The hops don’t contribute any floral or perfume notes.

The body looks light in the glass and this is confirmed on the first sip. The bubbles are small and combined with the light body would probably be quite harsh if there was more of them. Still, it’s lively enough.

The grapefruit flavours from the aroma continue to be present in the taste, again joined by a complementary wheat and straw flavour plus a hint of orange in the finish.

But the flavour journey does have with an emptier, flavourless segment between the initial burst of flavour and the end of each sip.

It’s also quite sweet, which is more pronounced because there’s low bitterness.

Sleight of Hand is a nice drink. It’s refreshing with some tasty flavours and will probably appeal to those who don’t usually like beer.

However, if you’re after something more akin to your favourite standard beer, it’s lighter body and lack of big flavours may disappoint.

Still, it’s a nicer option that many soft drink alternatives. 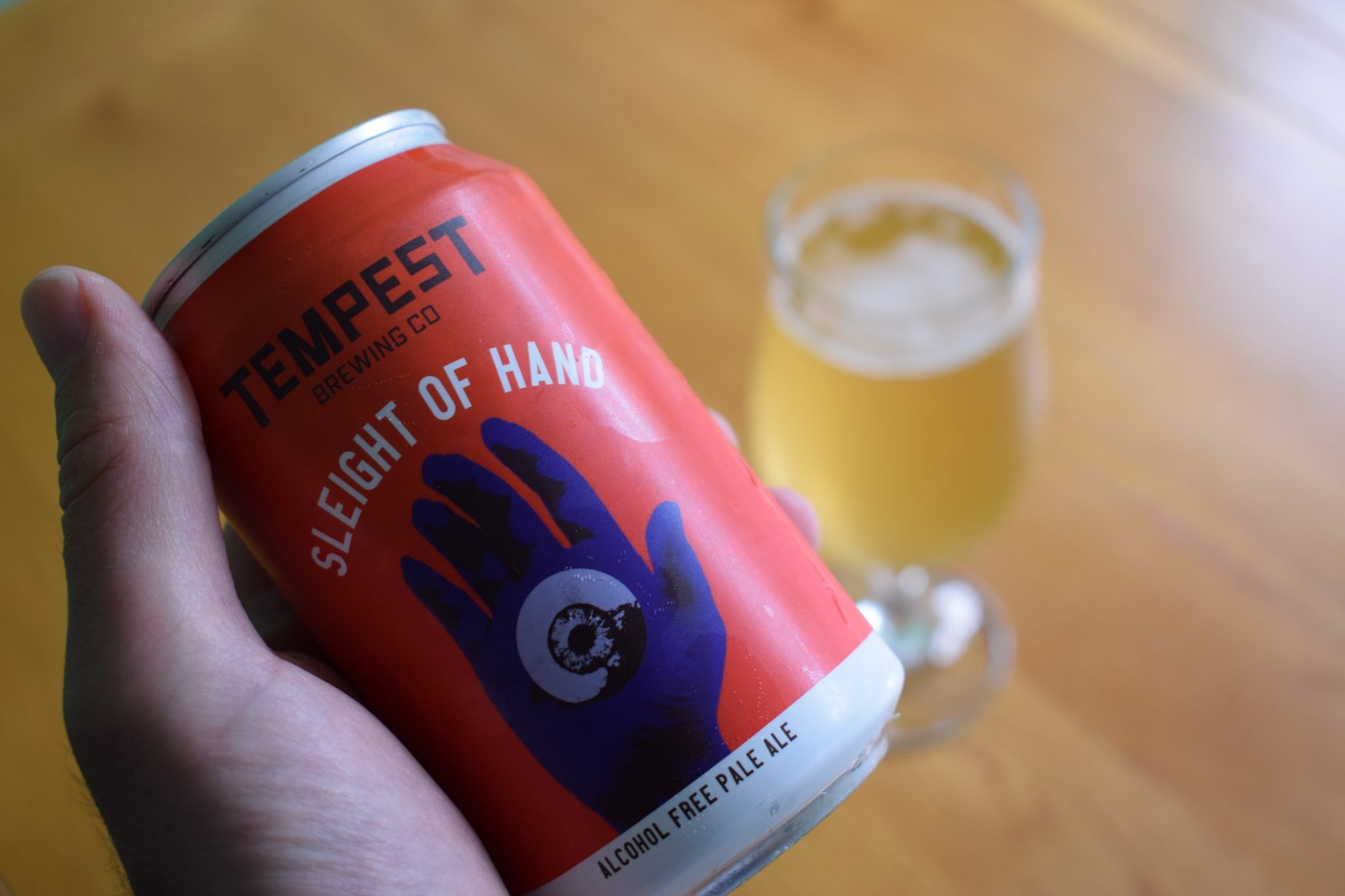