Hide Search
You are here: Home / All reviews / Pale ales, golden ales and IPAs / To Øl “Under the Radar” review – alcohol-free (0.4%) farmhouse ale

“Under the Radar” is a 0.4% ultra-low-alcohol farmhouse-style ale from Denmark’s To Øl gypsy brewery. Get tasting notes and info about ingredients, calories and stockists in this review.

Is there anything those pesky Scandinavians aren’t good at (apart from providing affordable holiday destinations, obviously)?

And of course, beer from the likes of Omnipollo (Sweden), Mikkeller (Denmark) and Lervig (Norway).

Naturally in such a progressive region, many of these breweries are knocking out NA beers. This includes Denmark’s To Øl (pronounced TOE-OOL apparently and Danish for “two beers”).

To Øl still calls itself a young microbrewery. Yet it’s ancient in the context of craft beer in Europe, set up in 2010.

Like Mikkeller, which has already launched dozens of non-alcoholic beers alongside its constantly evolving alcoholic range, To Øl is a “gypsy” or “cuckoo” brewer. This means it doesn’t have its own brewery, preferring to use other breweries’ resources.

Also like Mikkeller, it does a lot of its brewing at De Proefbrouwerij in Belgium, a specialist contract brewer.

De Proefbrouwerij has worked with several breweries – including Scottish brand, Coast – to produce non-alcoholic beer and that’s the case with To Øl’s non-alcoholic “Under the Radar”.

This is a farmhouse-style ale, similar to Coast’s “Farmhouse Ale“, which is also a product of De Proefbrouwerij. First brewed in 2018, this is the 2019 version.

Under the Radar is brewed to be naturally low in alcohol with yeast cultivated from a pear tree in the owner’s parents’ garden.

The grain is barley malt and wheat. The brewery hasn’t disclosed the hop variety.

The calorie count in Under the Radar isn’t too high – 23 per 100ml. But the sugar content is, with 3.4g of sugar making up all of the carbohydrates in this beer.

So I wouldn’t advise a session on this beer.

Under the Radar pours a hazy dank-looking straw colour. There’s loads of foam leading to an impressive head with good retention.

There’s a lot of character to the tarty, funky aroma, with some bread-like doughiness from the malts joined by lemon zest, pear, black pepper and candied orange peel.

The mouthfeel in beers from De Proefbrouwerij rarely disappoints and the situation is no different with Under the Radar. It’s sufficiently heavy and smooth, with a creamy, light carbonation. It’s soft and full.

On tasting, there’s an initial hit of bitterness. But this soon fades to tartness and then a sweet finish.

A musty wheatiness from the grains features heavily in the flavours, with grapefruit, pear drops, and zesty orange.

That sweet finish reminded me of a sweet white wine. I found it a bit too sweet for my liking.

This is a good all-round beer, despite its sweetness.

If you see it, give it a go. Just bear in mind you may not find it overly exciting if you’ve already sampled any of the Mikkeller or Coast non-alcoholic beers from De Proefbrouwerij – all have a similar flavour.

Key info – To Øl Under the Radar 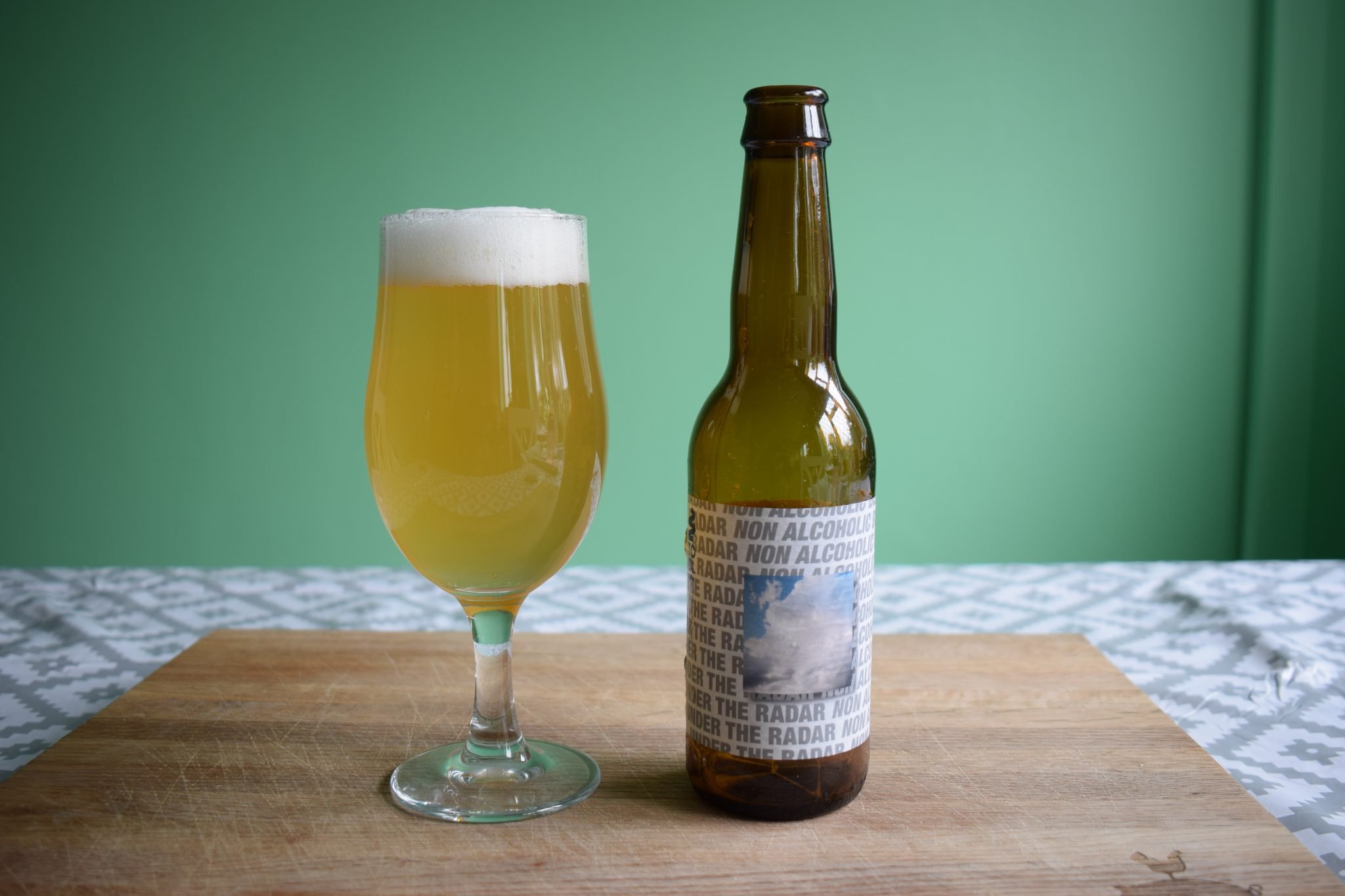