Unltd “IPA” is a 0.5% India pale ale. Get tasting notes and info on where to buy as well as calories, carbs, sugar and ingredients, in this review.

Creating a great beer – especially a low or no alcohol one – is hard.

This is why I’m surprised by the number of breweries that have initial success with a flagship beer, then rush out new styles and recipes, often sacrificing quality along the way.

After all, there’s nothing wrong with only offering one or two outstanding products – especially when you’re just starting out.

Specialist non-alcoholic brewer Unltd has taken a minimal approach to develop its range of beers.

Launching its first beer (a lager) in the summer of 2020, it has taken a year to perfect its IPA, which has now hit the market.

This new beer has already won acclaim with a Bronze award in the World Beer Awards in the UK low and no alcohol category.

Unltd brews beers to be naturally ultra-low in alcohol rather than remove the alcohol after fermentation.

The only unusual – but not unheard of – ingredient in this IPA is maltodextrin. It’s a natural starchy powder that’s often used to thicken foods and drinks.

It’s gluten reduced, meeting the definition of gluten free (less than 20PPM) in most regions. It’s suitable for vegans too.

Like its lager, Unltd’s IPA is ultra-low in calories, carbs and sugar.

There’s a fair bit of carbonation, creating the beginnings of a head. But the foam is limited to a few bubbles and a ring around the circumference of the glass.

The grapefruit aroma has the character of a fermentation by-product rather than a hop-induced flavour.

The body is on the lighter side of medium. The bubbles are prickly and there’s a dry texture and finish.

The malt flavours are more dominant on tasting, with lightly roasted barley, caramel and liquorice leading the lower-key lemon and passionfruit flavours.

The caramel lasts well in the aftertaste.

There’s a satisfying hit of bitterness as you take a sip. This gently builds as you work your way through more sips.

Unltd’s IPA was worth the wait. More in the style of a modern US IPA rather than a British one, it has a lovely aroma and depth of flavour on tasting.

The mouthfeel could be fuller if only to take the edge of the prickly carbonation.

Still, it’s definitely worth seeking out. 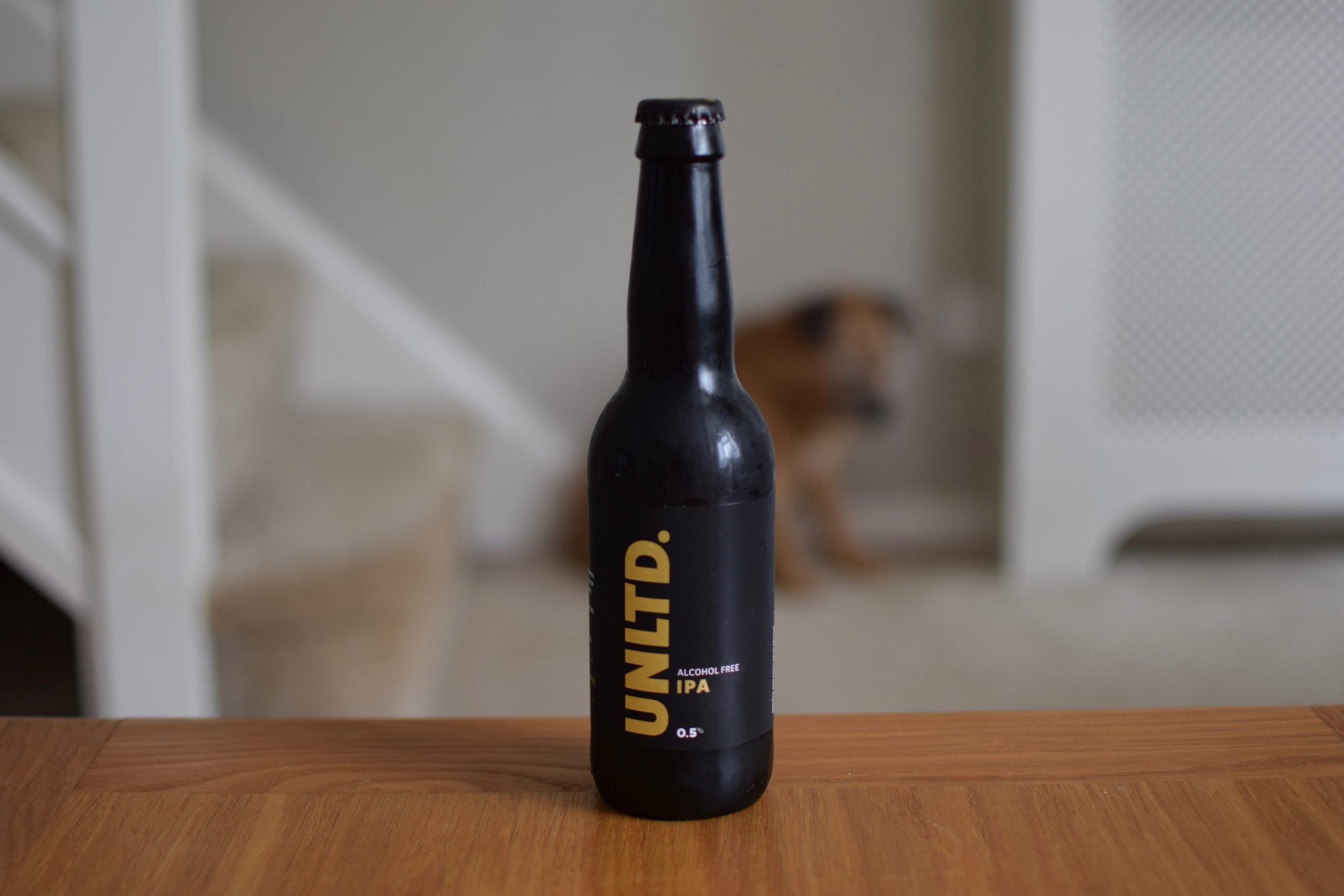