“Intuition” is a 0.5% pale ale from the Wold Top brewery. In this review, get tasting notes as well as info on ingredients, calories, carbs, sugar and stockists.

A few weeks ago, I touted Yorkshire as the capital of the UK non-alcoholic beer scene.

Now yet another NA beer from Yorkshire is in my hands.

Wold Top “Intuition” is a 0.5% ABV (alcohol by volume) pale ale. It joins low and no beers from the likes of Yorkshire based breweries including Saltaire, C’84, Ilkley Brewery, Samuel Smith and Hambleton Ales.

Wold Top is based in Driffield, not far from Scarborough on the Yorkshire coast. It was founded by Farmers in 2003, a year after Chancellor of the Exchequer Gordon Brown helped kick off the craft beer revolution in the UK by cutting taxes for small brewers. It now has a sibling whiskey distillery too, using barley from the farm.

Like most regional breweries, Wold Top sells a core range of beers along with seasonal specials. “Intuition” is its first NA beer, launched earlier this year. It has already won Silver in the World Beer Awards low and no alcohol category.

It’s gluten-reduced, meeting the UK definition of gluten free (less than 20 parts per million) and suitable for a vegan diet.

Unfortunately there’s no info on the calories, carbohydrate and sugar content for this one.

The carbonation produces an excellent foamy, beige head. The foam hugs the edge of the glass as you empty it.

The grapefruit aroma – a tell-tale sign of yeast esters – is maybe a touch overpowering.

The medium body is great. It’s joined by a soft carbonation and gentle mouthfeel that has a slight stickiness.

The flavour on tasting is simple, which is just the ticket following on from the busy aroma.

That roasted orange flavour features again, supported by a foundation of light maltiness that offers a wheaty character.

There’s a little sweetness in flavours, but a solid bitterness soon cuts through it, leaving a lasting imprint through each gulp.

The bitterness leads to an unsurprisingly dry finish.

Another fine NA beer from Yorkshire.

A great aroma and taste. And an even better mouthfeel/body. 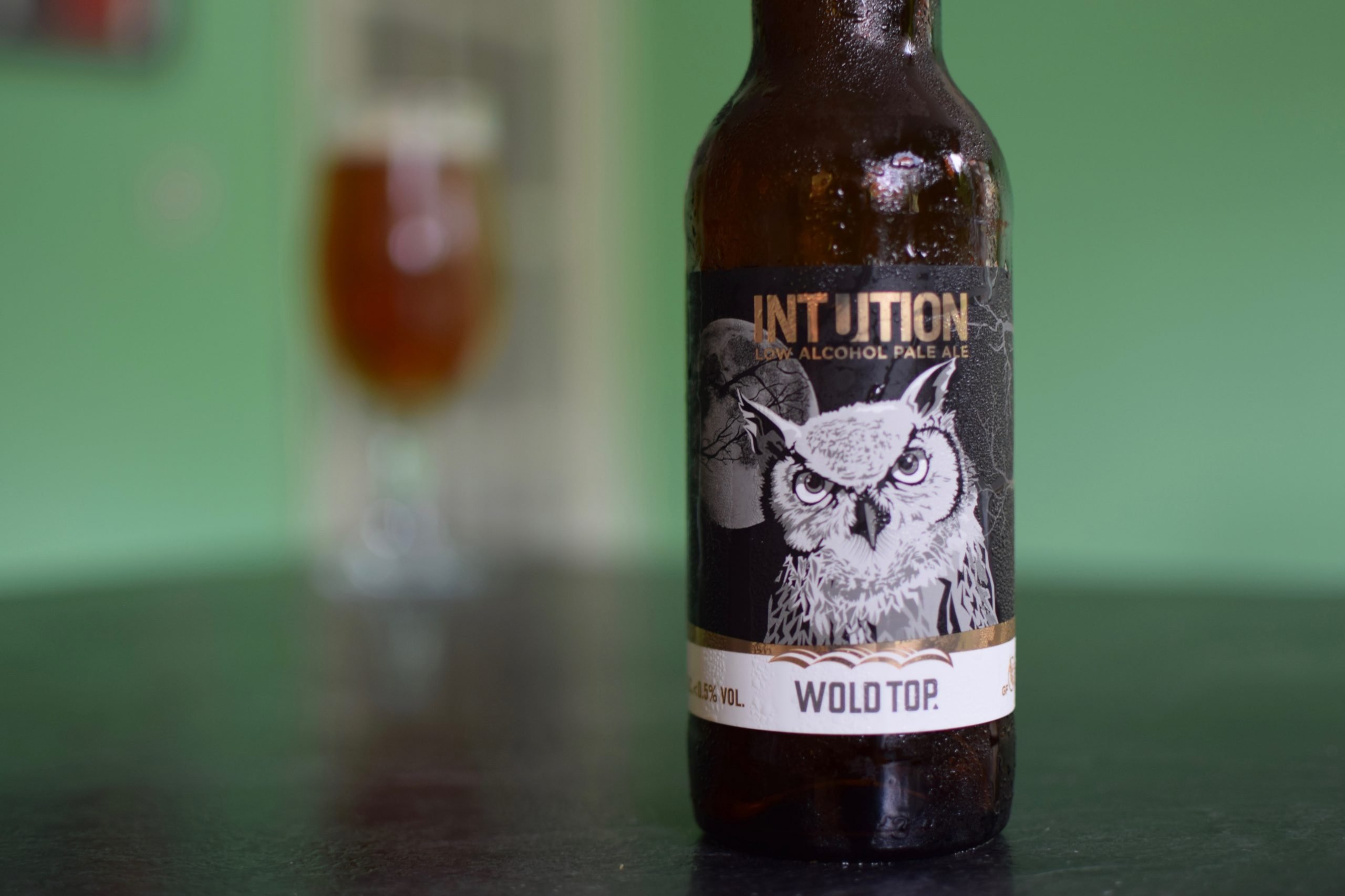