Vandestreek “Fruit Machine” is sour beer brewed with raspberries and blueberries. Get tasting notes, find out where to buy it and see nutritional info (calories, carbs and sugar) in this review.

Growing up in the UK’s West Country, surrounded by orchards, I’ve always been dubious of so-called fruit cider.

Yet, I’ve never had an issue with fruit-infused beer, despite my sometimes-snobby attitude to it.

One of the arguments against additive-laden mass-produced fruit ciders is that they don’t really taste like cider at all. Which is fine if what you want is a poorly disguised alcopop.

The same could be said about some fruit beers. Some do have that distinctive malt and hop flavour, while others are dominated by the fruit flavours and could easily be enjoyed by those who don’t normally like beer.

I’m usually happy with either, as long as they’re more enjoyable to drink than soft drinks alternatives like cola and lime and soda – which they usually are.

After its releases of an alcohol-free Bock and probably one of the world’s best-tasting alcohol-free IPAs, Vandestreek’s latest non-alcoholic beer is a fruit beer called “Fruit Machine”. It’s labelled as a sour-style beer and was released in 2019.

Vandestreek is based in the Netherlands and has been around since 2010, launching commercially in 2013. It’s not a specialist alcohol-free brewery, but three of its seven core beers are 0.5% ABV or less.

The fruit in Fruit Machine is raspberry and blueberry. It sits alongside Amarillo and Cascade hops, plus barley malt, yeast and water.

There’s no oats or wheat in this beer’s ingredients.

Vandestreek has used a brewing technique that ensures there’s less sugar from the fruit in the finished beer. But it’s still high in sugar for a beer, with 3.8g per 100ml. This is from 6.9g of carbs per 100ml.

There’s 30 calories per 100ml. Again, this is high for a beer but pretty standard for a low-alcohol fruit-infused beer.

Fruit Machine pours a murky burnt umber colour, with a tiny head that winds down to a ring of bubbles and a few islands of foam.

The aroma begins sweet and malty with oak, red wine and caramel with a touch of marshmallow and a hint of spice from the cascade hops.

The raspberry and blueberry aromas push through later, masking any potential citrus aromas from the hops.

The carbonation is wanting. Partnered with a low to medium body, it makes for a slightly disappointing mouthfeel. But, it’s not syrupy or overly sticky like some fruit-infused NA beers.

Roasted malts rather than sweet fruit also dominates the taste, with caramel and a little cocoa and straw leading before some raspberry flavour kicks in.

Bitter rather than sour, the bitterness builds throughout each sip leaving a very bitter finish that lasts.

I didn’t get significant blueberry flavours in the taste.

If you’re sceptical of fruit-infused beers, Fruit Machine – with its malty backbone – might make a nice intro.

That said, the mouthfeel is a bit disappointing. And the taste is a bit dull compared to the complex and mouth-watering aroma.

Fruit Machine may also disappoint if you’re after a lip-puckering sour. 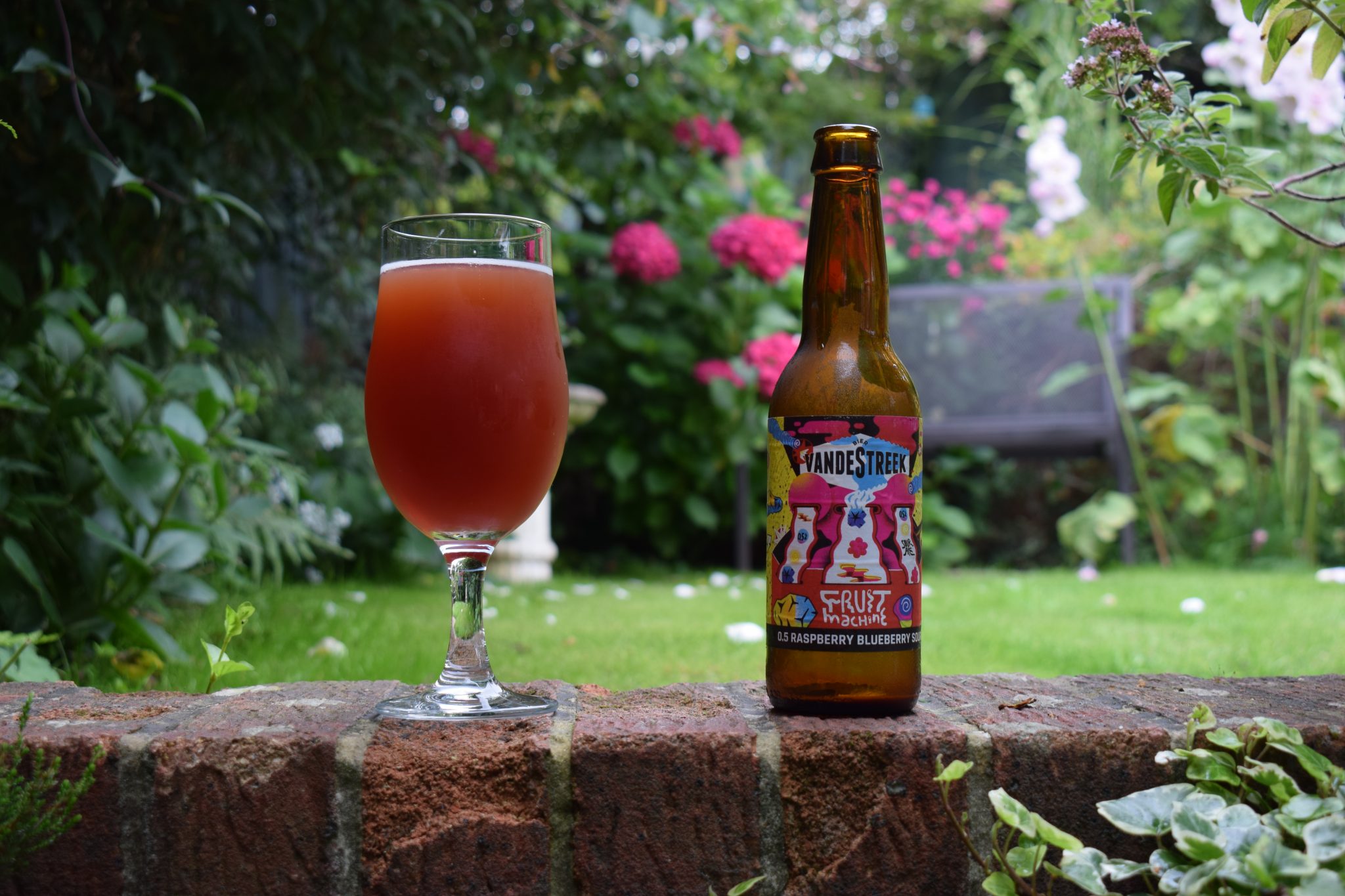