“Wit” is a citrus peel-infused wheat beer from Netherlands-based Lowlander. Get tasting notes and info on ingredients, calories, carbs, sugar and stockists, in this review.

Is it me or are people’s job titles getting wackier?

Interesting ones I’ve come across recently include Happiness Manager, Innovation Sherpa, Director of Storytelling and Entrepreneur-in-Residence.

How about Chief Botanical Officer?

That’s the official title of Frederik Kampman, founder of the Lowlander brewery.

But what have botanicals, which are usually associated with gin, got to do with beer (apart from the usual hops and grain)?

Everything in the case of Lowlander, which use botanicals such as herbs, spices and fruit in all of its beers.

Frederik got the idea for botanical-based beers while working in gin distilling in the UK. He later discovered his home country the Netherlands actually has a history of brewing beer with botanicals.

Frederik rekindled that tradition when he set up Lowlander in 2015. The brewery now produces more than 10 beers at various strengths. It includes this 0% “Wit” (white) beer, which Lowlander launched in the UK in 2019.

The botanicals in Wit are rescued from the 250 million kilos of orange and lemon peels that bars and restaurants discard of in the Netherlands each year.

These go into the brew alongside the usual wit ingredients – barley and wheat malt, plus hops (and water of course).

The use of citrus fruits pushes up the calorie and carb count in this beer.

Wit pours straw coloured with a slight haze. It has a good head of foam, which lasts a long time leaving plenty of creamy bubbles down the side of your glass.

The lemon and orange dominate the aroma. The smell reminded me of a classic orange juice and lemonade from the pub as a kid.

Else from that, there’s a touch of pale malt and a little floral aroma, presumably from the hops.

The body is sticky, heavy and thick. Delicious.

The viscous mouthfeel takes any edge of the carbonation to give it a velvety feel.

On tasting, it’s those citrus fruits again leading the flavour, backed by a tinge of pale malts and wheat. Sweet and sour, tangy and acidic, it’s lip puckering until the sweetness takes over fully.

There’s some bitterness, but this feels more from the fruits than the hops.

The finish is dry, despite that lack of bitterness.

Wit is a lovely drink, but it reminds me more of a craft soda than a beer. (Think, Orangina or Sanpellegrino with natural ingredients and less added sugar.)

So it’s probably not worth considering if you’re after a classic wheat beer.

As an alternative to a soft drink though, it’s great. It will add a bit of variety to your NA beer collection too. 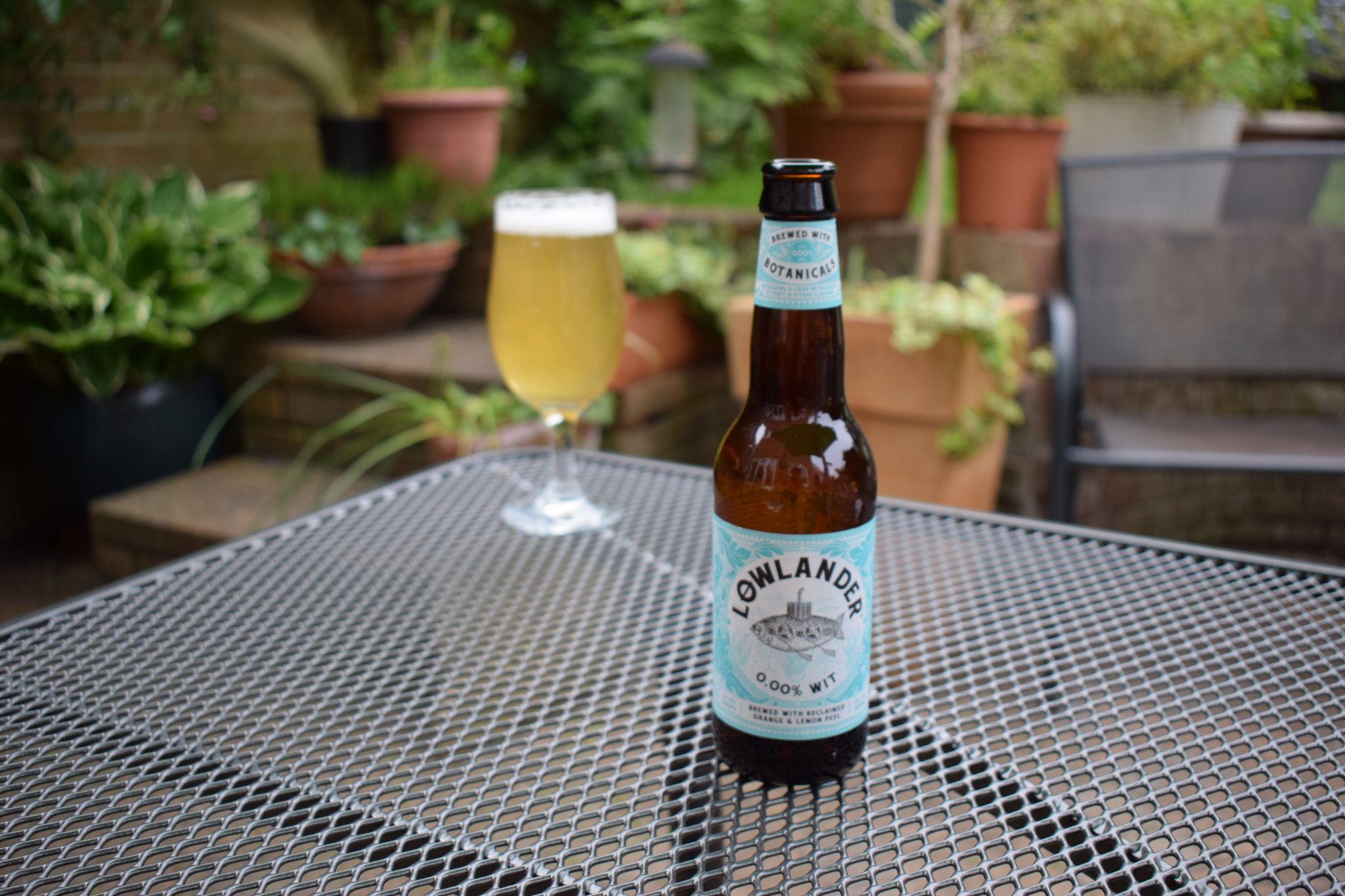