Clausthaler “Unfiltered Dry Hopped Alcohol Free” is a 0.4% ABV German lager, dry hopped with cascade hops. Get tasting notes, find out how it’s made and where to buy it, plus get information on calories, carbs and sugar.

Until recently, in the UK at least, drinkers expected a crystal clear pint. Anything else was a bad beer, tapped too early or the end of the barrel.

Some beer enthusiasts still won’t touch a hazy beer (I was laughed at by the landlord of my local CAMRA branch’s “Pub of the Year” when I informed him I was on my way back from a beer festival run by a brewery that only produces unfined, cloudy beers).

Thankfully, most drinkers are more open minded now that intentionally cloudy and hazy beers have become more popular. And, of course, haze has always been a feature of many beers in brewing centres like Belgium and the Czech Republic.

Germany is another country where drinkers rarely turn their noses up – or should that be eyes up – to a cloudy beer. Hefeweizen and kellerbier are just two styles that are served cloudy, with brewers and drinkers recognising that a lot of the flavours cling to the proteins present in these beers.

Specialist non-alcoholic brewery Clausthaler’s “Unfiltered Dry Hopped Alcohol Free” lager is a German beer produced with this tradition in mind. Clausthaler’s classic lager has been around since 1979 but it launched it’s unfiltered version much later in 2015. 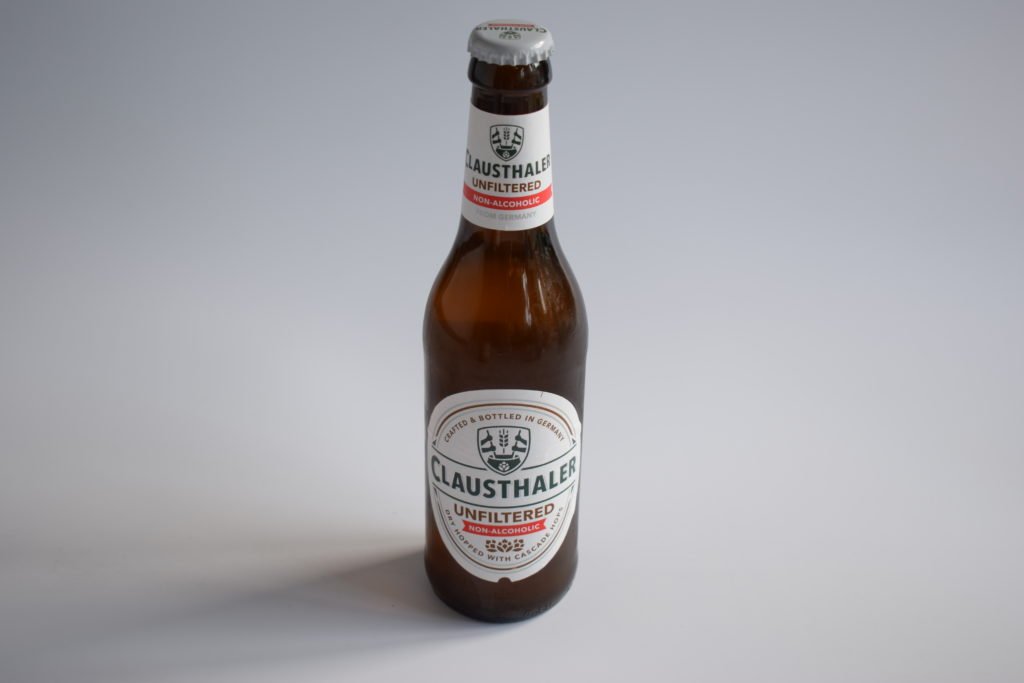 Clausthaler is available in 51 countries, including the UK, US and Canada.

How is Clausthaler Unfiltered Made?

Rather than remove the alcohol after brewing, which can affect the flavour of the beer when done badly, Clausthaler uses a controlled fermentation technique that produces only very small amounts of alcohol. This results in a beer at less than 0.5% ABV.

So, although Clausthaler Unfiltered isn’t completely alcohol-free in a technical sense, it only has around the same ABV as a ripe banana and some types of bread. Like all beers under 0.5%, it can’t get you drunk.

The brewery also dry hops this beer by adding cascade hops to the cooled wort before fermentation. This adds further hop aroma and flavour without contributing further the the beer’s bitterness.

As well as a best before date, the bottle also tells you when it was packaged so you know how fresh your beer is. A nice touch and something more low and no alcohol brewers should do.

Unfiltered pours a moody orange. It’s cloudy – obvs. Despite little fizz, it creates a decent head, which leaves a satisfying trail of foam down the side of the glass as you drink it. 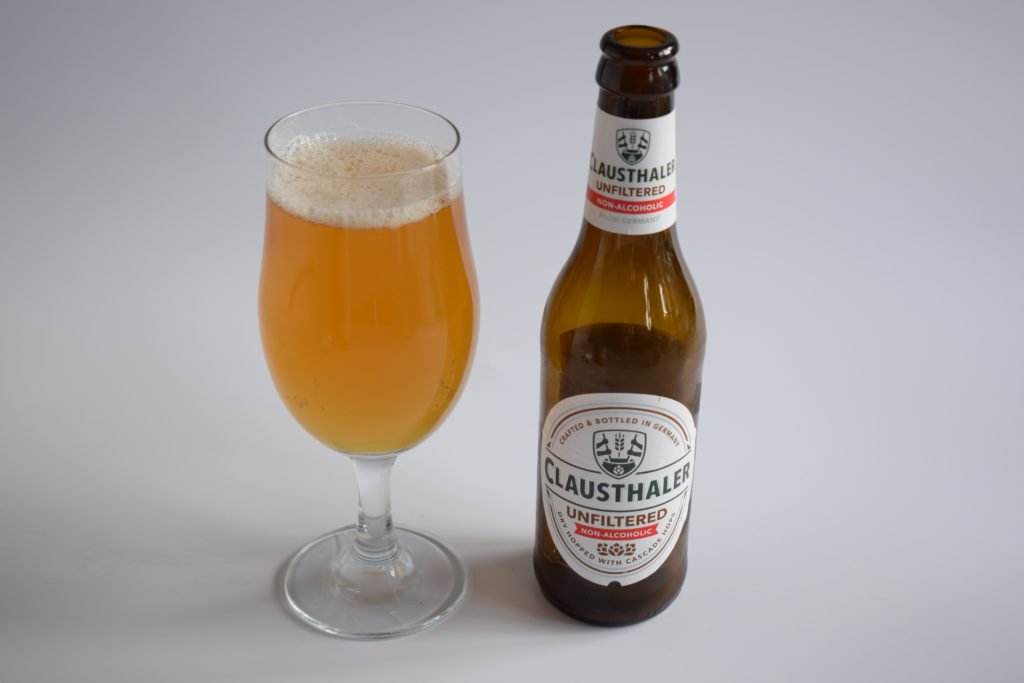 The initial aroma is classically lagerish, with a clean and sharp maltiness with a teeny bit of worty soapiness in the background. Then the smells from the cascade hops hit your nostrils – grapefruit backed by a spicy, floral aroma that errs to a tropical fruitiness.

Helped with the yeast and other proteins suspended in the beer, it has a medium, soft body. The carbonation is low, but nowhere near flat. It tingles your tongue and throat as it slips down.

The flavour is lacking that classic lager and pilsner maltiness. Instead, it’s sweet and citrusy with only a hint of bitterness. It’s nicely balanced and melds effortlessly with the aroma.

The bitterness fades as your tastebuds get acquainted with this beer. This is replaced by a smidgen of tartiness that’s not quite lip puckering so it’s surprisingly pleasant.

This is probably the best alcohol-free beers I’ve sampled that’s available globally. It’s refreshing, varied and has a lovely aroma and good flavour. It reminded me of some of Mikkeller’s bottom-fermented beers.

My only big qualm is that it probably slips down a little too easily without the presence of alcohol.

This isn’t your typical lager, so give it a miss if that’s what you’re craving. If you’re open to something a little more adventurous, give it a go. 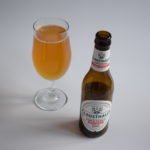