“Kukko IPA” is a 0.3% malt-forward India pale ale from Finland’s Laitilan brewery. Get tasting notes and info on stockists, carbs, calories, sugar and stockists, in this review.

While the arguments over what makes an IPA an IPA continue, one thing most of us can agree on is that the style originated in England and was most likely a strong, hoppy ale.

The ABV of IPAs gradually fell as the world wars led to beer duty increases and restrictions on barley. The popularity of the style suffered too.

Now though, IPAs have experienced a renaissance, thanks in part to its popularity with north American brewers who tend to use local hops, which are more pungent and zesty than traditional UK hops. Hence many drinkers now associate IPAs with fruity, piney, resinous aromas rather than the understated floral, earthy aromas in a classic but often forgotten IPA.

When creating an IPA, most brewers around the world go to US-style route, with hops such as Cascade Chinook, Simcoe and Centennial dominating the flavours.

Finland’s Laitilan brewery has gone a slightly different route with its Kukko alcohol-free IPA. Still featuring American hop varieties, the brewery has aimed for a malty base more characteristic of a traditional English IPA.

Laitilan is Finland’s fourth-largest brewery and is no stranger to non-alcoholic drinks, starting out in 1995 as a soft drinks producer.

The hops in this IPA are all of the “new world” variety – Columbus and Centennial and Amarillo. The malt types are Pale Ale, Red Ale and Caramel.

There are no other grains and no other funny ingredients or additives. It’s gluten free and suitable for a vegan diet.

It’s made by removing the alcohol from a full-strength beer using reverse osmosis technology. The beer isn’t heated, so it doesn’t lose any flavour as it goes through this process.

It’s almost completely sugar free with less than 0.1g of sugar per 100ml.

That Red Ale malt is showcased in the appearance. It pours a clear, rusty red with a brownish head of foam.

The aroma is led by the grains with sweet, toasted malt at first. Later, it’s joined by liquorice and then some fruitiness from those new-world hops – passionfruit and sherbet.

The body is on the lighter side of medium. It has a soft mouthfeel and is well carbonated, the softness taking any harshness threatened by the bubbles.

As with the aroma, malts dominate the flavour. Toasted malts and straw lead, with a touch of liquorice and zero fruity esters.

The bitterness is high, and probably more noticeable due to the lack of sweet fruit flavours. But I quickly got used to it.

The finish is unsurprisingly dry.

It may be from Finland, but Laitilan’s Kukko non-alcoholic IPA fills a big English-style IPA-shaped gap in the market.

OK, maybe the lack of fruity esters in the flavour lets it down a tad. But it’s still a good option for those who enjoy more traditional ales, albeit with a tropical rather than floral aroma. 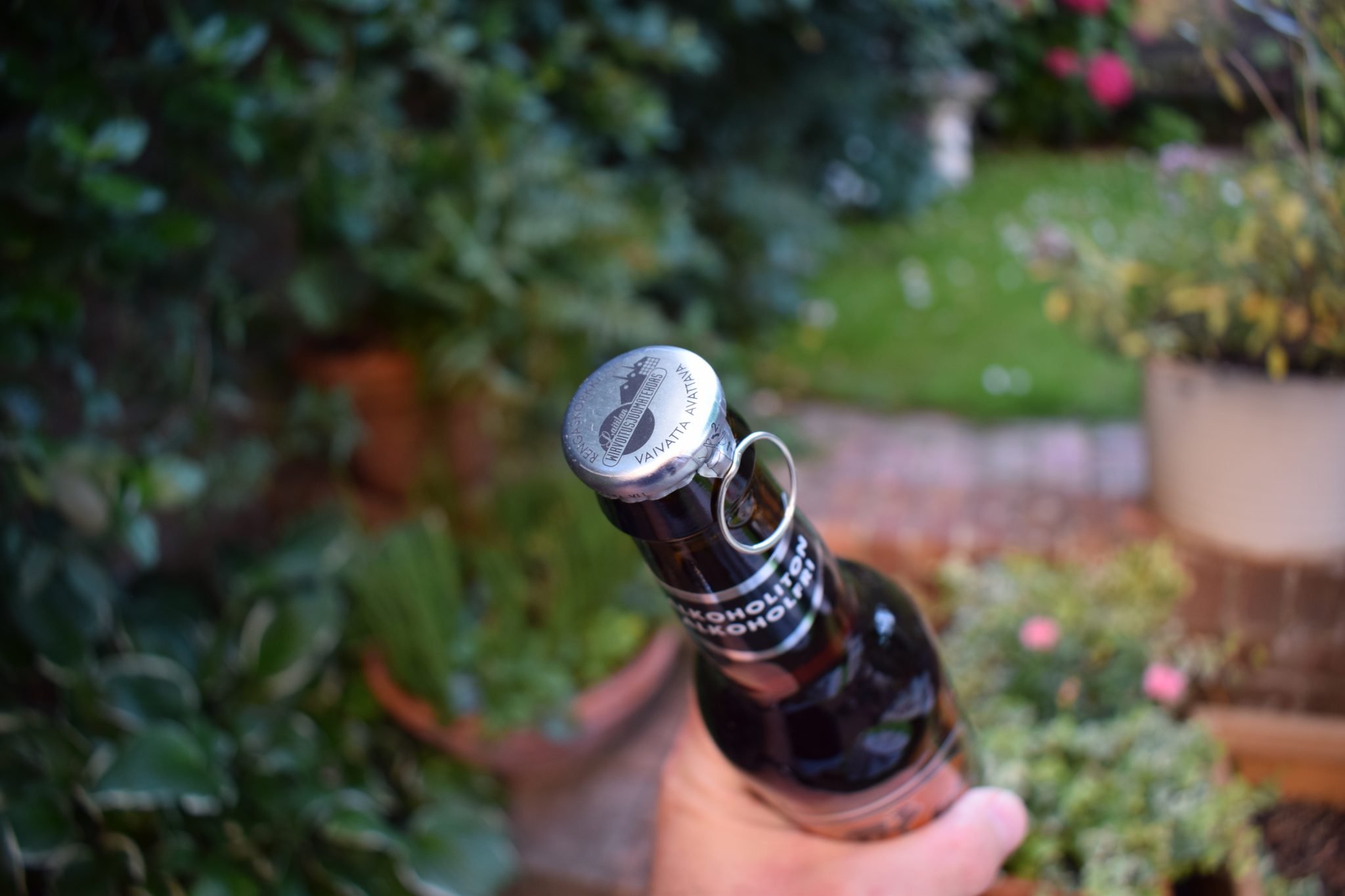