This NA beer is a chilli-infused New England India pale ale from Mash Gang. In this review, get tasting notes and info on ingredients, calories, carbs, sugar and stockists.

Although I usually regret it afterwards, I do love a bit of spice when it comes to food.

But not so much when it comes to drinking. Hence why I’ve never been tempted by a chilli-infused beer, non-alcoholic or not.

Not that these beers are that common in the wild. The only examples I recall seeing recently were at a chilli festival, where I dismissed them as a bit of a joke.

Yet, there are quite a few commercial examples out there, where the brewers add the chilli during the boil or fermentation stages of the brew.

Specialist non-alcoholic brewers Mash Gang seem to have a thing for chilli, with the ingredient appearing in a few of their beers so far – including this oddly named “I Am Become Death Destroyer of Worlds” (0.5%).

“IABDDW” – as I’m going to call it from now on to save server space – is a New England India pale ale style beer, the chilli-infusion an addition not seen on the official style guidelines.

Then again, Mash Gang doesn’t seem like a brewery that does things by the book. It has recently released the world’s first non-alcoholic hard soda, for instance.

As well as chilli, water, grains and hops, this beer includes maltodextrin to give it some extra body.

The grain bill includes rye, wheat and hops in addition to barley malt.

IABDDW isn’t gluten free and may not be suitable for a vegan diet.

This includes just 2.2g of carbohydrates and an ultra-low sugar content of 0.1g.

Opaque and coloured like pineapple juice, IABDDW produces a few small bubbles that leaves no head, just a few islands of bubbles and broken ring of foam round the glass.

The aroma is overwhelmingly sulphur-heavy to the point it’s almost eggy. This hides grassy flavours and a light maltiness.

There’s none of the fruity, juicy aromas you’d expect from that varied hop bill.

The body is thin but silky and slippery like a cordial mixed with water.

As hinted by the appearance, the carbonation is light. The bubbles are tight and aggressive, but quickly dissipate as it slips down.

Things continue looking up on tasting. Hardly any of the sulphur characteristics seep into the taste. The pale malt flavours are simple with a little wheat helping provide a foundation for light orange and lemon flavours.

The bitterness is low, with the dry finish possibly being fuelled by the hop oils.

There’s no sign of the chilli apart from maybe a tingle as it passes your lips.

Despite a hop and grain packed recipe, I Am Become Death Destroyer of Worlds is a simple beer, lacking in flavour and variety.

The sulphur flavours – which I can hack in small quantities in a beer – don’t help its cause. 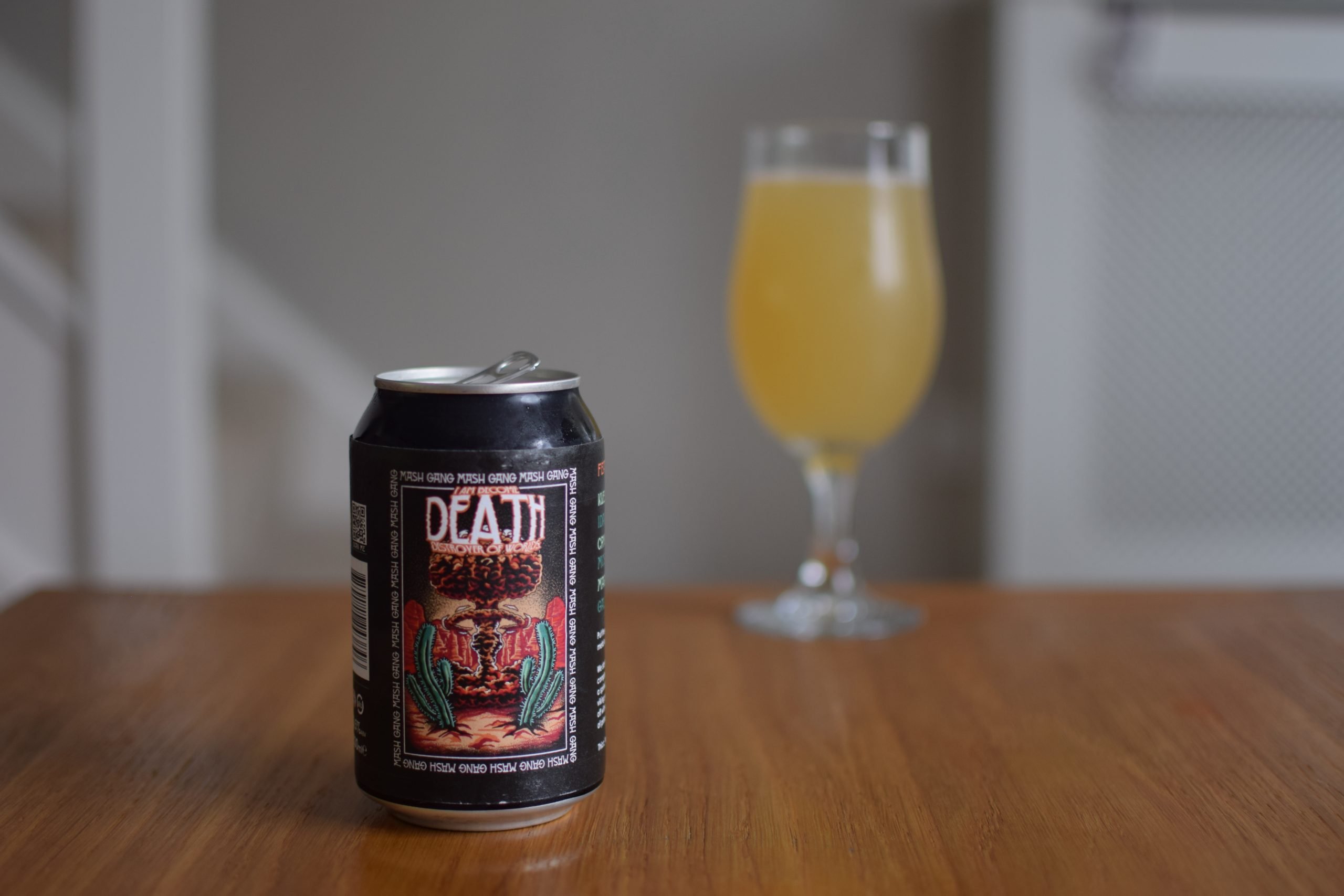