“Low Profile” is an ultra-low-alcohol (0.5%) India pale ale from Aldi brand The Hop Foundry. Get tasting notes and info on ingredients, calories, carbs, sugar and stockists in this review.

After a slow start, supermarkets in the UK are gradually upping their non-alcoholic beer game with some of the bigger stores now stocking a pretty impressive selection.

So-called discount retailer Aldi was especially slow in taking advantage of the NA beer revolution, with no beers under 0.5% ABV available until recently. Fellow discounter Lidl wasn’t so lethargic off the blocks, with an own-brand non-alcoholic wheat beer and non-alcoholic lager sitting alongside a growing selection of beers of all ABVs.

As you might expect from a discounter, the NA selection at Aldi and Lidl is still limited. But both have committed to creating branded beers, a move that only a couple of the major supermarkets have taken.

Aldi’s own-brand range of non-alcoholic beers includes a French-produced lager, a pilsner, an IPL and this IPA, “Low Profile” (0.5%). The IPL and IPA fall under the supermarket’s “Hop Foundry” label, with branding and recipes aimed at the craft beer market.

Alongside water, hops, yeast and malted barley, Low Profile include oats, which are handy for contributing weight and character to the mouthfeel.

The malt variety includes Pale Ale Malt while the hop varieties include Cascade, a common hop in US craft beers.

There’s no info about gluten or vegan-friendly ingredients on the packaging, so it’s not gluten free or vegan friendly.

There are 3.2g of carbs per 100ml, but sugar makes up only around 0.5g of this making it a good low-sugar option.

Low Profile pours golden amber, with lots of live to begin with. But this soon relaxes leaving only the odd bubble rising to join the crescent of foam hugging one side of the glass. And without a head of foam, it looks a little insipid.

Sweet fruit aromas featuring grapefruit, roasted orange and sherbet hit your nostrils first. These flavours are joined quickly by caramel and a pinch of custard.

There’s no earthy or floral aromas.

The mouthfeel is characterised by a few prickly bubbles and a medium body.

The flavour offers a neutral pale malt base before it fades into a sweeter, fruity taste with the orange and grapefruit from the aroma joined by a squeeze of lemon.

The bitterness is low on the first few sips, but it grows without overwhelming the other flavours and leaves a satisfying bitter aftertaste.

It’s sweeter than the sugar content suggests, yet this balances with the bitterness and doesn’t overload the senses.

Another solid-performing non-alcoholic beer from Aldi. It’s not the greatest, but it’s good enough to reach for when you need an NA beer fix for a low price.

And a much better option than sugar-laden and caffeine alternatives. 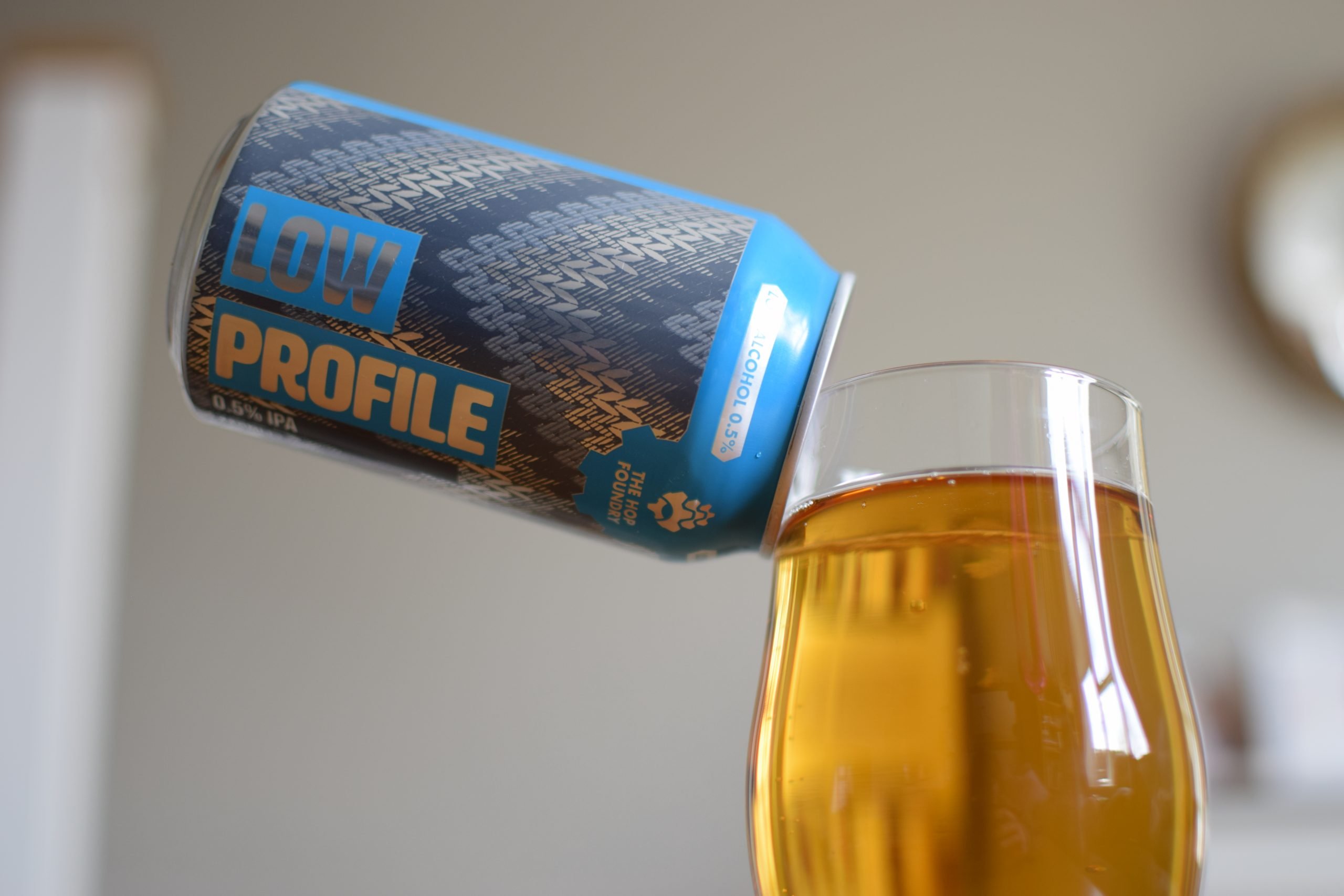