This low-alcohol (0.5%) IPA from Fungtn is a beer infused with mushrooms. Get tasting notes, plus find out its ingredients and calorie, carb and sugar content int his review.

IPAs – India pale ales – come in all colours and flavours.

So what is it that makes an IPA an IPA? Hops – lots of hops.

Apparently originally produced to survive the long boat journey from England to India, IPAs are usually hoppy as you like – whether that’s using traditional hops from the UK or some of the newer varieties that have come out of places like the US and New Zealand over the past few decades.

Although used for their flavour and preservative qualities, hops contribute to non-alcoholic beer’s health benefits.

Now breweries are adding other ingredients to their non-alcoholic beers to boost their health benefits even more.

This includes the UK’s Fungtn brewery, which uses mushrooms in its beers.

Fungtn launched last year with three core beers – a Chaga mushroom lager, a Reishi mushroom pale ale and this IPA, infused with Lion’s Mane mushroom. All beers come in at less than 0.5% ABV.

So what’s so great about the Lion’s Mane (which is also known as the “hedgehog’s goatee” – in Germany – and “bearded hedgehog”)? Some studies suggest consuming Lion’s Mane could stimulate brain cell growth and reduce anxiety. It also contains compounds that could help fight cancer.

Lion’s Mane IPA contains 0.5g of mushroom per 330ml can or bottle.

Then it’s just water, yeast, hops, barley malt and oats making up the remainder of the ingredients.

All Fungtn’s beers are gluten reduced, meeting the definition of gluten free (less than 20 parts per million) in most regions. They’re also suitable for vegans.

Lion’s Mane IPA pours a dark shade of amber. It’s clear with no sign of any haze in the canned version. However, the bottled one I sampled in the year was hazy.

The carbonation creates a razor-thin head and a ring of bubbles around the glass.

The aroma is earthy and uncomplicated. There’s caramel and lightly roasted barley from the malt with an estery peachy, orangey character from the hops or yeast – or both.

The body is light to medium and has a pleasant light carbonation – the bubbles soon tire themselves out after pouring.

The malts shine in the flavours on tasting. There’s more caramel, along with some smokey cocoa and a foundation of lightly roasted barley and roasted orange.

It’s quite sweet, seeing as there’s hardly any sugar in there. But the sweetness is balanced out by a cutting bitterness.

The brewers promise no mushroom flavours – and there isn’t any.

The body is maybe a little light, but this gives it a refreshing texture.

And if you’re into your adaptogenic mushrooms… well, you won’t go wrong with this beer. 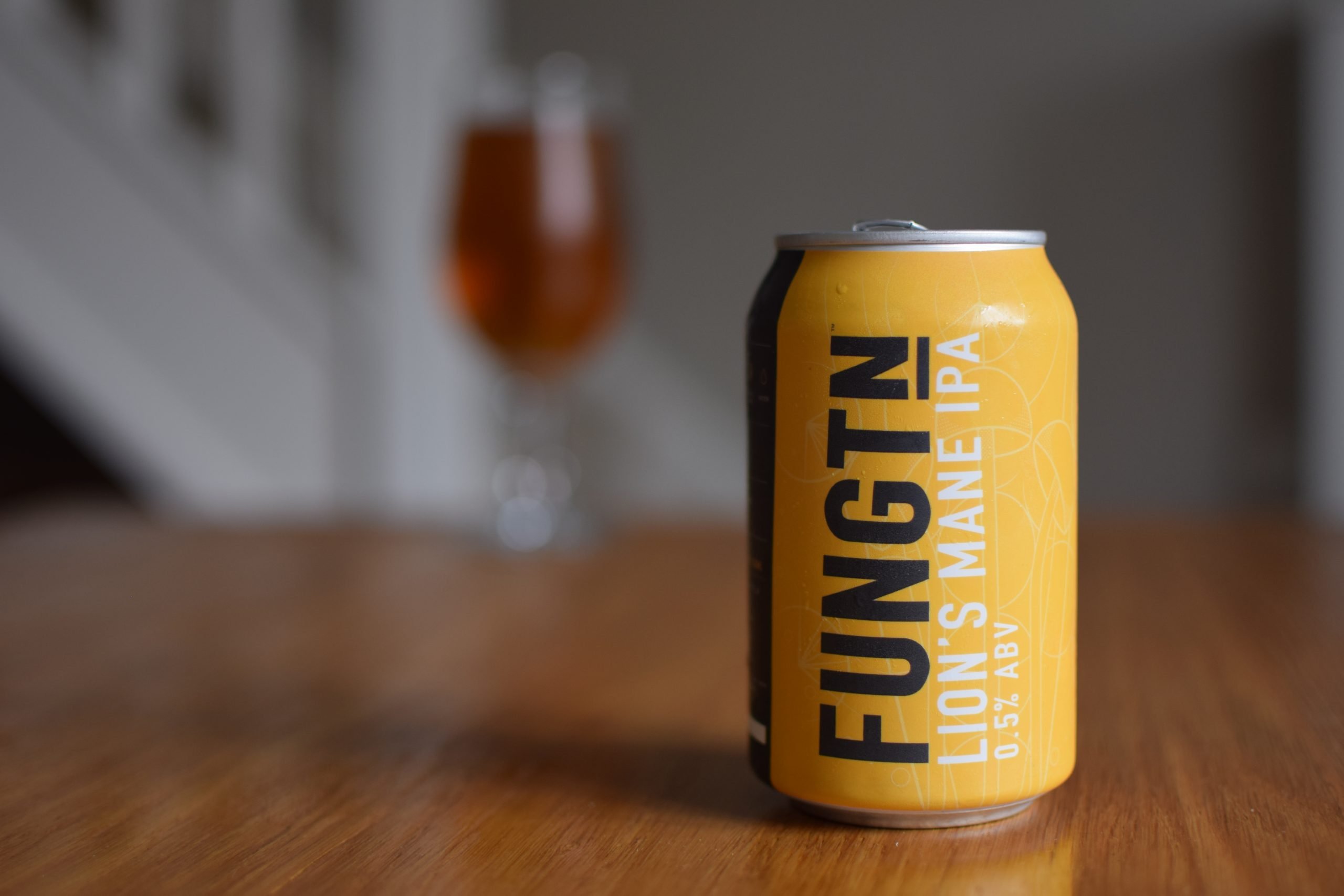