Mikkeller “Limbo Blueberry” is a low-alcohol fruit beer, brewed in Belgium. Get tasting notes in this review. Plus find out the ingredients, calories, sugar and carb info, and where to buy.

Last week’s review was a beer designed to be consumed with food.

But can you drink beer as a replacement for food?

Monks in centuries gone by certainly thought so. Legend has it that many monasteries, abbeys and priories would tweak their brews in the run up to Easter, allowing monks to sustain themselves without the need for solid food during their annual Lent fast.

The idea of replacing food with beer for weeks on end seems outlandish these days. But it’s not as mad an idea as it sounds. After all, beer does provide a little energy, mostly from carbohydrate and protein.

Non-alcoholic beers, which are more likely to have higher levels of sugar than standard-strength beers, have the potential to be especially energising. All without the wasted “empty” calories that alcohol provides.

OK, I’m not advocating a drinking a beer instead of eating a main meal (I’m too greedy).

But a beer has the potential to replace dessert. Especially if it’s anything like Mikkeller’s “Limbo Blueberry”. This is one of five beers in the Danish brewer’s “Limbo” fruit-infused beer series, which it brews at De Proefbrouwerij in Belgium.

Ingredients and calories, carbs and sugar

The result is an eye-watering (or should that be mouth-watering) 6.3g of sugar per 100ml, which is 21g per 330ml can. That’s about the same as a small slice of cake, albeit without the fat.

Limbo Blueberry pours a rich, opaque beet red, rather than blue. Like the rest of Mikkeller’s NA beer range, it has an impressive fluffy head, tinged with those beety shades.

The malts and hops mix to create a mouth-watering aroma of raspberry (rather than blueberry), tinged with beetroot, lemon and grapefruit. I didn’t pick up any distinctive malt aromas.

The mouthfeel is thick and full, more like a fruit smoothie than a beer. The carbonation is light, with a few bubbles causing a ruckus after they’ve fought their way through the soft murk.

As expected, fruit dominates the flavour. Again, there’s very little blueberry or malt flavour. This time, it’s beetroot rather than raspberry that leads the way, backed by lemon.

It’s tangy and slightly acidic, but easy to sip on because it’s very sweet too. There’s low bitterness and the intensity of the flavours grows the more you drink.

More like a fruit smoothie than a beer, Limbo Blueberry is a gorgeous drink if you’re into your fruits and don’t mind the lack of maltiness. And it continues to showcase the fruity esters that Mikkeller’s non-alcoholic beers are known for.

Is it a suitable replacement for a dessert? Filling and flavourful, yes it is. Just make sure you enjoy each sip – one serving is probably enough with this one. 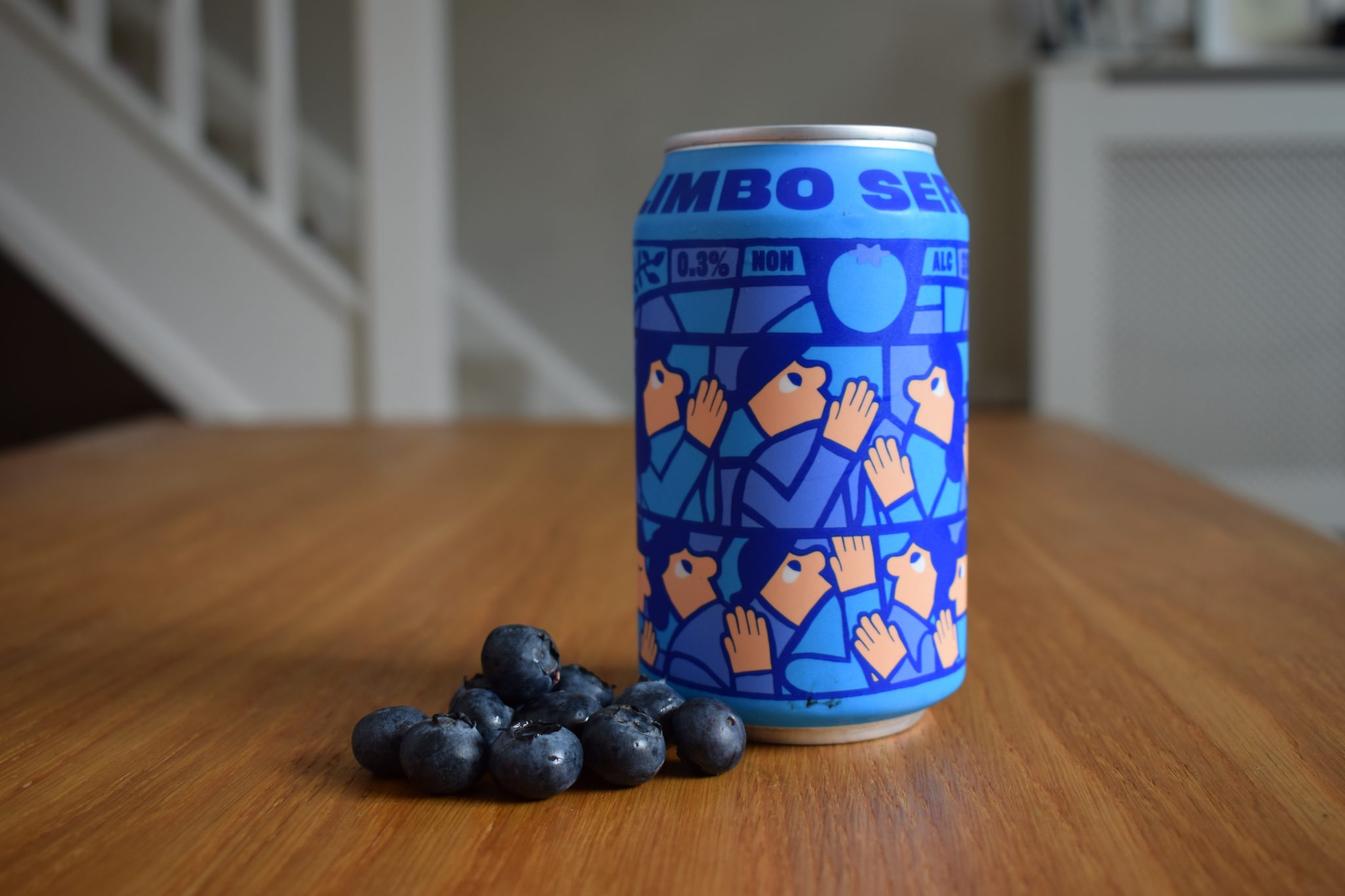