Clwb Tropica Non Alc is an ultra-low-alcohol India pale ale from Welsh brewery Tiny Rebel. Get tasting notes and info on ingredients, calories and sugar in this review.

Brewing an acceptable low or no alcohol beer isn’t easy. Hence why so few traditional breweries – especially the smaller ones – don’t produce any beers around 2.5–3% ABV (alcohol by volume).

But it surely makes it easier when you have a specialist non-alcoholic brewery using your equipment to brew its beer. That’s the case with Newport’s Tiny Rebel brewery, which counts the likes of Big Drop Brewing Co among the breweries that rent out its facilities.

This led to Tiny Rebel and Big Drop collaborating on a limited edition non-alcoholic “imperial” stout to mark the Newport brewery’s 7th birthday in 2019.

The original 5.5% version of Clwb Tropica was released in 2016 and is now one of the brewery’s core beers.  It’s infused with mango, peach, passionfruit and pineapple juice.

The non-alcoholic version features the same fruit juices and the same hop varieties – Citra, Simcoe and Mosaic – as the original. The grains are Munich malt, wheat and oats. The brewery website also lists dextrin as an ingredient, but this isn’t mentioned on the packaging of the batch I sampled.

It contains lactose (milk sugar) too, so unlike the original version, Clwb Tropica isn’t suitable for a vegan diet.

The calorie content listed on the can seem excessive – 71 per 100ml or 234 per 330ml can. But it’s accurate according to the brewery.

The carb and sugar content is pretty standard for similar NA beer, so I don’t know where all those extra calories are coming from. There’s 3.2g of carbohydrate, which includes less than 0.5g of sugar, per 100ml.

Clwb Tropica pours an opaque amber with lots of bubbles initially. The carbonation soon dies down, but not before it leaves a thin but satisfying head that’s occasionally re-armed by the odd lingering bubble from the bottom of the glass.

I got a hit of pine on my nostrils as I cracked the can open but this was oddly absent once in the glass.

Instead, it’s the fruit from the juice and hops that dominates with pineapple, lychee and peach creating a reminder of those Fruit Salad chewy sweets from childhood.

There is a touch of pale malt providing a foundation for the fruit, and the pine from the initial hit creeps back into the aromas as you get used to the other smells.

The aromas and flavours can trick you into thinking it has the consistency of a smoothie. But it doesn’t – it’s a little syrupy and sticky with a medium body and tight, velvety carbonation.

There’s a little more malt in the flavour than in the aroma but it’s only a modest caramel foundation to more lychee, peach and pineapple flavours.

The sweetness provided by the fruit juice is counteracted creditably by a light bitterness, while there’s a speck of lactic sourness in the aftertaste.

Clwb Tropica Non Alc is an easy-drinking beer that will appeal to fans of fruity IPAs as well as non-beer drinkers looking for a “grown up” no alcohol option.

However, the low malt and understated bitterness might put you off if you’re after a more traditional IPA. 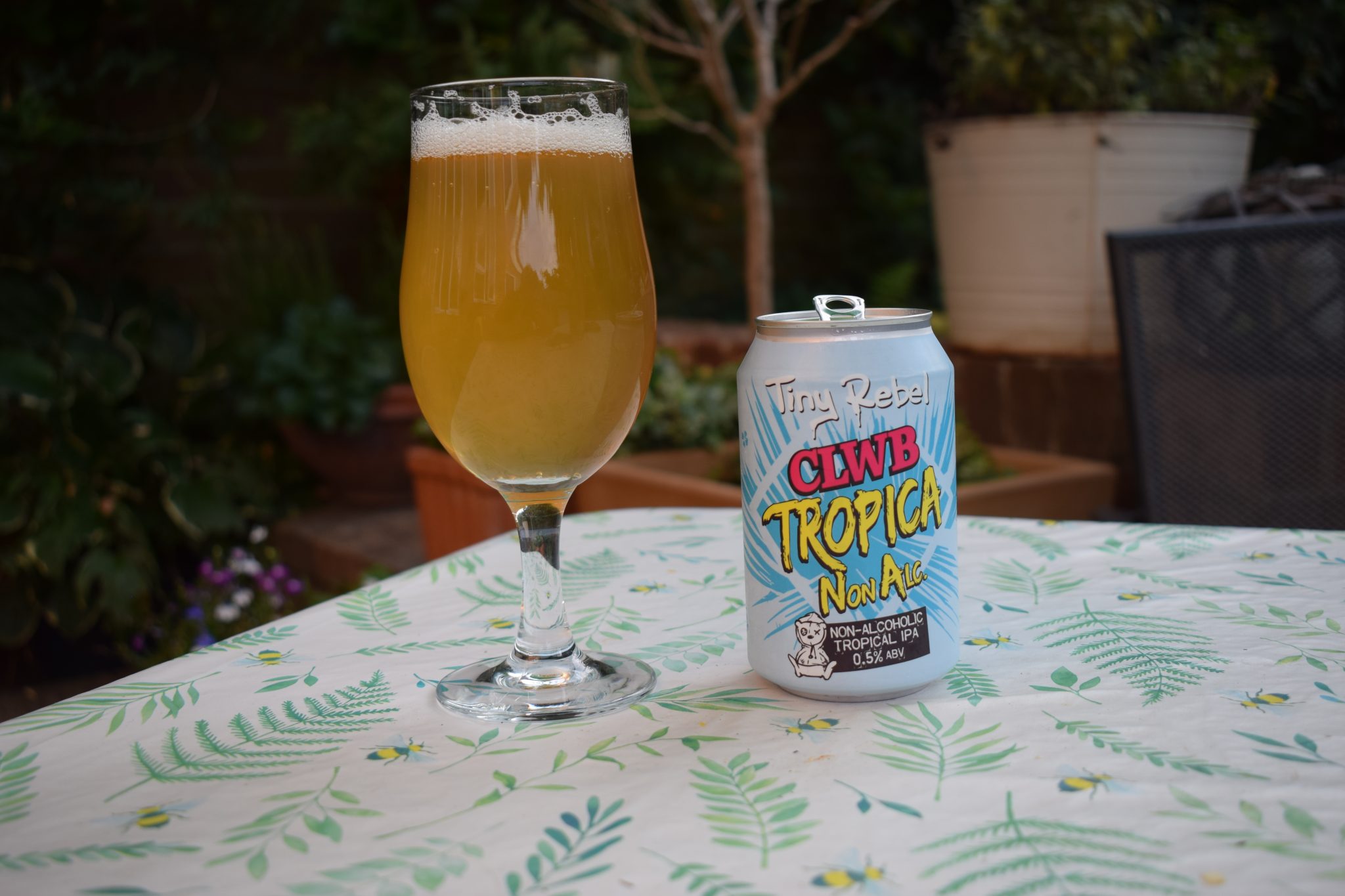