“Stunt Double” is an ultra-low-alc India pale ale from dutch brewer Kompaan. Get tasting notes, plus info on carbs, sugar, calories and stockists, in this review.

For a country with a population of just 17 million, the Netherlands is a perennial overachiever on the world stage.

This is especially the case with its beer exports, sending almost £2 billion worth of beer overseas in 2020 – the highest in the EU.

Much of this success is down to Netherlands-based big beer companies like Heineken, Grolsch, Amstel and Bavaria. But the smaller craft breweries that have sprung up across the country in recent years are also contributing to the Netherlands’ success abroad.

The Kompaan brewery is one of these. Launched by two childhood friends in 2012, the brewery is based in The Hague and produces more than a dozen new beers a year to sit alongside its core range.

The core range covers a spectrum of ABV (alcohol by volume), from a 9.1% imperial stout to this ultra-low-alcohol 0.5% IPA called “Stunt Double”. Kompaan has also previously released a non-alcoholic American ale, “Badgast Ripped“.

Unlike its previous non-alcoholic beer, Stunt Double doesn’t include lactose. But the label doesn’t say whether it’s suitable for vegans.

The grains are barley malt, rye and wheat; the hops the Mosaic variety, known for its berry aromas.

Stunt Double has a fair amount of calories and carbs.

Of the carbs, 3.2g per 100ml is made up of sugar – that’s more than 10g a bottle and a third of the NHS’s recommended daily sugar intake.

Stunt Double pours a shady rust colour. It’s cloudy and has an off-white head, which leaves a ring and some islands of foam in the glass.

The berries promised by the Mosaic hops make an appearance in the aroma, but it’s a digestive biscuit flavour from the malts that’s initially most prominent.

The other aromas are roasted orange, sherbet and sweet grapefruit along with a little liquorice and chocolate. It’s busy and unbalanced and hard to decide which aroma to focus on.

The carbonation is light touch, leading to a beer that’s a handful of burst bubbles from lifeless. The body, aided by the cloudy appearance, is full. The haze contributes to a creamy mouthfeel.

Fruit comes to the fore in the taste with more orange and some lemon. A foundation of pale malts also offers more of the cocoa from the aroma, with a finish that’s bitter and a little smokey.

The bitterness also carries through each sip, but quickly eases and balances nicely with the sweeter flavours.

More pale malts are present in the aftertaste.

Despite a busy aroma and low carbonation, Stunt Double does a decent job as an NA beer.

If you enjoy varied flavours and a good kick of bitterness, you’ll like this beer. 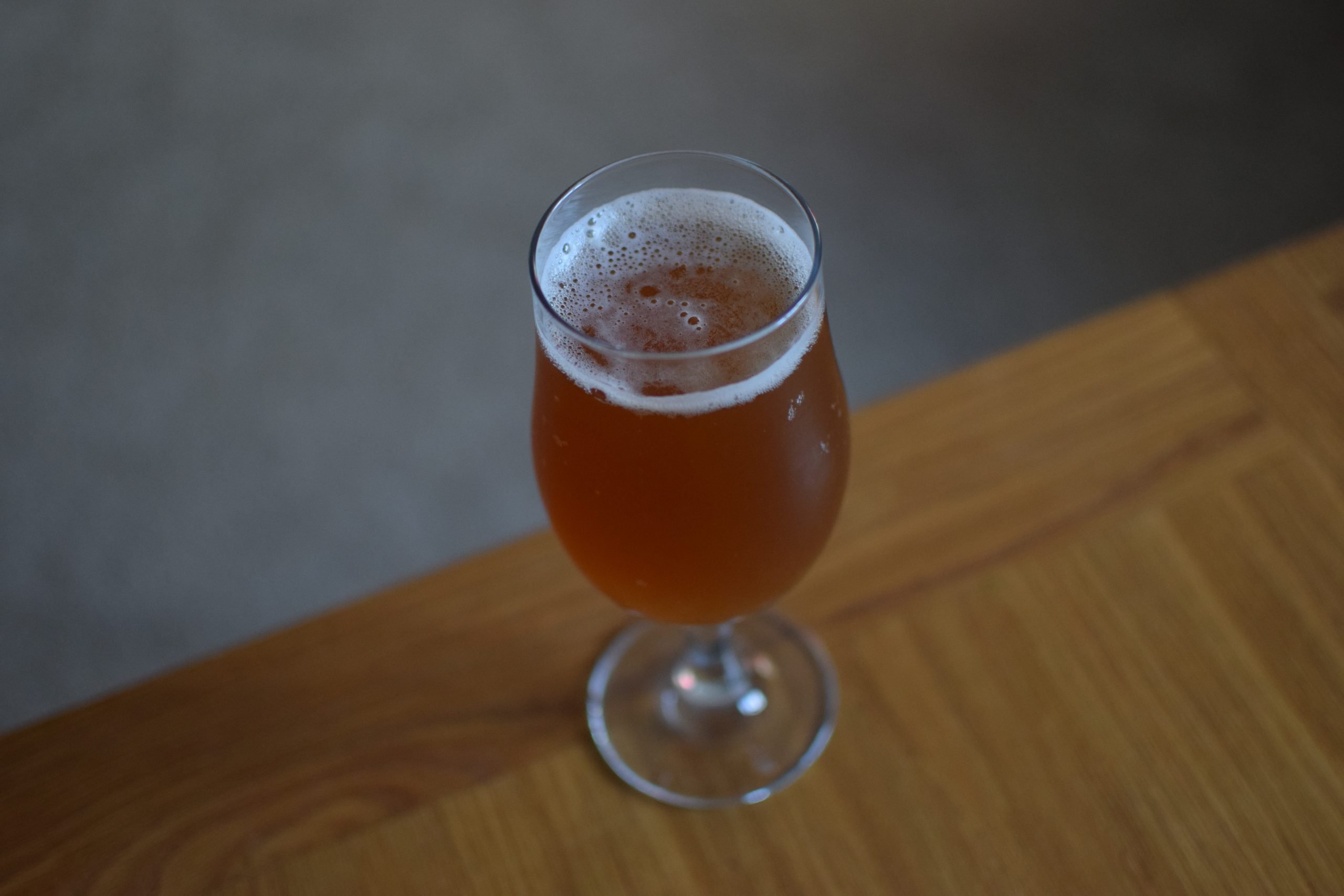