“Session Ale” is a 0.5% pale ale beer from Sainsbury’s. In this review, get tasting notes and info on ingredients, calories, carbs, sugar and stockists.

In general, UK supermarkets have been slow to cotton on to the growing popularity of low and no alcohol beer.

Now, many are stocking at least a handful of beers under 0.5%. Some supermarket chains are doing even better, showcasing a varied selection of styles and brands that would have rivalled their standard beer offering pre the craft beer boom.

The situation varies from store to store, but Sainsbury’s has gotten pretty serious about its non-alcoholic beer selection. Not only does it stock bigger brands such as Beck’s Blue, Erdinger, Heineken 0.0, Stella Artois, Peroni and Brewdog but it also sells beers from smaller breweries like Adnam’s and specialist NA brewers Big Drop, Infinite Session and Lucky Saint.

Sainsbury’s was also one of the first supermarkets to produce an own-brand NA beer. Brewed in partnership with the Staropramen brewery, its 0.5% “Low Alcohol Czech” has now been replaced with a 0% pilsner.

That’s now been joined by this 0.5% “Session Ale”, which is bottled – therefore likely produced – in France.

France isn’t usually a go-to destination for brands wishing to outsource their ale production. And the ingredients show that this isn’t a traditional operation.

Alongside barley malt, hops and water, it also includes malt and hop extracts and citric acid.

Still, I’ve seen a lot of worse on a non-alcoholic beer ingredient list.

The ingredients and packaging are suitable for vegans. But it’s not gluten reduced or gluten free.

There are 4.6g of carbohydrates per 100ml, of which 2.9g are sugar. These are quite high levels, even for an NA beer.

The aroma brings to mind that of a European pale lager rather than a pale ale. It’s simple, with hops providing grassy, peppery aromas and the malt providing a touch of sweetcorn. I also detected a smidgen of butterscotch (diacetyl).

The body is low to medium, aided by a syrupy mouthfeel. The carbonation is tight but gentle.

Sweetcorn and brown bread from the malts lead the flavours in the taste. There’s also a little honey.

There are no fruity esters and no caramel flavours, leaving the taste a bit too plain for the style.

The bitter finish is synthetic and overpowering.

Session Ale is a bit too basic for the style. The flavours aren’t terrible, it’s just that there isn’t much going on.

There are also some characteristics you could consider extreme – the bitterness and syrupy mouthfeel instantly spring to mind.

Top marks for adding another NA beer to your shelves Sainers – but I’ll be continuing to buy Lucky Saint and Infinite Session when I swing by. 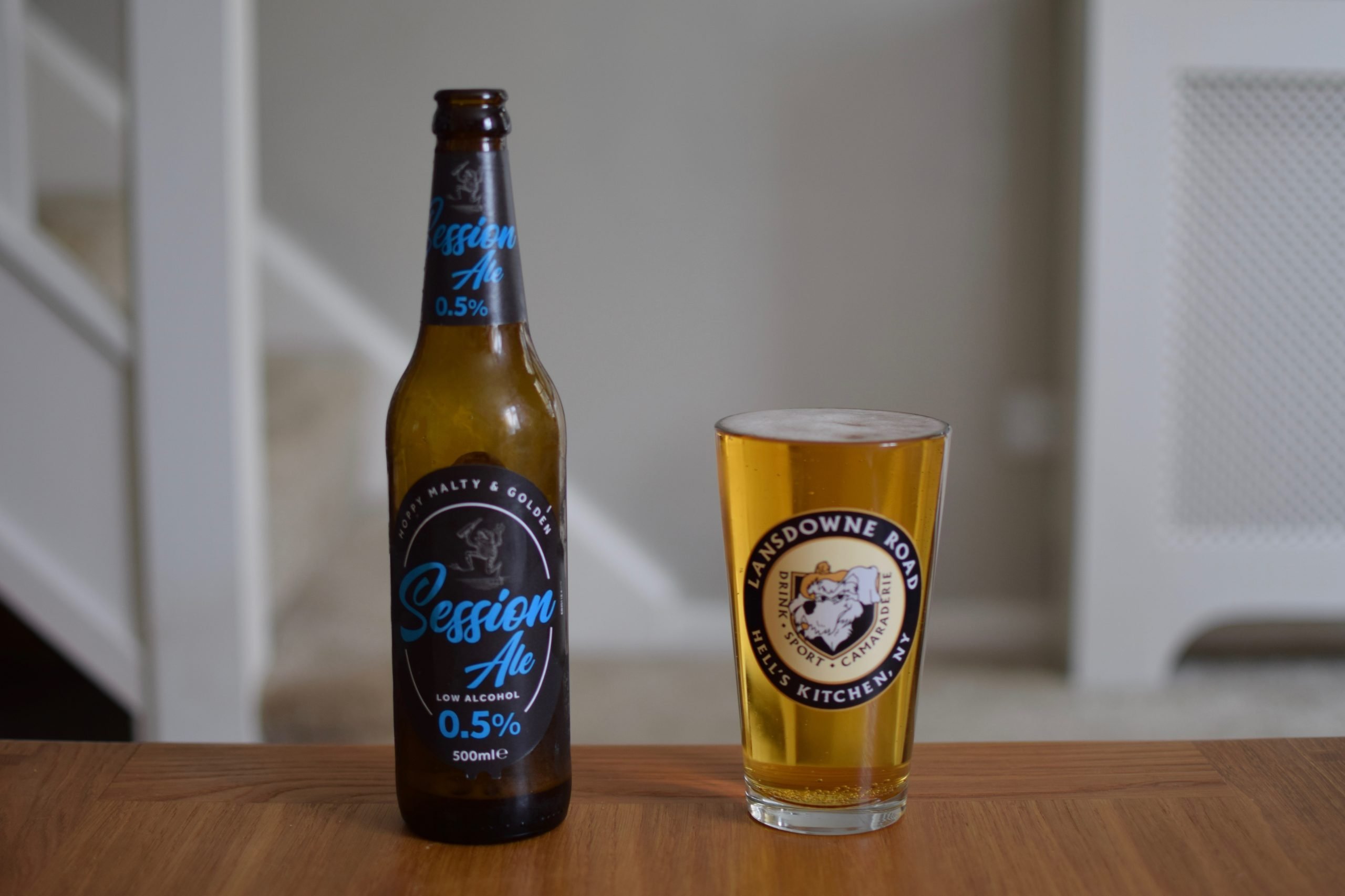