“Badgast Ripped” is a low-alcohol (0.5%) American ale from the Netherlands’ Kompaan brewery. In this review, get tasting notes plus info on stockists, calories an ingredients.

Until recently, pale lager was the style that most people thought of when it came to beer in the Netherlands.

Odd, when you consider it shares a border with Belgium, a country famous for its variety of amazing beers and styles of beer.

The big pale lager producers in the Netherlands – including Heineken, the world’s second largest brewing co – still have a significant share of beer production in the country. But, like most countries, smaller craft brewers have popped up, bringing with them a more diverse range of beer styles.

One of these craft breweries in Kompaan, based in The Hague. Loosely meaning “Companion” in English, the brewery names reflects its background, having been set up childhood friends, Jeroen van Ditmarsch and Jasper Langbroek in 2012.

Starting as a cuckoo brewery using other breweries’ facilities, Jeroen and Jasper set up Kompaan as a brewery proper in 2014, moving to bigger premises quickly in 2015. They soon added a tap room on the brewery site.

Kompaan does include a hoppy lager as part of its core range. Its other core beers include an imperial stout with port, a double IPA and a weizen. And then there’s dozens of seasonal and special beers, with more added all the time – the brewery says it brews more than 10 new beers a year.

With so many styles of beer on offer at Kompaan, it’s no surprise that Kompaan produces a non-alcoholic beer.

Along with water, the ingredients are malted barley, wheat, hops and yeast.

It also includes also lactose (milk sugar), so this beer isn’t suitable for a vegan diet.

The calorie, carb and sugar content in this beer isn’t off the scale.

The appearance has the characteristic copper hue of an American red ale. It’s clear with quite a few hop particles visible.

There’s a ring of lacing after the initial foam subsides.

The aroma is varied with coffee, toffee, poached orange, lychee and a dash of honey. There’s a slight pilsner-style hoppiness too, with a touch of dried herb – maybe coriander seed – thrown in.

The body is poor, despite those floaters, which you don’t notice in your mouth. There’s decent carbonation, which isn’t too harsh.

Caramel maltiness dominates the flavour too. The malts also add a pinch of smokiness, which manages to compliment the lighter, fruiter flavours of lychee and poached orange.

Those flavours make this beer sweet initially, with a black tea-like bitterness that grows as you drink it. I found that the bitterness overwhelmed the sweet flavours by the end of the bottle.

This beer didn’t get quite hit the spot for due to the light body and unbalanced flavours.

But it’s still a better option that most alternative soft drinks. It’s worth a go to experience that varied aroma, too. 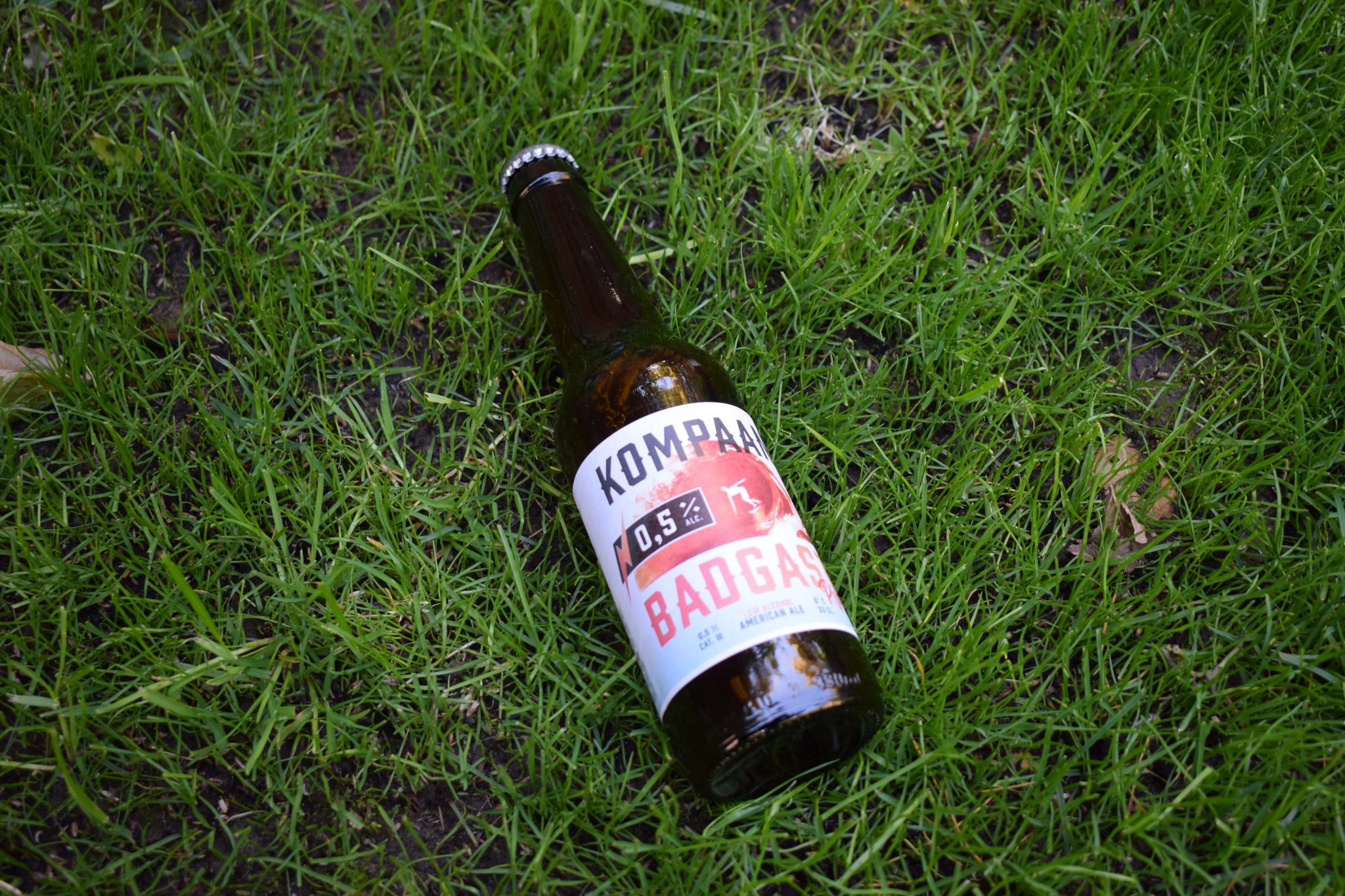