“Flying Colours” is a low alcohol, lime-infused and gluten-free pale ale from Scottish brewery Jump Ship. Get tasting notes and info on stockists, calories, carbs and sugar, in this review.

With recent advances in brewing tech and the trend for people drinking less alcohol, it’s an exciting time for the no-alcohol beer industry.

One effect of this excitement is producers rushing to get their newest non-alcoholic beer to market, sometimes at the expense of quality.

And it’s not just the smaller producers that are guilty of this – in autumn last year, global brand Guinness recalled its new “0.0” non-alcoholic stout due to cans possibly being contaminated with mould.

Scotland’s Jump Ship certainly can’t be accused of rushing new beers to the market – and that’s the way it should be with a product as unstable (yes, unstable) – as non-alcoholic beer.

After all, it takes a lot of effort to make no-alcohol beer drinkable, never mind outstanding.

Jump Ship – which only brews beer under 0.5% ABV and donates 10% of its profits to charity – was founded by sailor and beer lover Sonja Mitchell in 2019.

As well as barley, wheat, hops and yeast, this beer contains maltodextrin and a squeeze of lime.

The hop varieties are Amarillo and El Dorado, both known for their fruit – often tropical fruit – flavours.

Flying Colours has 17 calories per 100ml.

Flying Colours pours a dark-and-delicious-looking tawny colour. A produces caramel foam, which quickly reduces to a slender head once it settles. Rising bubbles quickly die down.

The aroma combines fruit, malt and a bit of herb. A smokey base of roasted malt supports fig, raisin, baked orange with a sprinkle of fresh tobacco and dried sage. Grapefruit aromas from the hops skulk in the background.

There’s no sign of the lime juice in the aroma.

The mouthfeel is dry, offering a light to medium body that takes the edge off some prickly carbonation.

Flying Colours’ flavour is simple and effective. As with the aroma, the roasted malt provides the foundation, this time adding cocoa and treacle into the mix with caramel. This drifts into a juicier mix of flavours, with the lime and hops mingling to lead to a balanced, sweeter finish.

There’s only a slight bitterness at first, which feels like it comes from the lime rather than the hops. The bitterness grows with each sip, but it never overwhelms the other flavours.

After the success of its first non-alcoholic beer, Jump Ship didn’t rush Flying Colours to market – and it shows.

Featuring a reassuring mix of malt and fruit flavours, it’s akin to a classic British ale.

A lovely beer. And ultra-low in sugar too. 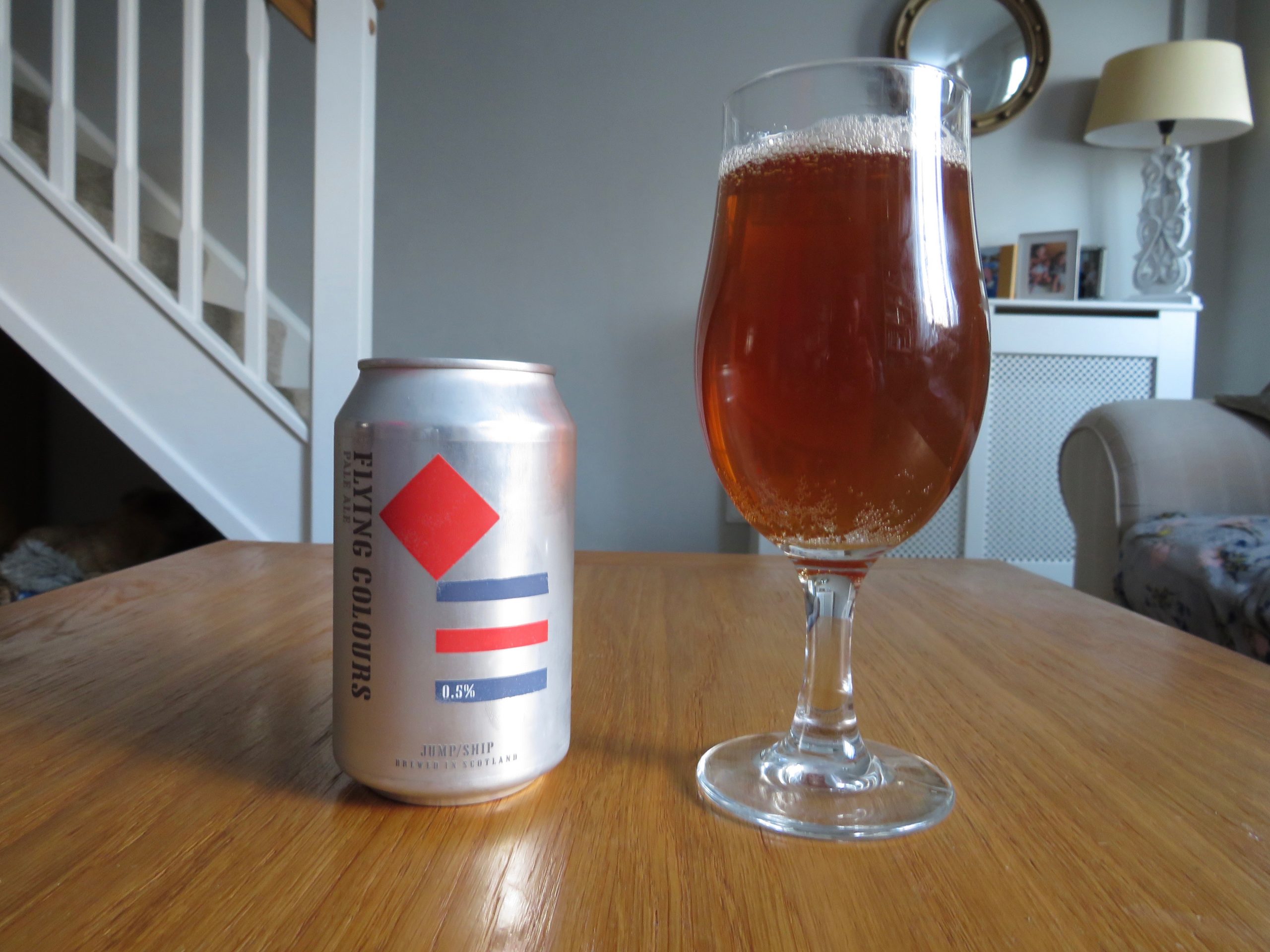