“Beer Geek Flat White” is a coffee-infused oatmeal stout. Get tasting notes, plus info on stockists, calories, carbs and sugar in this short review.

And with so much focus on those aromatic hops used in many modern beer styles, it’s easy to forget the influence yeast has on the finished product.

Not only does it produce alcohol and carbon dioxide as it eats away at the sugars during fermentation, but it gives the beer flavour too.

A key characteristic of Mikkellensis is a passionfruit/grapefruit aroma and flavour. This is obvious in all of Mikkeller’s non-alcoholic beers, even its darker NA beer, “Drink’in the Snow“, which mixes fruity flavours with roasted malt.

This aroma and flavour is also a feature in other brands’ non-alcoholic beers produced at De Proefbrouwerij, the brewery where Mikkeller produces its non-alcoholic brews.

This style is known for its roasted grain and coffee notes rather than its fruity esters. So I was keen to see if the brewery had used a different yeast, or disguised its favours, in this one.

Alongside the yeast and hops, there’s also coffee in the ingredients.

The calorie, carb and sugar count is pretty high.

Beer Geek Flat White pours like a strong, black coffee although it has a tinge of merlot when held to the light.

It looks great in the glass, especially when the foam settles down to leave a delicious-looking caramel head.

The smell of freshly brewed filter coffee dominates the aroma at first. This is soon joined by smokey, roasted malts then some fruits – plum and lemon.

The fruit aromas grow as you work your way through it with the lemon eventually eclipsing the coffee as the main trait.

The body looks thick but it was thinner than I expected. There’s also little of the creaminess I’d expect in an oatmeal stout.

The carbonation is low – the bubbles are gentle, but it’s far from lifeless. And the mouthfeel and finish are dry.

If the fruity characteristics of the Mikkellensis were threatening in the aroma, they’re confirmed in the taste.

Bitter coffee and cocoa nibs fight against the fruity esters resulting in a plummy, dried fruit flavour that even conjures up flavours of raspberry too.

Despite the roasted malts, the finish is fruity and clean with the bitterness fading on each sip. In its place comes a slightly sour note.

Beer Geek Flat White is a pleasant drink, but you might be disappointed if you’re expecting a classic oatmeal stout due the confused state of the flavours.

In fact, with the mix of coffee, malt, cocoa and fruit flavours in this beer, I wouldn’t have raised an eyebrow if it was described as raspberry brownie-flavoured beer. 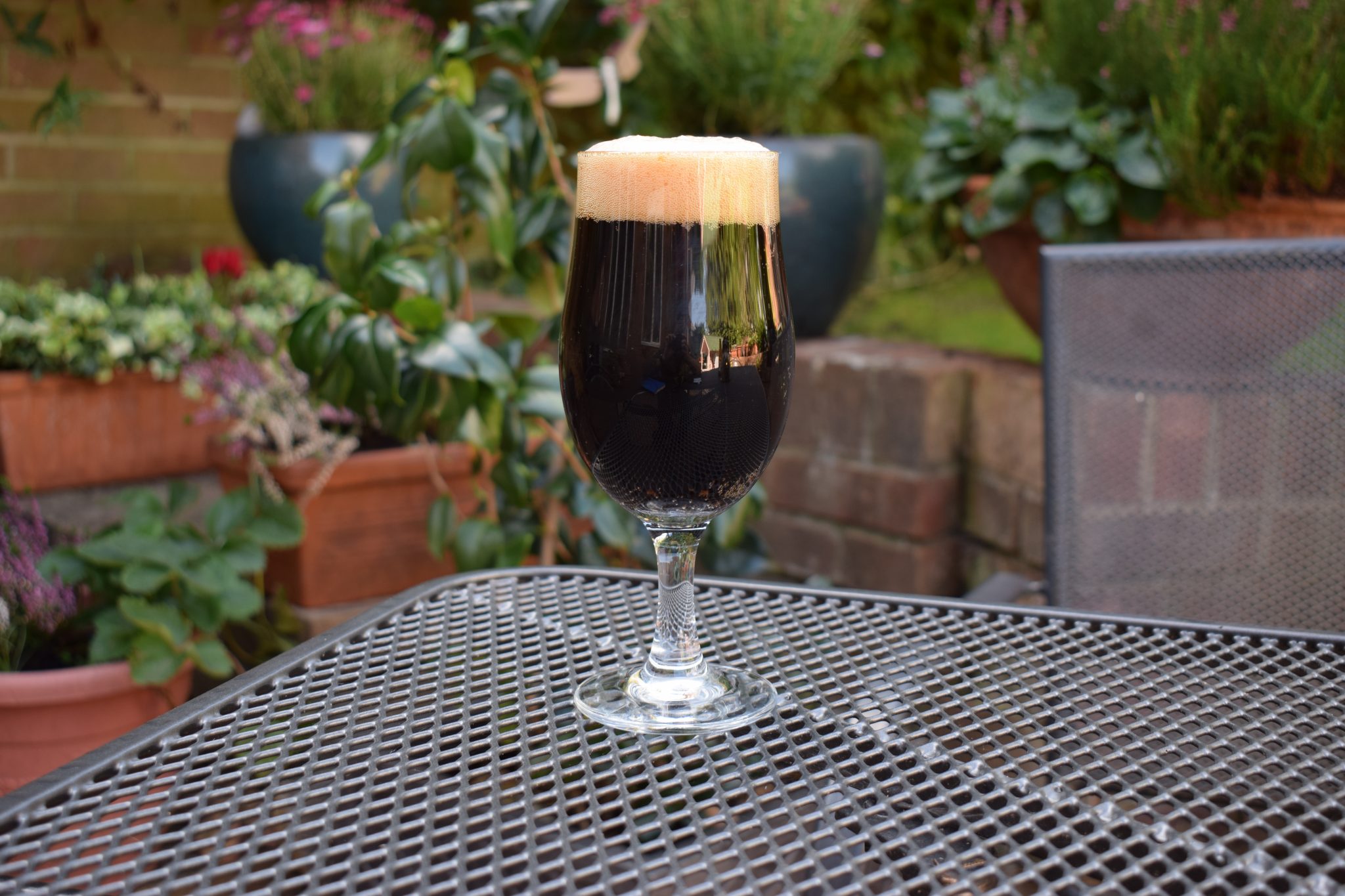