“Smashed Pale” is 0% American-style pale ale from Drynks Unlimited. Get tasting notes and info on stockists. calories, carbs and ingredients in this review.

Many would say that non-alcoholic beer isn’t very rock and roll.

Yet, non-alcoholic beer does have connections with the rock industry, even if it doesn’t usually lead to some typical rock and roll behaviours.

This beer is named after one of the band’s hits and created with lead singer Randy Blythe to complement his alcohol-free lifestyle.

Ghost Walker is difficult to get hold of outside of the US, and non-alcoholic beer’s links with rock and roll are a bit more tenuous in the UK scene.

Here, the association lies with a 150-odd-year-old brewery located in Stockport, Greater Manchester. Not only is the Robinsons Brewery where non-alcoholic brand Drynks Unlimited produces its beers, but it’s also the home of heavy metal band Iron Maiden’s “Trooper” beer.

And the only main difference in the production process of these two types of beer is the alcohol removal in Drynks’ beers.

The brewery does this by taking a full-strength brew and using a vacuum system that boils off the booze at a lower temperature than the usual boiling point of alcohol, protecting the aromas and flavours.

Drynks’ latest beer is “Smashed Pale”, which joins “Smashed Citrus” and “Smashed Lager” in its beer line up.

Thanks to its manufacturing process, Smashed Pale comes in at 0.05%. The main difference with Smashed Citrus is it doesn’t contain citric acid or quillaia extract.

The other ingredients are barley, wheat, sugar, natural flavourings and hop extract. The hop flavour is provided by an American-style hops, which the brewery says provides a passionfruit aroma.

Smashed Pale is suitable for vegans.

There are 16 calories per 100ml in Smashed Pale.

It’s high in sugar, even for a non-alcoholic beer – there’s 3.7g of sugar per 100ml, which makes up all of the of carbohydrate content in this beer.

Smashed Pale pours a rusty copper colour, and clear. It generates loads of foam, reducing to an off-white head that leads to satisfying lacing as you drink.

The aroma is malt-forward, with sweet toffee and caramel followed by some floral hop and a touch of lemon and grapefruit.

I didn’t detect any passionfruit flavours in the aroma.

The mouthfeel and body is superb.

There’s a smooth gentle carbonation with small bubbles. The body is medium without being too heavy, leading to a creamy and soft mouthfeel.

The flavour is simple with high initial bitterness and little of that toffee and caramel from the aroma.

There are some fruity esters, providing some grapefruity flavours and a touch of honey (if you can put that in the fruity category).

The finish is medium dry.

Smashed Pale is not a bad beer, but it’s not a patch on the brewery’s “Smashed Lager“.

I was expecting more tropical aromas and flavours though. Still, it’s an easy drinker and should appeal to those who prefer a classic British pale ale despite its billing as an American-inspired beer. 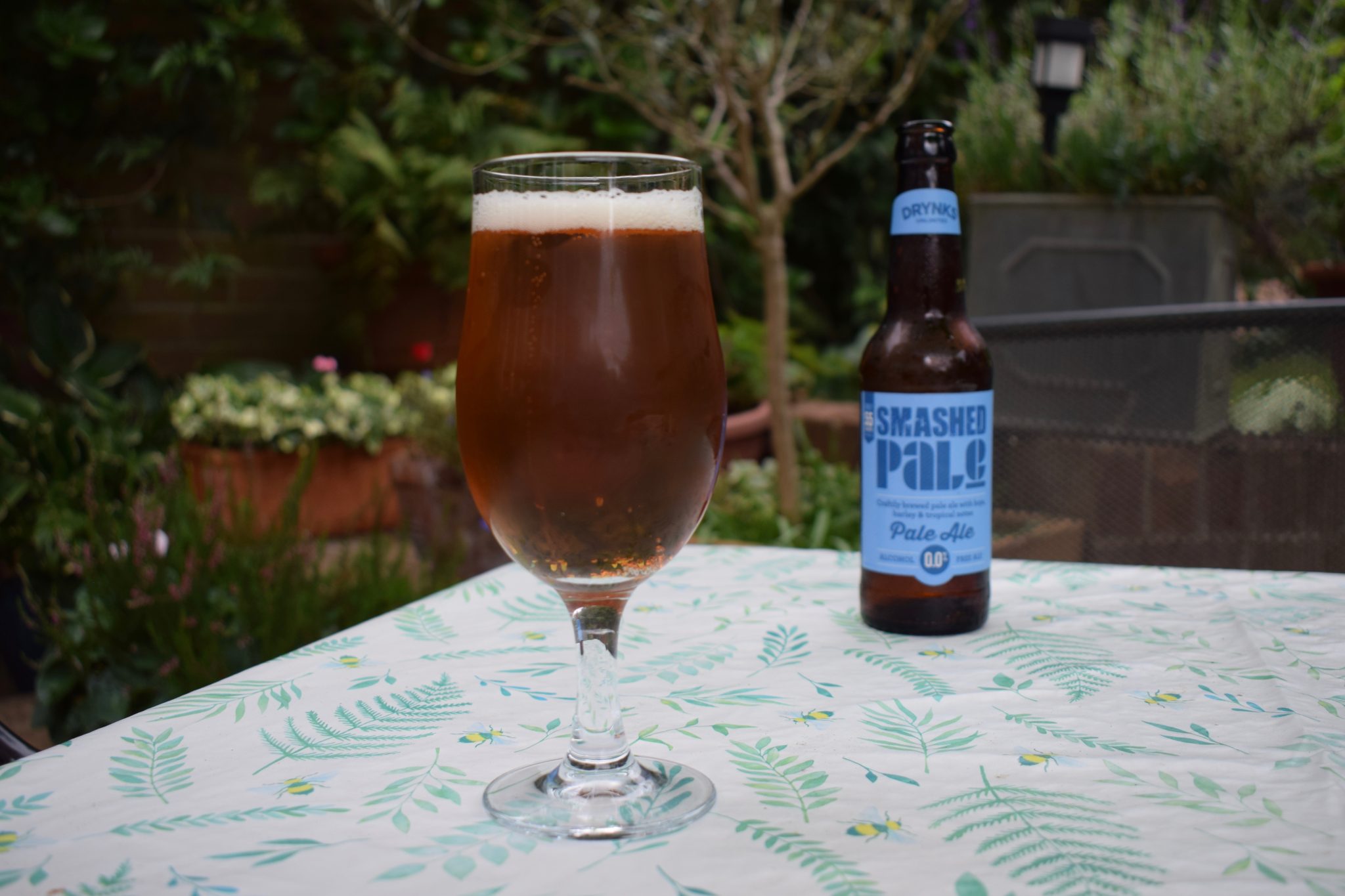