“Snorkeler’s Sea Salt IPA” is an ultra-low-alcohol (0.5%) India pale ale from German brewery Insel. Get tasting notes and info on ingredients, calories, carbs, sugar and stockists in this review.

To the typical drinker, using salt in brewing sounds like a daft concept. But it’s not unheard of.

In the strictest definition of the word, most brewers add salts to the water they use for brewing, to mimic the water in the region where the beer they’re brewing originated.

But what about the type of salt we use to season our food, sodium chloride?

Gose is one style that requires brewers to add sodium chloride, which many believe is to mimic the saline water in the area of Germany where it originated.

Some drinkers – although I’m yet to meet any – also like to add salt to their beers for reasons such as reducing bitterness, enhancing a neutral taste and livening up poor carbonation.

“Insel” means “Island” and the brewery is named as such because its located on Germany’s largest island, Rügen.

The brewery was founded in 2014 and brews various full-strength beers alongside a modest non-alcoholic range. It’s known for its distinct paper-covered bottles.

The ingredients in Snorkeler’s Sea Salt IPA are all natural. The grains are malted barley and malted wheat, while the brewery insists on using whole hop leaves rather than pellets for its beers.

It’s not clear how much sea salt has gone into this beer, but I’d wager it’s minimal as the amount listed for the finished product is just 0.07g per 100ml.

It’s also likely the brewer has added the salt for some of the other characteristics that sea salt can provide other refined sodium chloride.

The brewery says nothing is filtered out of this beer, so it’s probably brewed to be naturally low in alcohol rather than having the alcohol removed.

All Insel beers are bottle conditioned.

Snorkeler’s Sea Salt IPA pours an aged rust colour, with a large head that quickly calms to a thin layer of beige bubbles.

It’s slightly hazy, with a few flakes of sediment that sink to the bottom of the glass quickly.

The aroma begins with perfumed floral and lychee notes, which is soon joined by a grapefruit aroma similar to other beers that use a low-alcohol yeast like most Mikkeller beers and Guinness’s “Pure Brew“.

The bubbles in the carbonation are small and would be aggressive if not countered by a soft, full-bodied mouthfeel.

Hop bitterness rules the taste, with strong bitterness at the start and end of each sip. This is backed by a grassy, wheaty malt backbone that grows the more you sip.

Some hop and yeast fruitiness is in there, but the bitterness quickly cuts through it.

The result is a simple and one-dimensional flavour, but it’s effective.

Insel have created a classic-style IPA, that mixes a fruity aroma with a malty taste.

It might be a bit too bitter for some, but for many it’s a handy beer that have chilling in the fridge. 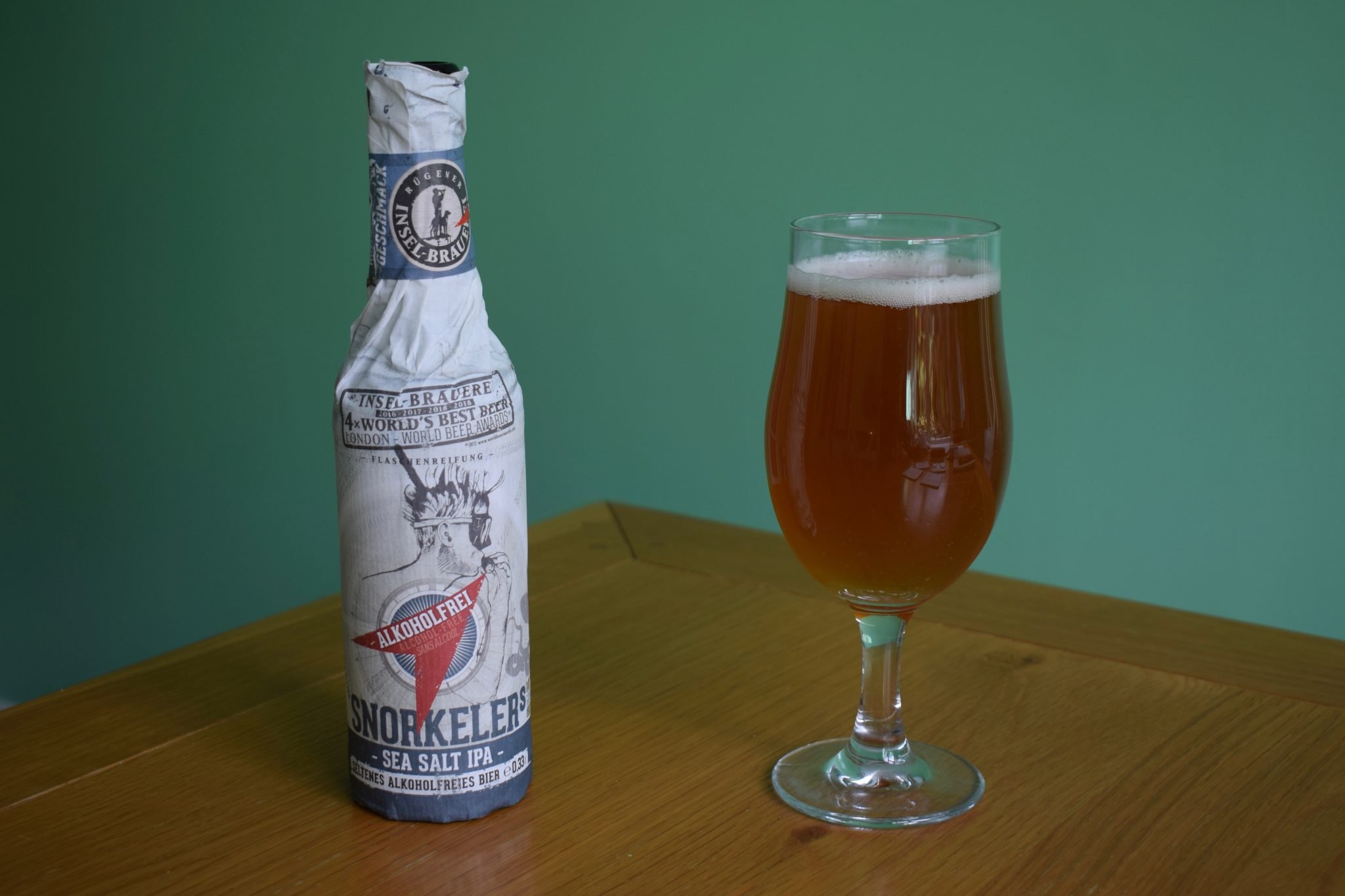