Mikkeller “Limbo Yuzu” is a low-alcohol fruit beer, brewed in Belgium. Get tasting notes in this review. Plus find out the ingredients, calories, sugar and carb info.

With its numerous health benefits, non-alcoholic beer is probably the healthiest drink you can get in the pub – minus tap water of course.

Yet, like most types of food and drinks, not all NA beers are created equal. And, while a non-alcoholic beer will always be a healthier choice than an equivalent beer that contains alcohol, they contain varying amounts of calories and sugar.

The result is that drinking copious amounts of some non-alcoholic beers could do more harm than good.

Fortunately, it’s easy to know how many calories and much sugar is in your favourite NA beers. An odd quirk in labelling laws in most regions means that producers of drinks over a certain threshold – usually 1.2% ABV – aren’t compelled the put nutritional info on the label. On the other hand, producers of rinks under this threshold must.

Hence why you’ll see information about calories, carbs, sugar and more on the label.

The amount of sugar in most NA beers is negligible, and a few have only trace amounts. Yet there are a few where the amount of sugar they contain means you’ll be well on your way to consuming what many health experts say is a recommended daily amount (the NHS in the UK recommends you don’t consume more than 30g of “free” sugar a day).

This doesn’t mean we should deny ourselves the treat of a sugar-laden non-alcoholic beer now and again. To do so would mean missing out on some great beers – including the fruit beers in Mikkeller’s “Limbo” series.

The first beer in this series I reviewed – “Limbo Raspberry” – packed in loads of flavour with its 16.8g sugar per bottle.

Hoes does “Limbo Yuzu, another beer in this series, fare?

Not surprisingly, Limbo Yuzu is made with yuzu juice, which is a citrus fruit popular in Asian cuisine. The yuzu/beer combination isn’t new – one of Drop Bear Beer Co’s launch beers contains this fruit.

That’s the only non-standard ingredient in this one. The others are water, barley malt, hops and Mikkeller’s special low-alcohol-producing yeast, mikkellensis.

There are slightly less carbohydrates, sugars and calories in Limbo Yuzu compared to the raspberry version. But it’s still pretty high in sugar, presumably because the sugar in the fruit isn’t fermented.

Limbo Yuzu pours a similar straw colour to many of Mikkeller’s other non-alcoholic pale ales. It has a slight haze and starts with a modest head that reduces to a fluffy halo around the glass.

The sweet, grapefruit aroma is also familiar if you’re a veteran of the brewery’s other pale ales, due to that distinctive mikkellensis yeast. The other aromas are mandarin, lemon, lychee and Parma violet petals.

Many of these additional aromas could be the yuzu, but I have to admit it’s not a fruit I’m that familiar with.

The body is light but sticky, which makes up a little for the lack of heft. The carbonation is also light, making it perfect for those who like a smoother, affable mouthfeel.

The flavour on tasting is dominated by those fruits from the aroma, with only a little wheat flavour from the pale malts.

Grapefruit and lemon are still at the forefront, with the more floral lychee flavours coming through strong too. Lemon flavours feature heavily in the aftertaste.

It’s sweet and occasionally tarty, but not sour.

This is solid non-alcoholic beer from Mikkeller, even though it’s missing many of the aromas and flavours you might associate with a classic pale ale.

A good beer for an occasional treat. The sugar in this one might disagree with your palate and your belly if you drink too many. 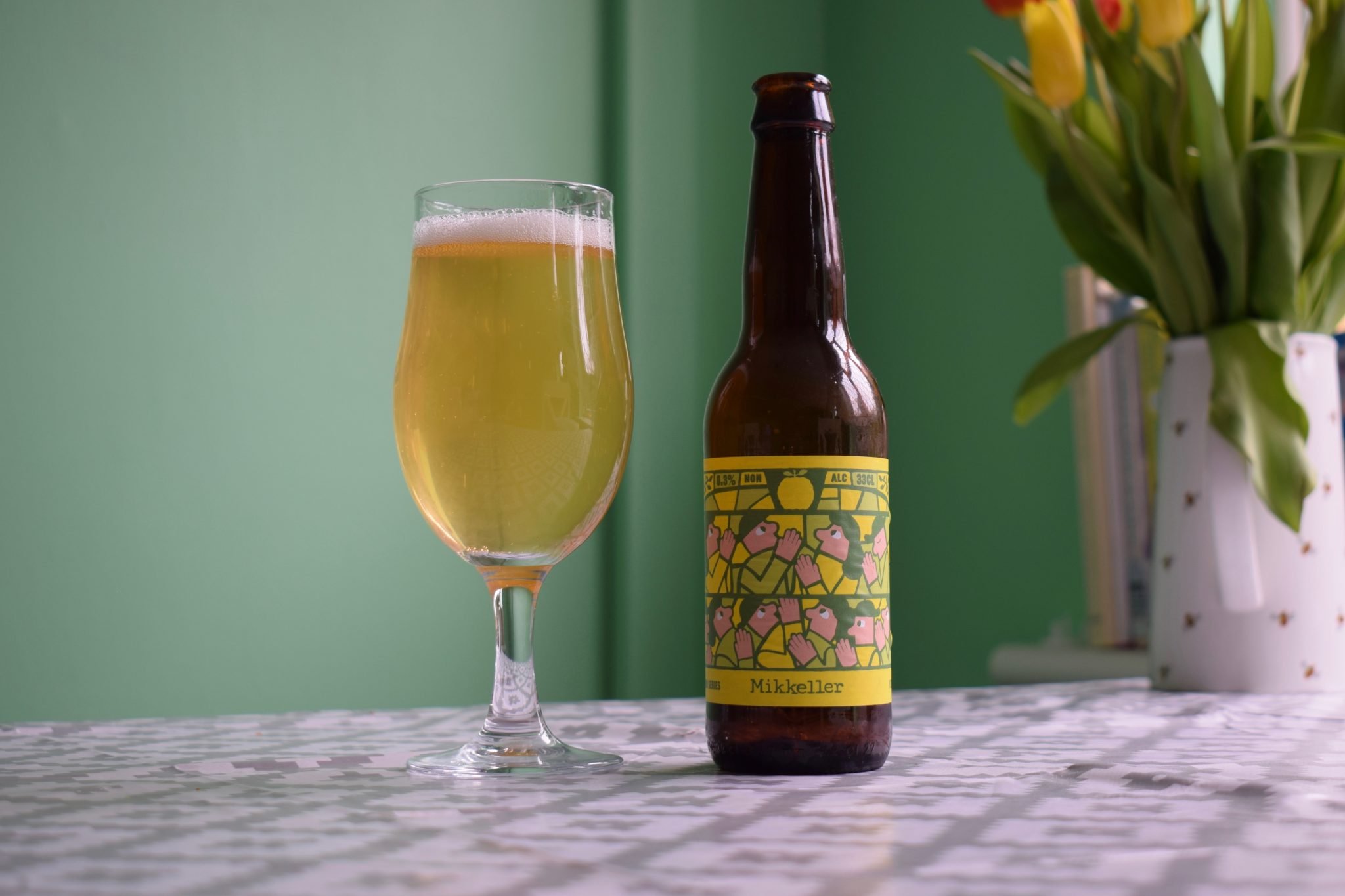