“Sole Star” is a 0.5% amber ale from Suffolk’s Adnam’s brewery. Read on to get tasting notes and info on stockists, carbs, calories, sugar and calories.

More and more of us intend to lead healthier lifestyles and cut down how much alcohol we drink. Hence, the rise in popularity of non-alcoholic beer.

Yet there’s still a lack of beers in the 1–3% ABV (alcohol by volume) range. And with so many smaller breweries entering the non-alcoholic beer market, it’s surely not down to lack of expertise in making low-ABV beers.

Maybe there just isn’t demand for it. After all, the beer that arguably kick-started the revolution in NA beer we’ve witnessed in the last few years – Brewdog’s “Nanny State” – began life as a 1.1% beer before the brewers dialled it down to 0.5%.

While Adnams takes advantage of reverse osmosis technology on its Ghost Ship beer – essentially removing the alcohol from a full-strength brew – it looks as though the brewers produce a low-alcohol beer from the off with Sole Star.

They achieve this by using low-starch malts, fermenting at a cool temperature and using less yeast.

Unusually for a naturally brewed ultra-low-alcohol beer, the brewers haven’t used any of grains like wheat, oats or rye in addition to barley malt – it’s just barley, hops, water and carbon dioxide on the ingredients list.

Sole Star pours a shady amber colour, with a modest dose of carbonation that provides a gorgeous ring of khaki foam around the rim of the glass.

This soon dies off, leaving only traces of bubbles on top.

The grapefruit aroma present in many other ultra-low-alcohol beers – think Mikkeller and Guinness “Pure Brew” – is here in this one along with sweet, toasted barley, caramel and sherbet. Plus touches of chocolate and lemon.

In all the aroma is simple, balanced, modern and dare I say, progressive.

There’s a real al feel to the light carbonation, which is coupled with a pleasantly sticky mouthfeel and a decent body.

The simple aroma sets the scene for the flavours on tasting with more of that light malt providing a foundation for plum, lemon, sherbet and more grapefruity esters. Lovely, but a tincy bit sickly after a few sips.

There’s no doubt Sole Star is an agreeable beer, with some lovely flavours, a good body and satisfying carbonation.

That said, I found the sherbet and grapefruit flavours a touch overwhelming in both the aroma and taste.

If you’re after something sweet without packing in too much sugar, this one’s worth a go. But if you want something with a bit more of a punch in the bitterness department, Adnams’ Ghost Ship 0.5 is probably a safer bet. 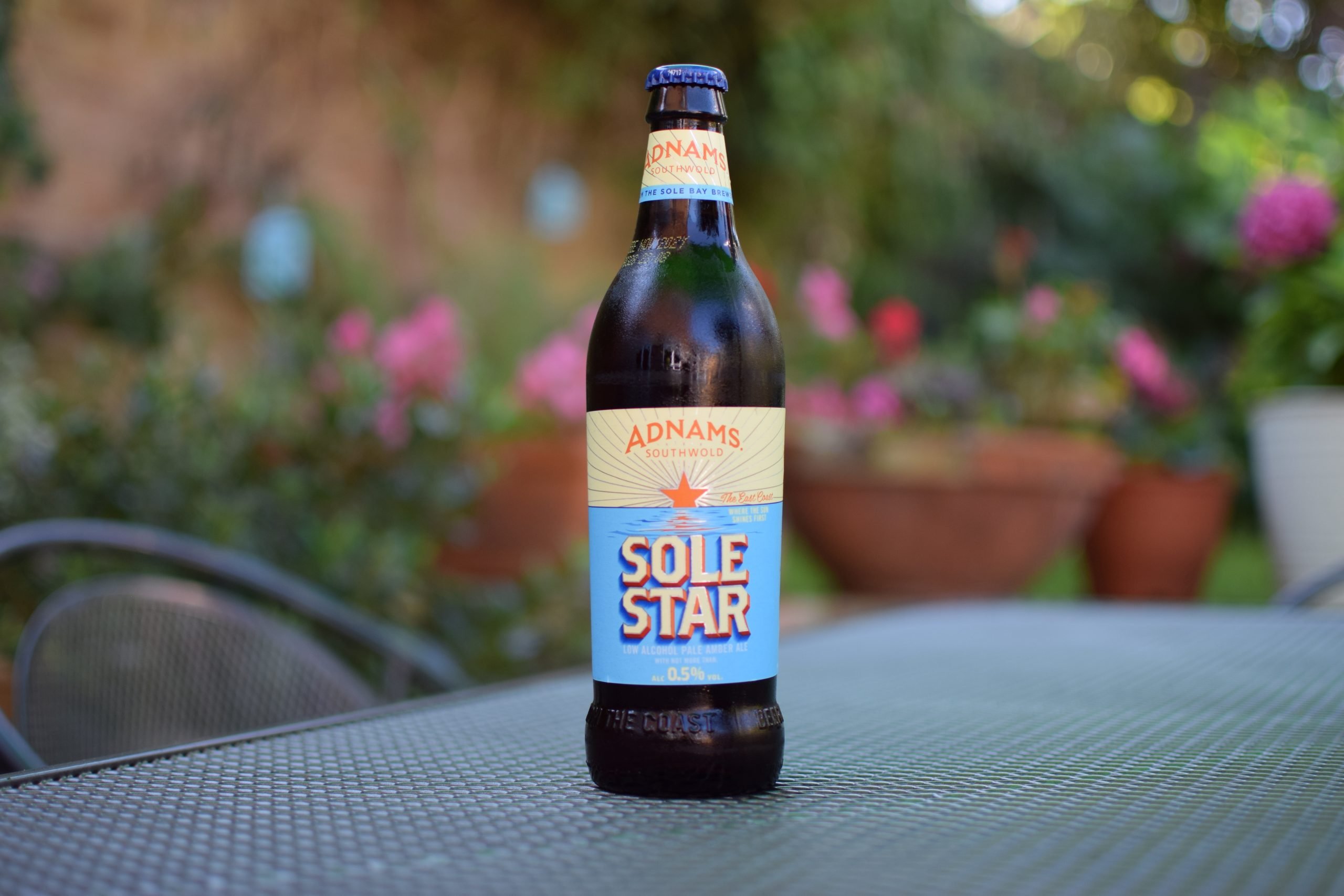