“Fun House” is a 0.5% New England India pale ale from Dutch brewer, Vandestreek. In this review, get tasting notes and info on ingredients, calories, carbs, sugar and where to buy.

A characteristic that often defines a style of beer is its alcohol level.

But this hasn’t stopped brewers producing non-alcoholic versions of beers that are supposed to be partly defined by their ABV (alcohol by volume), such as imperial stouts and Tripels.

The NEIPA, or New England India pale ale, is another beer that non-alcoholic brewers have produced despite a typical alcohol level in the 6–9% ABV range.

First emerging in the New England region of the US in the early 2010s, NEIPAs are a variation on other IPA styles such as the English IPA and West Coast IPA.

They’re usually hazy, with less bitter flavours than other IPAs. This allows fruity, “juicy” characteristics to come to the fore and is the result of adding hops late in the brewing process to draw out those fruit flavours without imparting too much bitterness.

Danish “cuckoo” brewer Mikkeller was probably the first brewery to release a non-alcoholic NEIPA with its “Weird Weather” beer.

Now Holland’s Vandestreek, which is known for its highly regarded “Playground IPA” has produced this “Fun House” (0.5%) NEIPA. It’s the brewery’s third beer under 0.5% ABV.

Starting in 2010 as home brewers, founders Sanders and Ronald first brought full-strength beers to the market under the Vandestreek name in 2013. Playground IPA – the brewery’s first NA beer – came in 2018.

Unusually for a non-alcoholic beer, Fun House only uses barley malt in the grain bill, with no additions like rye, wheat or oats.

There’s no nasty stuff either – just water, hops and yeast making up the ingredients list.

Fun House is suitable for vegans.

Fun House contains 29 calories per 100ml, which is at the higher end of the scale for NA beers.

Hazy and marigold in colour, Fun House looks like orange squash in the glass.

There’s little foam on pouring, leading to a smattering of bubbles on top when it settles.

Orange features prominently in the aroma too, with a smell more akin to orange barley water or orange soda, albeit supported by neutral malts and a little pineapple, grapefruit and pine.

The sweet grapefruit aroma grows more prominent as it warms.

As indicated by the lack of head after pouring, there’s little carbonation. It’s lifeless but not completely flat.

The medium body, assisted by the particles that make it hazy, would hold its own against a higher-ABV beer.

Fruity characteristics feature heavily in the taste too, with orange boiled sweets and lemon over simple pale malts. This is joined by subtle grass and pine flavours from the hops.

The bitterness is moderate, giving the lemon flavours a bitter edge. Overall though, it’s a little on the sweet side.

Vandestreek set a high bar with its first NA beer, Playground IPA. And this beer doesn’t get anywhere near those standards.

Still, it has some nice fruit flavours and is refreshing, especially in the heat. Worth a try if you want something less malt-forward. 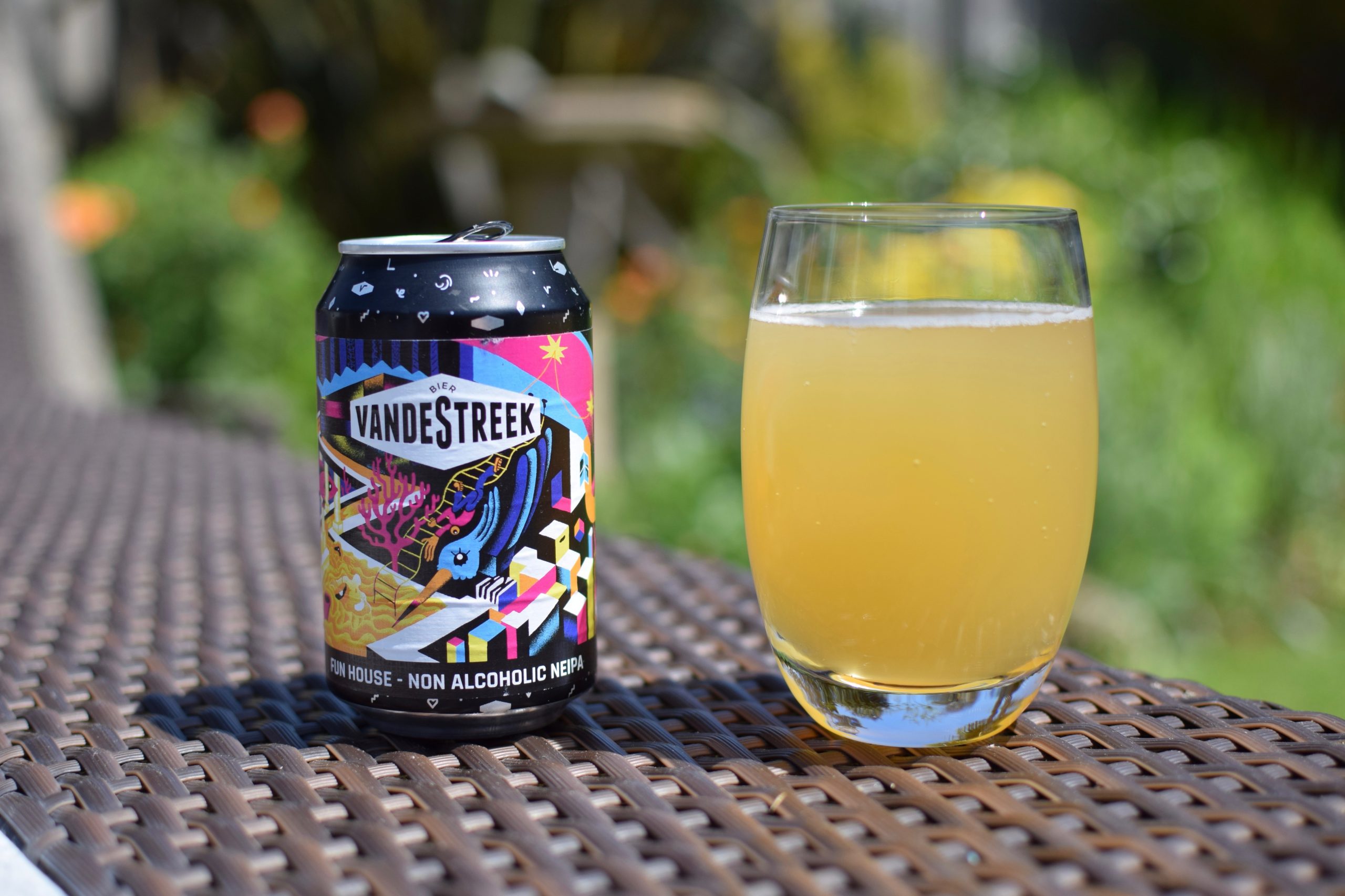