“Traditional Blond” is a 0.4% Belgian blond from the Force Majeure brewery. Get tasting notes and info on stockists, calories, carbs and ingredients in this review.

Belgium’s has a reputation for quality beer, so it’s no surprise it’s quietly becoming one of the centres of the non-alcoholic beer revolution.

Yet it’s non-Belgian brands like Mikkeller, Coast Beer Co and Beavertown that are taking advantage of the country’s innovation and know-how in the non-alcoholic space.

This is through their partnerships with De Proefbrouwerij, which invests heavily in the research and development of non-alcoholic beer and is the source of many of the country’s low and no beers.

Now though, more and more Belgian brands are selling non-alcoholic beers alongside their full-strength brews.

Specialist non-alcoholic brands are also entering the market. This includes Force Majeure, which launched with two beers – a Tripel and this traditional Belgian blond beer.

Like many in the low and no alcohol space, founder Stijn Panis was inspired to set up Force Majeure to complement a healthy lifestyle, which allowed him to drink tasty beer without the negative effects of the alcohol.

Force Majeure is currently a “gypsy” or “cuckoo” brewery, producing beers in partnership with other breweries rather than on its own equipment.

It also contains added sugar in addition to the sugar from the barley, which is common in this style of beer.

The additional sugar adds a fair bit to the total sugar in this beer, with 2.5g per 100ml out of a total of 3g of carbs.

Traditional Blond pours a brown/orange colour with a slight haze.

Large bubbles form a decent head of fluff, settling quickly to leave a thickish head as you sip.

A strong aroma of sulphur is present when you take a sniff, giving it a farmyardy character – and it’s hard to get past it.

If you do, there’s some sign of lemon and spicy hoppiness. But the sulphur ruins it.

The mouthfeel is gentle with some tight but velvety bubbles. The body is on the lighter side of medium but it’s far from watery.

Fortunately the sulphur from the aroma doesn’t come through in the flavour, with a medium bitterness cutting nicely through pale malts and a little straw, providing a good balance.

This then leads to fruity esters producing notes of caramelised orange and lemon. The hops lend a smidge of earthy pepper too.

The flavours run out of steam a touch before a very try finish.

Once you get past the overpowering sulphur aroma, Force Majeure is a pretty good brew.

The mouthfeel and body holds its own, and the flavours meld well with the bitterness.

It’s just that aroma that lets it down a touch. 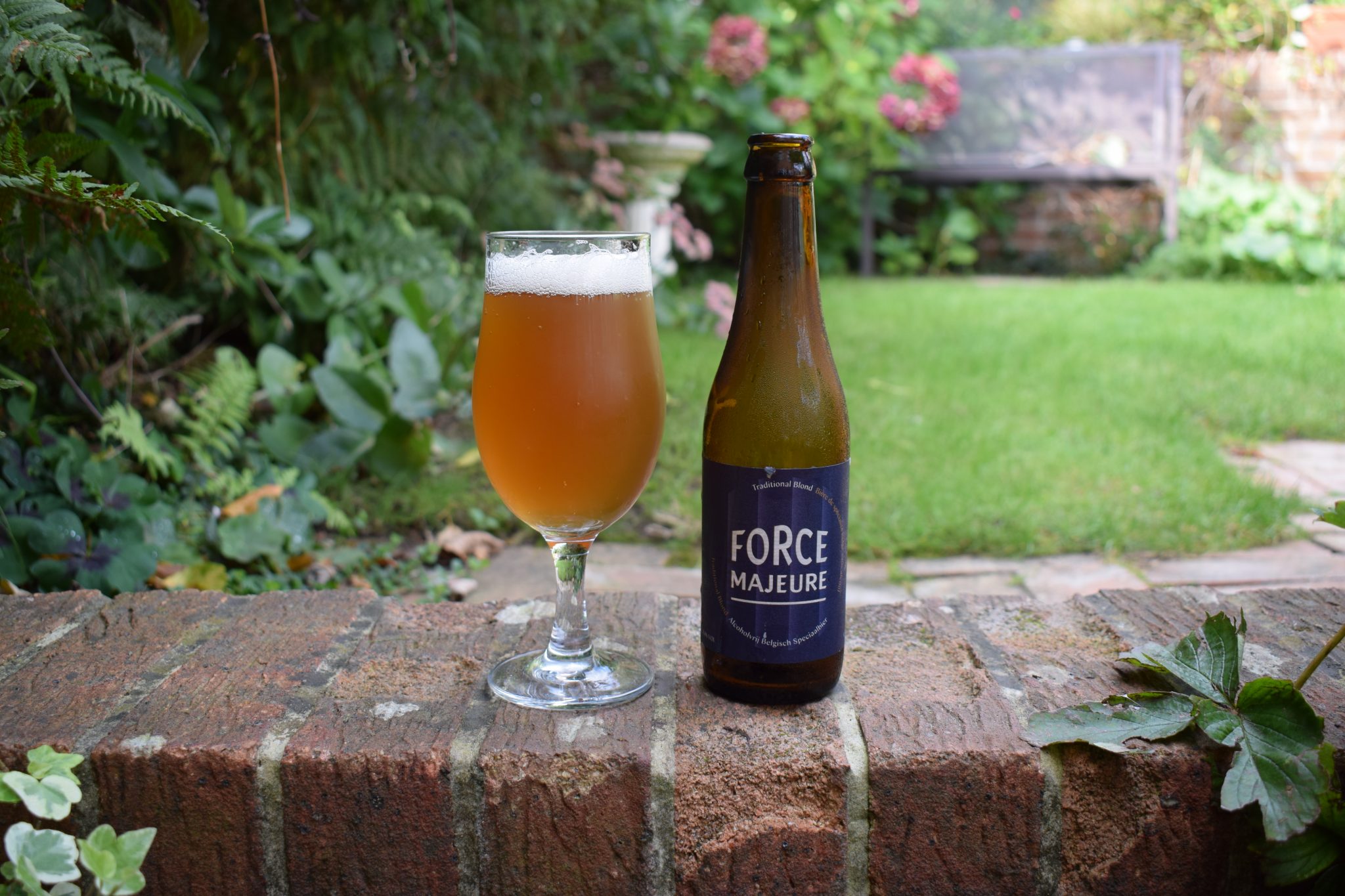