Infinite Session “Best” is the London brewery’s ultra-low-alcohol Best Bitter. Get tasting notes and info on carbs, calories, sugar and stockists in this review.

Non-alcoholic beer is now available in almost every style imaginable, from IPA and pilsner to stout, wheat beer and sour.

Yet few NA brewers have attempted that staple on the hand pumps in a typical British pub, the best bitter.

Usually with a little more alcohol than a standard pale ale or bitter, the role hops play in a best bitter is to add the bitterness that gives bitter its name without adding too much in the way of aroma and taste. Instead, it’s the malt and yeast esters that provide what is usually a low-key flavour.

Infinite Session’s latest beer is a best bitter, simply named “Best” (0.5%). Infinite Session was founded in 2018 by brothers Tom and Chris Hannaway. Disappointed with the lack of alternatives to alcoholic drinks in what was a fledgling NA beer market at the time, their aim was to create products they’d drink themselves.

The hop varieties are Fuggle and Styrian Golding – a classic combination in many English-style beers.

It also contains Flex, which is pretty much a concentrated hop oil. It’s used for its bittering qualities rather than flavour.

Best is suitable for a vegan diet but isn’t gluten free.

Best is low in calories, carbohydrates and sugar.

Best pours an opaque tawny colour. The haze is fine by me but unlike many best bitters, which are usually crystal clear and a little lighter.

There’s a fair bit of life but it calms quickly leaving no head – just a thin ring of bubbles in the glass.

Sweet roasted barley and milk chocolate provide the base of the aroma, which also includes some blackcurrant, green tea and mint, likely derived from the hops.

There’s a smooth, smokey character to the malts in aroma too.

Gentle carbonation provides a smooth mouthfeel that would be reminiscent of a cask ale if it wasn’t for a light body adds a thinner-than-expected character.

The blackcurrant in the aroma in the aroma leads the flavours on tasting, with only a smidge of roasted barley and chocolate making an appearance here.

Other hop flavours are absent, and the flavours that do exist run out of steam.

The bitterness is low.

Although my search for a great non-alcoholic bitter continues, Infinite Session’s Best isn’t all bad.

There’s some nice, balanced aromas and flavours in there. But like other pretenders to the NA bitter crown, what’s there just needs a bit more welly – a fuller mouthfeel and more bitterness would go down a treat. 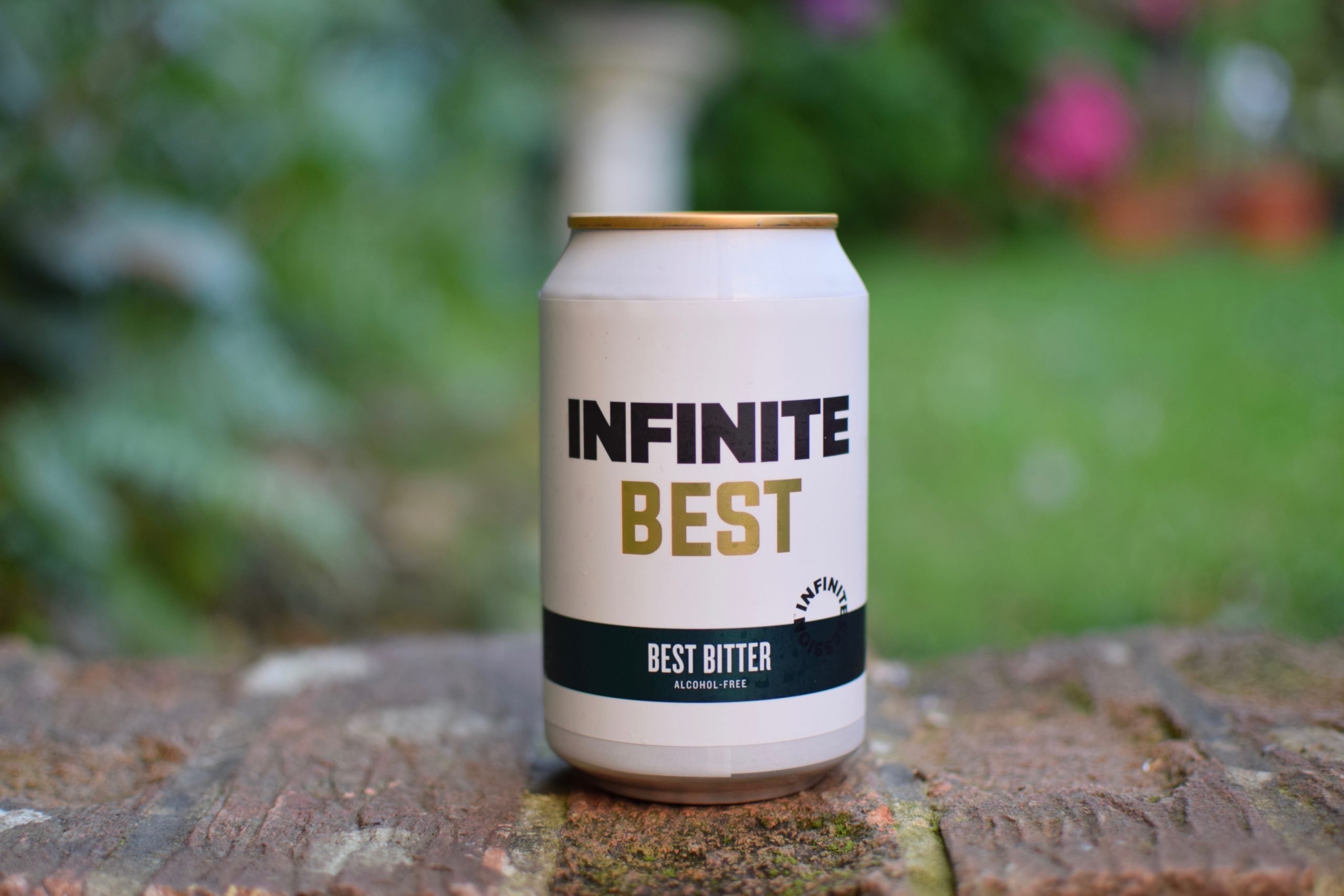