Bonfire Stout is a smokey stout-style non-alcoholic beer from Swansea’s Drop Bear Brewing Co. This review includes tastings notes and info on where to buy, ingredients and calories, carbs and sugar.

There’s something primeval about drinking a smoked beer.

No, I’m not talking about the flavours – as much as sipping on one of these beers reminds me of sitting by the campfire (or more likely, cosying up next to the crackles of a pub log burner).

It’s because smokey beers hark back to the way many beers were made before the introduction of smokeless fuel.

Back then, maltsters who used an artificial heat source to dry or roast their grains would find it nigh on impossible to keep the smoke out. Hence, many early beers would have had a smokey aroma and taste.

These days, smoked malt isn’t commonplace but it’s still used in lots of beers – including the famous Rauchbier from the German city of Bamberg – and whiskeys.

Beers that use a lot of smoked malt can be an acquired taste. But many brewers only use small amounts, with the aim of letting the other flavours shine through.

This is the case with Drop Bear Beer Co’s latest beer, “Bonfire Stout”

A complicated mix of grains – but when has making a good alcohol-free beer ever been simple?

Unlike Big Drop’s “Stout” and Brew Dog’s “Wake Up Call” coffee stout, there’s no lactose in this beer’s ingredients. So it’s suitable for vegans.

The hops are Chinook.

A heavier beer than Drop Bear’s other brews (“Yuzu Pale Ale” and “Tropical IPA“), it packs a few more calories, carbs and grams of sugar but this isn’t excessive – there’s 21 calories, 3g of carbs and 2g of sugar per 100ml.

The aroma is smokey but it’s not overpowering as there’s also some cocoa, liquorice, chocolate-covered coffee bean, oak and pine backed by a weak scent of grapefruit.

All these varied aromas complement each other perfectly.

The carbonation is low but not lacking. It creates a soft mouthfeel with light to medium body that doesn’t giveaway its status as an NA stout.

Smokey, roasted malts lead the flavours too, balancing well with espresso coffee, oat and dark chocolate. The aftertaste is woody, which balances well with a little sweetness from the chocolatey flavours and a touch of acidity.

There’s bitterness to, which grows as you sip leaving a dry finish.

After months of searching and tasting, I think I now have a dark NA beer I’ll happily sip alongside Big Drop’s “Stout”.

Bonfire Stout has a sophisticated and gorgeous aroma, a satisfying mouthfeel and a solid flavour, despite probably too much bitterness for my tastes. I’ll cope. 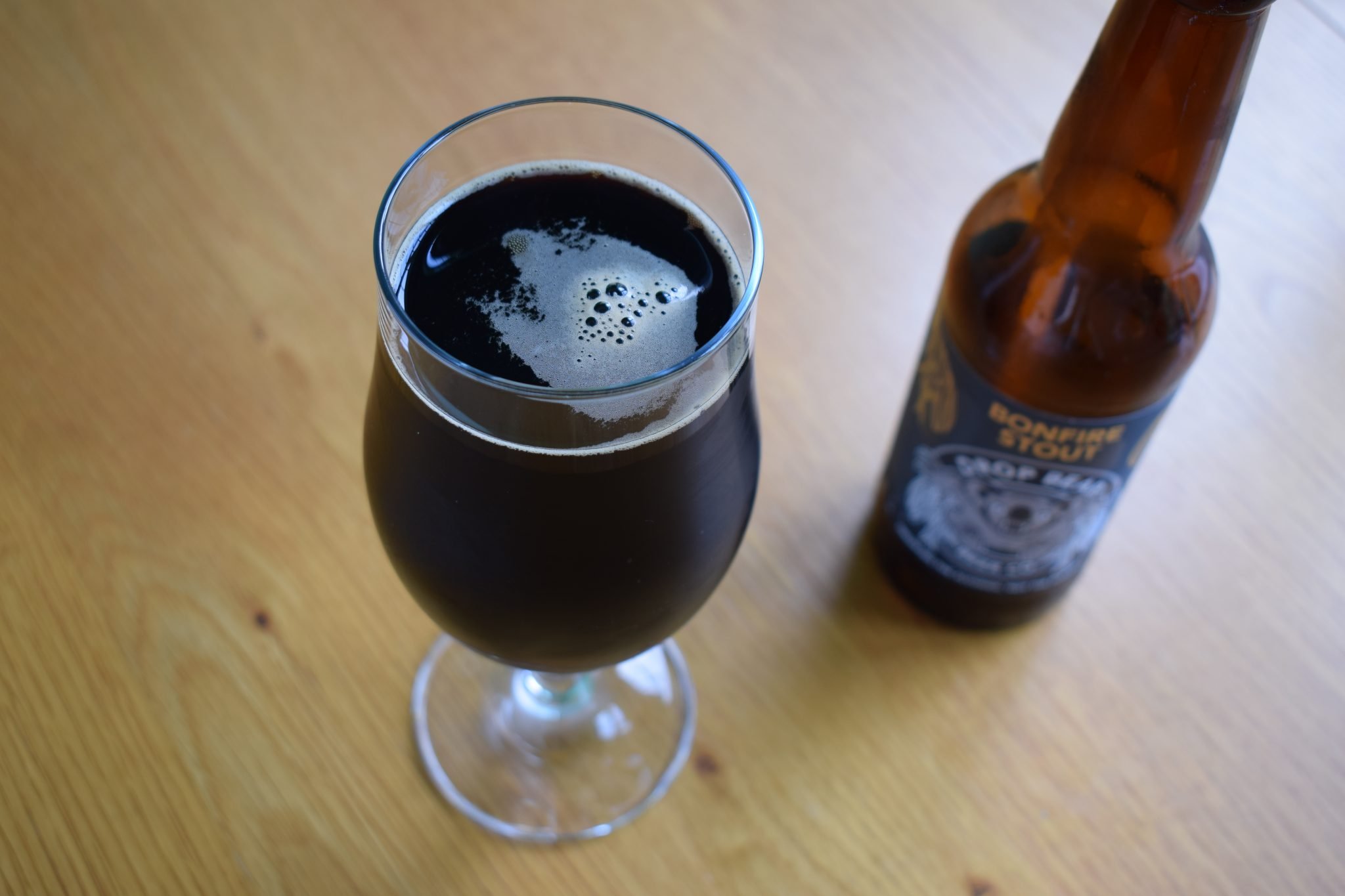